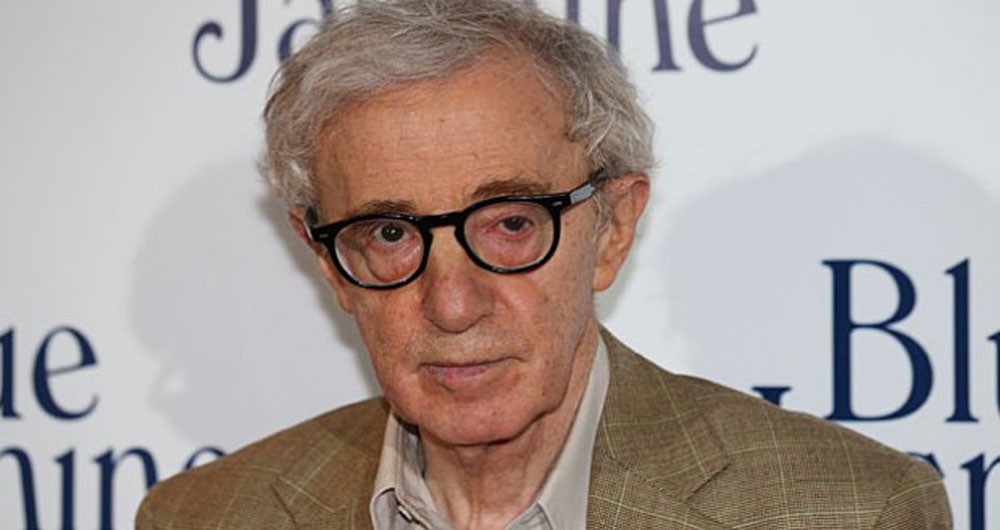 Hot out the gate from their Golden Globes win for “Transparent,” Amazon Studios announced that their next major project will be written and directed by none other than Woody Allen.

Allen, best known for “Annie Hall” and every bad impression of a Jewish man made since the late 1960s, has dominated the film industry for decades but hasn’t worked in television since the early days of shows like “Candid Camera” in the 1950s. The mogul came under fire last year after rape allegations from his daughter Dylan Farrow resurfaced and sparked national discussion but Allen’s career certainly hasn’t slowed – a Joaquin Phoenix vehicle in post-production and the new series announced by Amazon certainly isn’t shabby.

“Woody Allen is a visionary creator who has made some of the greatest films of all-time, and it’s an honor to be working with him on his first television series,” Roy Price, Amazon Studios’ vice president, said in a statement.

Though there’s no word on casting or plot, the project is slated to be released on Amazon Prime sometime next year.

“I don’t know how I got into this,” Allen joked in response to the announcement. “I have no ideas and I’m not sure where to begin. My guess is that Roy Price will regret this.”

For better or for worse, the fledgling TV company appears to be thriving on edge and controversy, this time with its creator rather than its subject matter.

[h/t to The Hollywood Reporter]

Golden Globe and Emmy nominee Benjamin Wallfisch is the composer responsible for the score of the hit movie IT. I talked to Ben about his approach to scoring the new version of this iconic story and his thoughts on film and music overall. Some very insightful commentary; listen in. END_OF_DOCUMENT_TOKEN_TO_BE_REPLACED

Rupert Gregson-Williams is an award-winning film composer. He just so happened to compose the score for this summer’s big blockbuster Wonder Woman. We talked about his beginnings in film scoring, film scores that move and inspire him and, of course, Wonder Woman. END_OF_DOCUMENT_TOKEN_TO_BE_REPLACED

Jeff Rapsis is a New England-based composer and performer. Lately, he’s been creating live musical scores for silent film screenings. I talked to him about his process and a few of his upcoming performances at The Capitol Theatre in Arlington and the Somerville Theatre. You can keep track of where else Jeff is scoring silent films here. END_OF_DOCUMENT_TOKEN_TO_BE_REPLACED

Comedian Myq Kaplan is a comedian named Myq Kaplan. He joined me in studio this afternoon, and he’s at Laugh Boston this weekend. Click here for tickets. END_OF_DOCUMENT_TOKEN_TO_BE_REPLACED

Planning on seeing Rogue One: A Star Wars Story when it opens this weekend? I joined Adam 12 to give you an idea of what to expect. But don’t worry, I didn’t give anything away. END_OF_DOCUMENT_TOKEN_TO_BE_REPLACED

My goodness, I love Sue Costello. It was great having her back in studio today to talk about her one-woman show, #IAmSueCostello, playing tonight at the Revere Hotel. Click here for tickets. END_OF_DOCUMENT_TOKEN_TO_BE_REPLACED

Trump Takes On…Boston! is running now through election night at Laugh Boston. David Carl was back in studio this afternoon to talk about bringing Donald Trump to the stage, the cathartic element (for both him and the audience) and how audiences have been reacting so far. END_OF_DOCUMENT_TOKEN_TO_BE_REPLACED

Trump Takes On…Boston! has arrived at Laugh Boston. I had comedian David Carl, who is portraying Trump, in studio this morning to talk about the show. END_OF_DOCUMENT_TOKEN_TO_BE_REPLACED