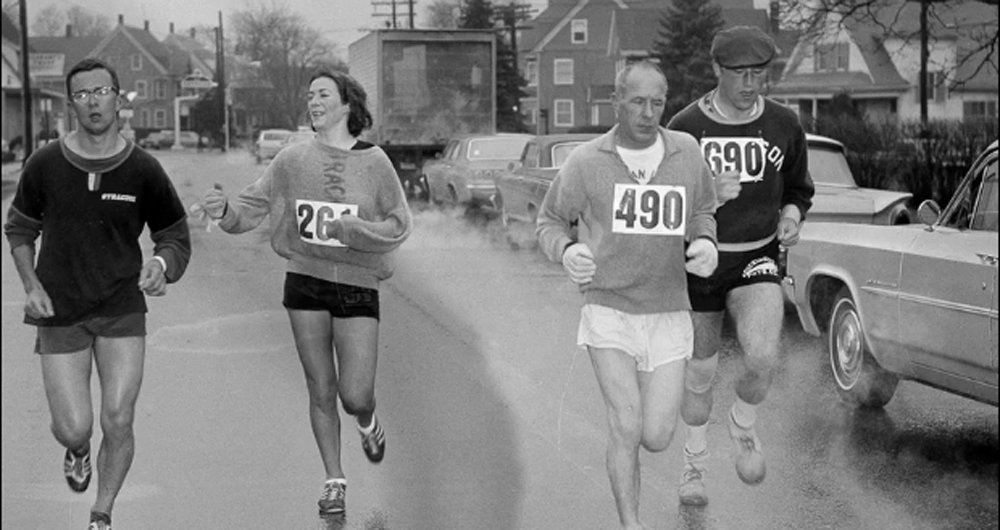 Boston is undoubtedly rich with history – as we’ve all learned when finding ways to entertain family who visit – but there’s still a lot that doesn’t make it into the museums. March is Women’s History Month, an occasion that may seem unnecessary; women’s history is just human history, right? Essentially, yes, but women have often been left out of our textbooks.

This list is partially inspired by She’s Beautiful When She’s Angry, a documentary about the women’s liberation movement by Boston-based film maker Mary Dore. The film is making rounds across the U.S. (find a screening here) and opened for a limited run at the Coolidge Corner Theater this past weekend, right in time for Women’s History Month. Some notable Boston women were mentioned, but that was just a sneak peak into some amazing ladies that came out of the Commonwealth.

Let’s take a look at a few more, shall we?

1. All of the women in the Boston Women’s Health Collective.

OK, this is a group, but for good reason: all the women of this collective (Miriam Hawley, Vilunya Diskin, and so on) worked to each write a section of what would become the all-time best-selling book on women’s health, “Our Bodies, Ourselves,” in 1971. Women realized they didn’t know much about their own bodies because they weren’t getting sufficient info from their doctors – so they wrote a course booklet that talked about everything from abortion to menopause. It’s become a quintessential coming-of-age book that still gets updated and reissued every four to six years.

Though not a Boston-native, Dunbar-Ortiz made history here when she helped to found Cell 16. The radical feminist group formed as a response to a series of murders in 1968 that spurred headlines like “More Slain Girls” in newspapers throughout the city.

“In Cell 16, we decided to make self-defense a priority for organizing, because it seemed really important in Boston,” Dunbar-Ortiz says in She’s Beautiful When She’s Angry. “We started street patrols for the factories down by the river, where women were constantly being mugged, assaulted, and raped.”

Switzer was the first woman to ever run the Boston Marathon with an official bib number (Roberta Gibb was the first to run unofficially in 1966; she hid in the bushes near the starting line). When Switzer entered the race, at the behest of many men, in 1967, she signed the form with initials that didn’t identify her as female.

She was told the distance was too long for “fragile women” to run, but she revolutionized the sports world after she was physically attacked by the race director. She campaigned to get women official status in distance races, and in 1972, the Amateur Athletics Union allowed women to participate in marathons and receive official scores. 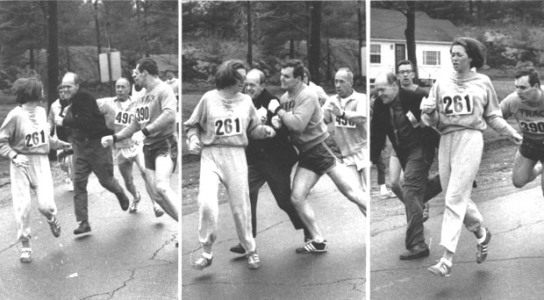 Another Massachusetts pioneer, Stone was the first woman from our state to graduate college and to use her own name in marriage. Stone edited the Women’s Journal, which was the newspaper published by the American Woman Suffrage Association – also centered in Boston – and helped found the American Equal Rights Association. She died 30 years before women won the right to vote.

Stewart was born in Hartford, CT but moved to Boston when she was 15. Here, she delivered speeches to organizations like the African-American Female Intelligence Society, at a time when women weren’t allowed to speak in public due to religious bans against women teaching. She was the first American woman to speak to a “promiscuous” audience of mixed gender and race, and the first African-American woman to lecture on women’s rights and abolition.

Basically, Boston is full of amazing women. Here’s a list of the 50 most powerful women in Boston today. And next time your extended family comes to town, forego another trek down the Freedom trail by touring the Boston Women’s Heritage Trail, a series of walks that highlights more than 200 women whose accomplishments helped shape this city.

Enter to win a pair of tickets to attend The Hess Collection Seminar and Dinner as part of Boston Wine Festival 2018 at the Boston Harbor Hotel on Wednesday, March 14th. END_OF_DOCUMENT_TOKEN_TO_BE_REPLACED

Chef David Vargas, Owner of Vida Cantina in Portsmouth, NH is hosting a one-time-only event that he created to raise money for foundations supporting immigrant workers and their families. He joined me in studio with Chef Daniel Bojorquez of La Brasa in Somerville to talk about Si Se Puede – Yes We Can Dinner on Sunday, April 2. END_OF_DOCUMENT_TOKEN_TO_BE_REPLACED

Boston band Funeral Advantage is Tyler Kershaw. And Tyler Kershaw had a fun childhood, so it seems. END_OF_DOCUMENT_TOKEN_TO_BE_REPLACED

Perry put me on to daephne and the album blew my mind. END_OF_DOCUMENT_TOKEN_TO_BE_REPLACED