Wicked Free Wi-Fi: Not Just for Feeding Your Facebook Addiction 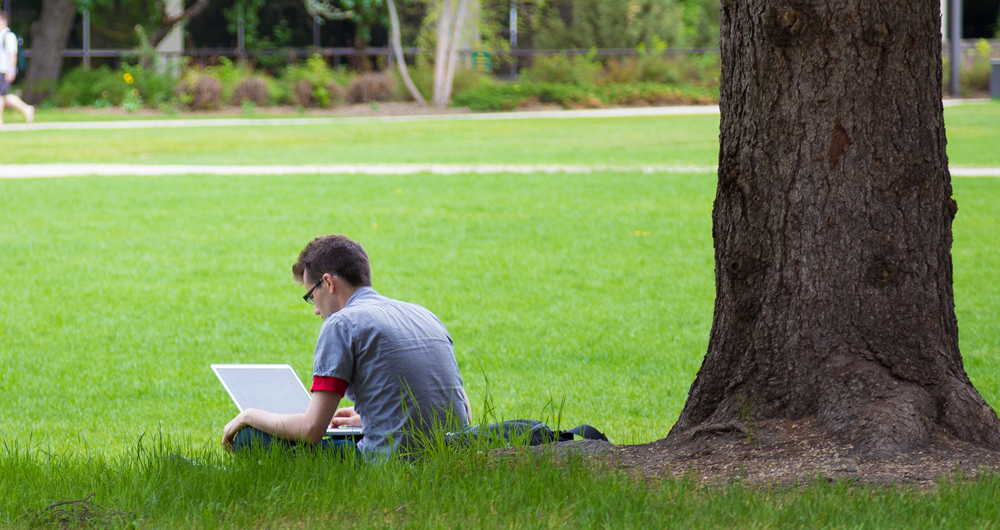 How did you apply for your last job? Did you gussy yourself up in a suit, visit a few businesses, and try your best to be likable?

Or did you apply online, like 92 percent of Generation Y job seeker did?

And how many of you have learned basic skills online to help you impress a potential employer? Is it even possible to start your own business without heavy internet use anymore?

That particular arm of the internet is what Mayor Walsh probably has in mind as he implements Wicked Free Wifi, Boston’s series of public Internet access hot spots, across the city.

“Closing the digital divide and providing free public Wi-Fi in our neighborhoods is essential,” said Mayor Walsh in a press release in April. “We want every Bostonian to have the same opportunities in today’s digital world.”

You can look for the public signage to connect to these hotspots around Boston.

And in a step clearly targeted toward taking down another brick in the digital divide, the city has announced funky new smartbenches, which someone made the poor decision to call “Soofas.” They charge your phone and connect you to the internet.

This is a two fold step. First, Boston is trying to make itself over into the super cold Silicon Valley that swears a lot to attract sexy nerds to start new tech businesses. But second, and perhaps more importantly, the city is offering opportunities to those living near the poverty line.

We’re well known for our segregation problem – Boston is not just the tourist attractions – we are also neighborhoods like Roxbury and Dorchester. We have the super rich, and we have people who struggle to get access to basic amenities. On top of that, we have a huge young adult population being crushed by student debt, who would probably love to forgo wireless bills.

Dr. Erin O’Brien, a politics of poverty expert at UMass Boston, said it’s a good start, but it doesn’t fix the whole problem.

“We still find there’s a user divide in how the Internet is used,” she said.

But she maintains that she’s impressed by the neighborhoods Mayor Walsh has selected – not just the “Beacon Hills of Boston.”

She noted that Bostonians would benefit from learning how to best seek out information on the Internet.

“The next step is education,” said O’Brien. “But having wifi access is a really big deal.”

Enter to win a pair of tickets to attend The Hess Collection Seminar and Dinner as part of Boston Wine Festival 2018 at the Boston Harbor Hotel on Wednesday, March 14th. END_OF_DOCUMENT_TOKEN_TO_BE_REPLACED

HUBweek came to Boston, and we were there to take it all in. END_OF_DOCUMENT_TOKEN_TO_BE_REPLACED

Boston band Funeral Advantage is Tyler Kershaw. And Tyler Kershaw had a fun childhood, so it seems. END_OF_DOCUMENT_TOKEN_TO_BE_REPLACED

Perry put me on to daephne and the album blew my mind. END_OF_DOCUMENT_TOKEN_TO_BE_REPLACED