Why Marvel Should Let Gwen Stacy Rest In Peace 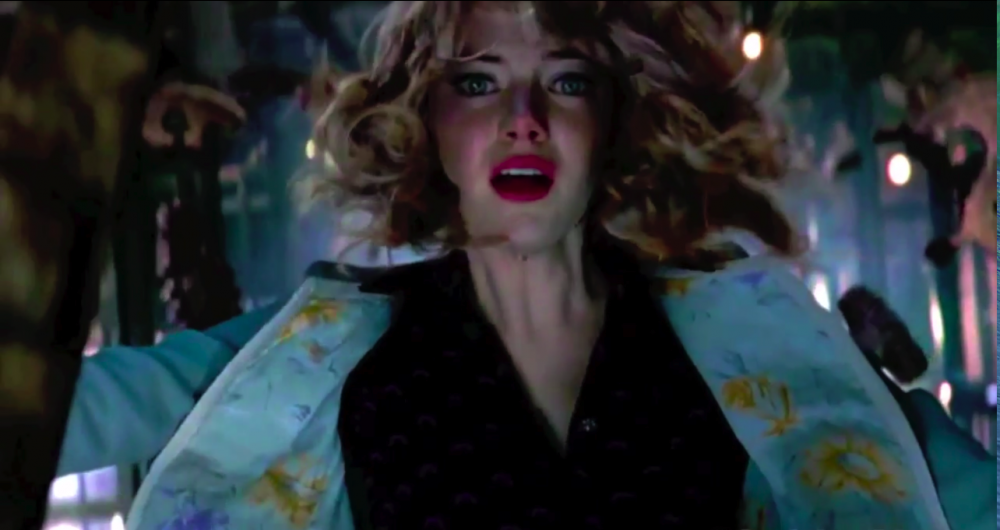 The new character is technically Spider-Woman, but adding “Gwen” to the name is supposed to add an entirely new angle. While the idea of bringing back Peter Parker’s love interest is gripping, in reality, it may not be the best move.

For those less familiar with the story, Spider-Man lost Gwen — his first serious girlfriend — in a battle with the Green Goblin, and her tragic death was an iconic moment in comic book history that illustrated the frustrating reality that the protagonist cannot always succeed.

Before delving into the Spider-Gwen phenomenon and why it wasn’t Marvel’s greatest idea, it’s important to first understand the following:

The new superheroine is not meant to be an addition to the already existing plot. She is a separate storyline where a radioactive spider bit her instead of Peter. In fact, in this world, Peter is trying to become The Lizard in attempt to be “special” too.

The buzz around Spider-Gwen originated with artist Robbi Rodriguez posting designs of the character’s costumes on his Instagram. From there, it just blew up.

Gwen Stacy was already a great character in itself and was arguably one of the best elements of the Spider-Man series. While her death was unfortunate for so many reasons, she has already been dead for approximately forty-some years and to revive her now is prolonging a story that should just be laid to rest.

Admittedly, she does have a kick-ass costume — possibly even better than the original one — but that’s probably the only cool facet. The idea of a female Spidey is compelling, but it’s not like they’re changing the character up in any way, which conceivably is a good thing depending how you look at it.

According to Nerdist, this version of Gwen holds very similar desirable characteristics in the classic Peter Parker — “sarcastic, quippy, overall likable and saddled with tons of personal problems.”

Peter has always been the staple spider-hero and creating an alternate storyline of it is slightly worrying. It’s not that there isn’t potential for an exciting new series, it has more to do with pushing and forcing this to a point where it becomes tacky.

To be clear, this is by no means an argument that a female heroine isn’t a good idea. After all, Marvel is assembling the first-ever all new female Avengers team which will be an interesting addition to the comic book franchise. Besides, it’s about time that more heroines were brought to the forefront.

Spider-Gwen is part of an important movement to better represent women in superhero comics. But other than that, Gwen Stacy is a storyline that should be left to rest in peace.

My first Field Trip (of hopefully many) was over half-a-decade in the making. END_OF_DOCUMENT_TOKEN_TO_BE_REPLACED

Melanie Gillespie is an author and the founder of Mel O’Drama School of Acting in Milton. She was in studio this morning to talk about her latest book Darlene and the Drama Queen and how acting can help kids to develop confidence. END_OF_DOCUMENT_TOKEN_TO_BE_REPLACED

Boston Author Lauren K. Stein says her new book ‘Fresh Made Simple‘ was inspired by cooking in the kitchen with her daughter Abigail. The book isn’t just for kids, though. Listen as she describes the book and as we sample some of the recipes. END_OF_DOCUMENT_TOKEN_TO_BE_REPLACED

A scenic train ride through wine country Saturday turned sour for members of a local book club; they were kicked off the Napa Valley Wine Train for allegedly laughing too loudly. END_OF_DOCUMENT_TOKEN_TO_BE_REPLACED

END_OF_DOCUMENT_TOKEN_TO_BE_REPLACED

Avi Shemtov is the chef/owner behind the popular Chubby Chickpea food truck, which serves a fusion of Mediterranean and American cuisine. His new book, “The Single Guy Cookbook: How to Cook Comfort Food Favorites Faster, Easier and Cheaper Than Going Out,” is out now. We talked about it and sampled some dishes! END_OF_DOCUMENT_TOKEN_TO_BE_REPLACED