Why, Exactly, it is a Struggle for Allston Rock City Hall and Other Boston Venues to Open

As you well recall, we gave you the virtual tour of Allston Rock City Hall (ARCH) back in January. Cleverly named after one of its neighborhood’s most endearing monikers, the Everett Street space was, at the time, getting ready to launch and showcase the local music scene. Given the thriving DIY scene that already exists in the neighborhood, as well as the number of established, if not iconic Allston venues, ARCH on the first floor of Studio 52 itself was in prime position to become a critical piece of Boston’s artistic culture.

The place has since opened, but it’s been suspiciously quiet. Having not yet acquired the right permits from the city to host shows, the space currently operates as an art gallery and private event facility under the name ARCH Gallery.

Owner Rich Anton told Vanyaland they’ve not yet “completely abandoned [the] quest for live entertainment,” though a definitive timeframe for when bands might be able plug in is not yet available.

“We are just navigating that path very carefully, which we expect will take a good amount of time,” he told the website.

City spokeswoman Melina Schuler told BDCwire the city remains available and open to assisting the hall’s management with its plans for the site. Additionally, she took some time to elaborate a bit on the permitting process and what ARCH – and other prospective venues – need to do in order to land the coveted live entertainment permit from the Consumer Affairs and Licensing Board.

The ultimate goal of all this is to host shows, but there is, of course, some bureaucracy to wade through first. Consider this a brief primer on the process. 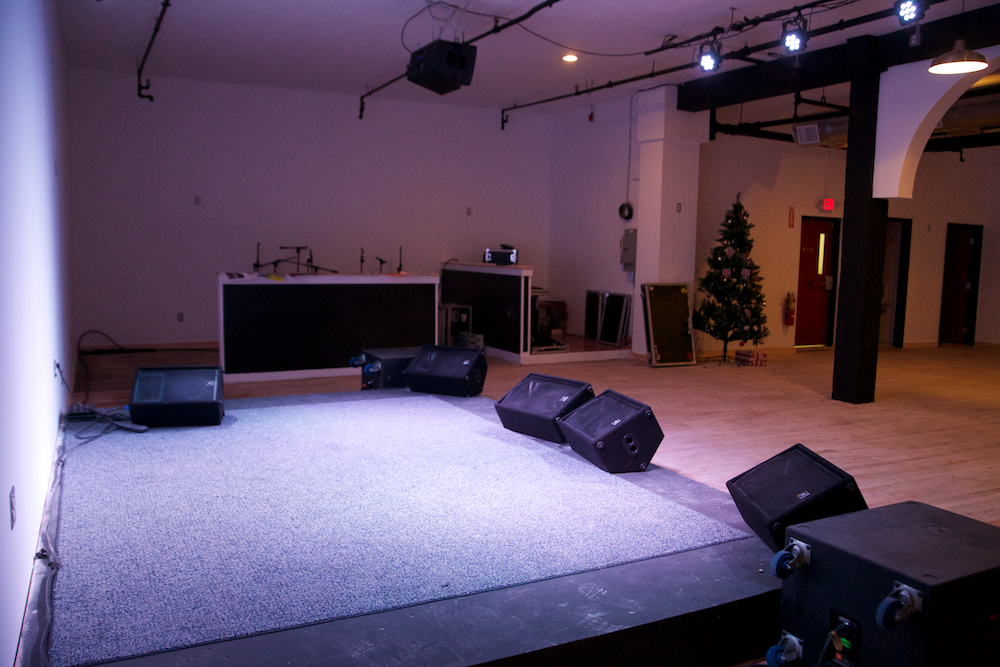 To start, a venue’s given certificate of occupancy must allow for live music in the first place. Currently, said Schuler, ARCH has a permit to use the space as a production and artist studio, but must amend its certificate through the Inspectional Services Department to get shows going.

This also requires a public hearing. ARCH is now in the process of adjusting its occupancy permit, added Schuler, though there is no current date set for a hearing per the applicant’s request.

Further, for any venue with capacity exceeding 50, it must attain an assembly permit from the Boston Fire Department (BFD) for reasons relating to public safety.

Cleared by the ISD and BFD, then a live entertainment permit is, theoretically, within reach.

It’s also worth noting that in reorganizing the cabinets and departments of the city, Mayor Marty Walsh introduced an Arts & Culture cabinet in January with the express purpose of supporting arts in the Hub. Such an outfit, hopefully, will be able to help creative entrepreneurs through these permitting processes, as well as streamline any potentially burdensome aspects of giving bands new places to play. If Allston Rock City Hall is any indication, however, the hoops in place require more than just a bit of effort to jump through.