Who is J.K. Simmons? Why the Classic ‘That Guy’ Is Hitting the Big Time 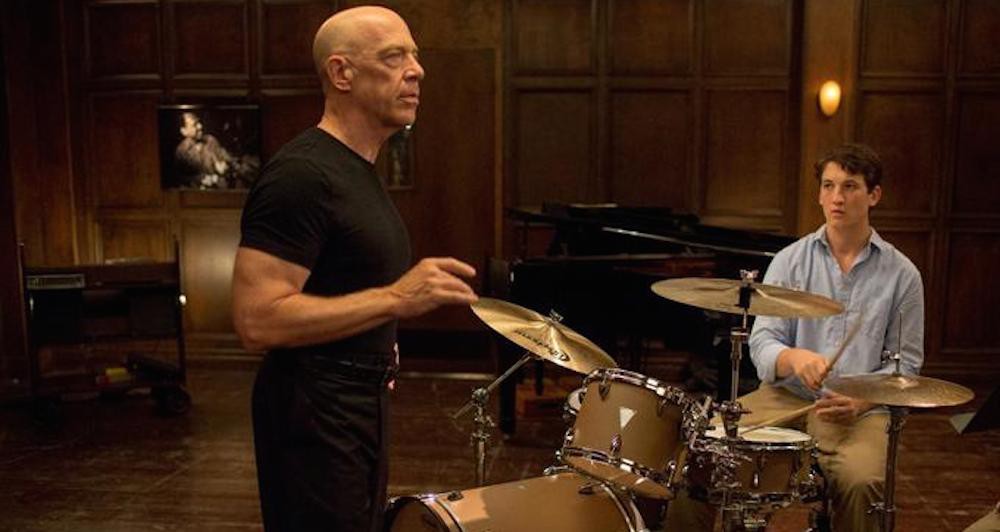 Earlier this week, NBC released promos for this weekend’s Saturday Night Live, hosted by J.K. Simmons. Film and television aficionados are no doubt pleased that Simmons has risen to prominence after two decades of character actor work, winning numerous awards for his role as abusive conductor Terrence Fletcher. But many others simply know Simmons as “that guy,” the man who has been showing up in small but memorable roles for years, but never in the types of career-making lead performances that make him a household name.

So what makes Simmons ‘that guy’? The answer, as described by the That Guy database: “Have you ever been watching TV or a movie and pointed to the screen and said, ‘Hey! It’s That Guy!’? That Guy is easy to recognize and difficult to place. You can describe him but not name him.” For many, that description fits Simmons to a T.

But now “that guy” is fast becoming the guy, likely to take home an Oscar at the end of February and make you laugh tonight night on NBC. But how did he get to that point? To help you look knowledgeable in front of your culturally savvy friends, we’re going to give you a rundown of some of the roles J.K. is most known for, from highbrow HBO dramas and Oscar-nominated films to car insurance commercials.

Before The Sopranos ushered in the golden age of television, the network pioneered its “too gritty for cable” trademark with the prison drama Oz. One of Simmons’ earliest roles (and only leading one early in his career) came on this show, where he played neo-Nazi Vern Schillinger, the sadistic leader of a gang of white supremacists who held their own among the dangerous gang rivalries in Oswald Maximum Security Prison.

The show saw many of its stars later achieve fame in other, more popular shows, including Christopher Meloni (Law & Order SVU), Lauren Velez and David Zayas (Dexter) and J.D. Williams (The Wire). Though Simmons may still be a “that guy” to many people, partly because Oz never reached the popularity of The Sopranos, it was noteworthy enough to be parodied on Saturday Night Live, where Simmons appeared with Jerry Seinfeld 16 years before his proper SNL debut tomorrow night.

Seinfeld in Oz by renzo433

Though Triple J was another supporting role for Simmons, it was in one of the more popular blockbuster film series of the early aughts. His cantankerous, self-righteous, rapid-fire delivery was perfect for the role of Jameson, a character whose villainy was undercut by his constant failures to nail Spider-Man and by how little of a threat he posed compared to the likes of the Green Goblin and Doc Ock.

Tragically, perhaps the role many Americans associate Simmons with is as the spokesman for Farmers Insurance, a job he has held for several years now. Not necessarily a glamorous role, but given how often they run, it’s a good bet that most Americans recognize Simmons from this.

In a funny coincidence, one of Simmons’s Oz costars, Dean Winters, is also most recognized by average Americans for his insurance commercials with his role as Mayhem in a continuing series of Allstate commercials. 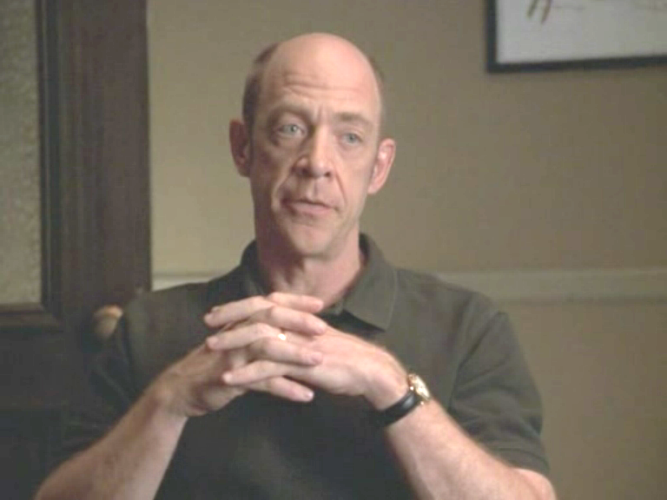 Perhaps no genre is more prone to “that guys” than the crime procedural. With 30 years worth of 100 different iterations of Law & Order: Crime Scene Investigation Squad: Miami Metro Homicide: SUV Team, it can be hard to keep track of the various Officer So and So’s and Detective Whatshisface’s that have used unconventional methods and refused to play by the rules while finding the bad guy. That’s how you find yourself in conversations like this:

Well that guy, in this case, is J.K. Simmons, and he played Dr. Emil Skoda in 53 episodes spread between three different Law & Order shows from 1994 to 2010.

As Ellen Page’s aggrieved yet accepting father, Simmons took a different tack from the gruff, no-nonsense persona he had cultivated through past roles, including his turn as a tobacco executive in Thank You for Smoking, another of Juno director Jason Reitman’s films.

As the father of a pregnant teen, Simmons could have easily pulled from the well of vein-popping fury. But even when he comes face to face with the baby’s father (Michael Cera, giving a typical deer in the headlights performance), he exercises restraint. Along with his brief (but important) role as a CIA bigwig in the Coen Brothers’ Burn After Reading, Simmons was quickly cementing himself as a fixture of quirky indie films.

These are just a few of the 147 credits Simmons has amassed in his career, soon to be 148 when he appears on SNL this evening. But with most Oscars prognosticators predicting Simmons will take home the Best Supporting Actor Oscar for Whiplash (building on his Golden Globe win for the same role), now is as good a time as ever to get to know his name.

Golden Globe and Emmy nominee Benjamin Wallfisch is the composer responsible for the score of the hit movie IT. I talked to Ben about his approach to scoring the new version of this iconic story and his thoughts on film and music overall. Some very insightful commentary; listen in. END_OF_DOCUMENT_TOKEN_TO_BE_REPLACED

Rupert Gregson-Williams is an award-winning film composer. He just so happened to compose the score for this summer’s big blockbuster Wonder Woman. We talked about his beginnings in film scoring, film scores that move and inspire him and, of course, Wonder Woman. END_OF_DOCUMENT_TOKEN_TO_BE_REPLACED

Jeff Rapsis is a New England-based composer and performer. Lately, he’s been creating live musical scores for silent film screenings. I talked to him about his process and a few of his upcoming performances at The Capitol Theatre in Arlington and the Somerville Theatre. You can keep track of where else Jeff is scoring silent films here. END_OF_DOCUMENT_TOKEN_TO_BE_REPLACED

Planning on seeing Rogue One: A Star Wars Story when it opens this weekend? I joined Adam 12 to give you an idea of what to expect. But don’t worry, I didn’t give anything away. END_OF_DOCUMENT_TOKEN_TO_BE_REPLACED

Always a pleasure to have Boston.com’s Perry Eaton in studio for a chat. After we talked a bit about Pearl Jam at Fenway and Perry’s new podcast, he filled us in on Game of Thrones live and Narragansett’s new Bananagrams-themed brew. END_OF_DOCUMENT_TOKEN_TO_BE_REPLACED