Which Playoff Team Should Boston Hockey Fans Root For? 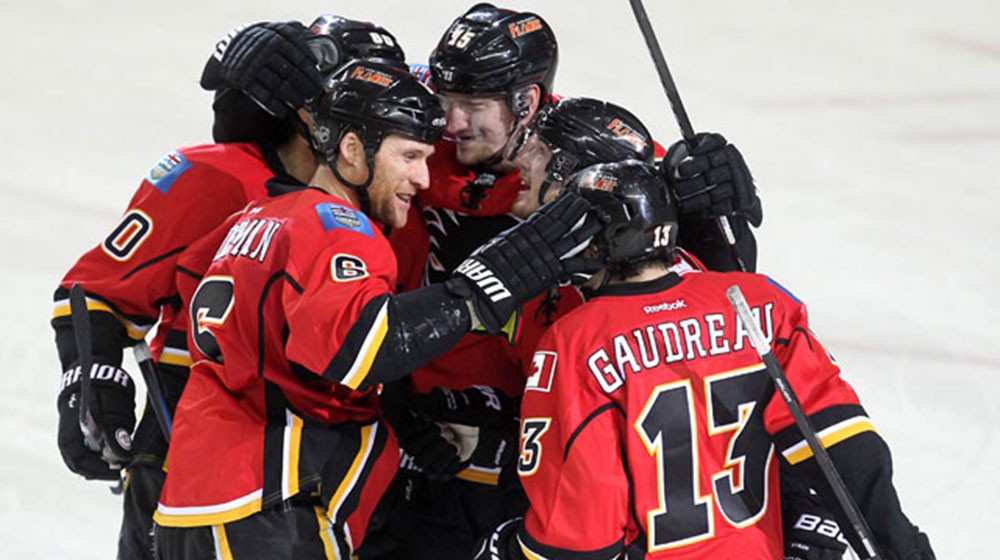 The dream is dead for 2015. Your Boston Bruins floundered down the line, muffing a chance to clinch their destiny against the Florida Panthers and ultimately being bumped from the Stanley Cup Playoffs by the Pittsburgh Penguins. Ouch.

But that doesn’t mean you need to stop watching hockey altogether.

On the contrary, there is still a litany of Boston-related players out there competing for Lord Stanley’s hardware. Former Bruins, natives of Massachusetts, and players who suited up for Boston-area colleges make up a big percentage of the teams still in the fray, you just have to suss out which team is most worthy of acting as a stand-in for the Black and Gold.

We’ve taken the time to tabulate that for you, combing each of the 16 contenders’ rosters in search of the team you should be rooting for to win the 2015 Stanley Cup.

The Rangers solidified their bid to be the most Boston non-Boston team in the NHL when they acquired Milton native Keith Yandle at the trade deadline. In addition, they boast Topsfield’s Ryan Bourque, son of hockey god Ray Bourque, among their ranks. Bourque unfortunately didn’t follow the footsteps of his brother (former Bruin and BU Terrier Chris Bourque), opting to play juniors in the QMJHL, but his place on the score sheet is enough to qualify the NYR as honorary stand-ins for the Big Sad Bruins. Also, recent BC Eagles Kevin Hayes and Chris Kreider as well as Harvard alumnus Dominic Moore make the boys from Broadway more appealing to the NCAA fans in the Bay State. Too bad Concord’s John Tortarella isn’t the bench boss in New York anymore.

It’s an absolute sacrilege to root for the Bleu, Blanc, et Rouge, and these numbers don’t exactly inspire any local love for Boston’s northern rivals. Save for Lynnfield native Brian Flynn and Sergei Gonchar — who played a total of 15 games with the Bs before the 2004-05 Lockout — no one on this roster is even tangentially linked to the Bay State. That’s probably for the best. 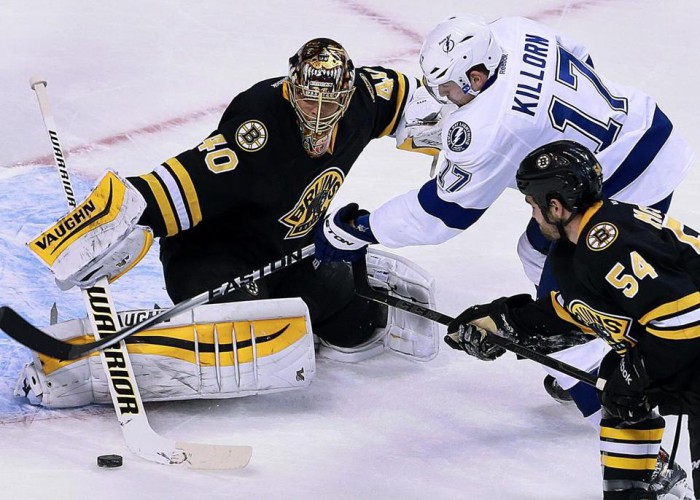 Despite the fact that the Bruins and the Bolts have been good trade partners in the past, no former Bruins currently skate for Tampa Bay. Pride of Hingham Brian Boyle shoulders the load of being the only Massachusetts-born player as well as one half of the Lightning’s total Boston-area alumni (the other being former Crimson representative Alex Killorn).

It’s hard to muster any love for the Caps, especially considering the Alex Ovechkin-led squad are playoff kryptonite to the Black and Gold. Former Natick local John Carlson is the sole Massachusetts boy on the roster, but Brooks Orpik not only attended Thayer Academy but was also a three-year man at Boston College before going on to be the most comically overpayed player in the NHL.

Though it pains Bruins fans to remember that Johnny Rockets is manning the blue line on Long Island now, nostalgia for the booming D-man is nearly enough to make the Islanders a backup pick. Waltham’s Brian Strait was also on the BU squad that won the Beanpot and NCAA Championship in the same season, so that alone is plenty of reason for goodwill. Beyond that, the Isles were famously ruined by the ineptitude of NESN sportscaster, former Bruin, and Brighton native Mike Millbury, so Boston owes this much-maligned franchise some good karma.

Straight zeroes across the board for this Original Six franchise. Though the Wings boat two University of Maine products (Jimmy Howard and Gustav Nyquist), that doesn’t qualify them for any extra affection. Here’s hoping they get swept in the first round, I guess.

Though the Bruins host two former Senators (Chris Kelly and Zdeno Chara), the Sens have dispensed with anyone whose ever sported the spoked B. BU representative Eric Gryba earns some goodwill, but the fact that Peter Chiarelli, the tepid GM of the Boston Bruins, came from Ottawa means that this team won’t be getting any supporters from New England regardless of who they suit up.

A New Hampshire native, Ben Lovejoy played for Deerfield Academy before doing a single year at Boston College,and Craig Adams had a one-season flirtation with Harvard before going pro. Rob Scuderi, on the other hand, did all four years on Chestnut Hill, but other than that, there’s not much to like about this squad.

Nate Thompson was a Bruins draft pick in 2003, but he only played four games with the big club before being claimed off waivers by the Islanders. Other than that, the formerly mighty Ducks don’t have much in the way of a Hub pedigree, though Northeastern fans may still adopt this team for Josh Manson, who spent three seasons as a Husky. 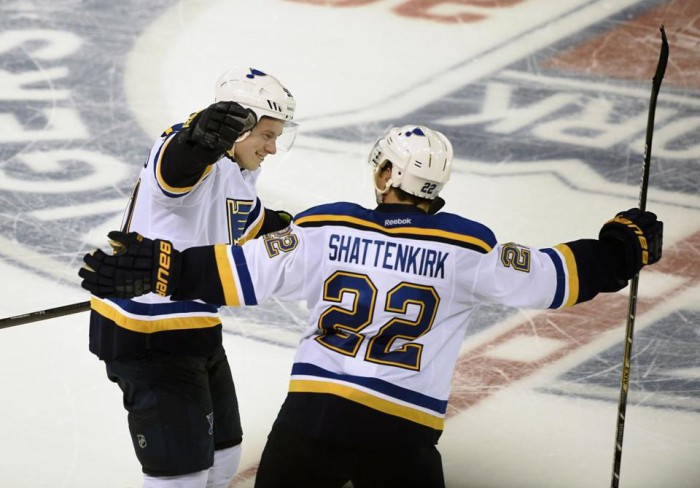 Chris Butler’s dad Doug was a fifth-round selection by Boston in 1977, but that’s the closest the St. Louis squad gets to hosting a former Bruin. However, former Terrier captain and 2009 NCAA National Champion Kevin Shattenkirk is beloved enough in the City on a Hill that plenty of Bruins fans would gladly trade their black and gold for blue and white.

It’s already tough to cheer for the team that beat the Bruins in the 2013 Stanley Cup Final, and Chicago’s roster doesn’t do much to convince you otherwise. Kris Versteeg was a Bruins prospect before we shipped him out for, amazingly, Brandon Bochenski. Duncan Keith grew up as a Bruins fan, so there’s that, at least.

Ugh. The Montreal Canadiens of the Western Conference. If Boston’s front office had pulled off either the Zach Kassian or Alex Edler trades this March, there might be some former Bruins worth cheering on, but BU three-year man Nick Bonino is left alone to represent Boston in Vancouver. 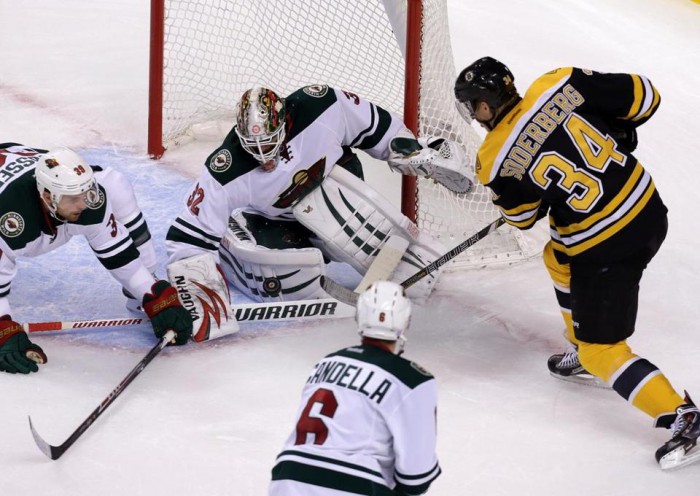 Gotta love Weymouth boy Charlie Coyle, who spent his whole career in Massachusetts (with Weymouth High, Thayer, the South Shore Kings, and the BU Terriers) before going pro, and Christian Folin, one of only two UMass-Lowell representatives in this rundown. The rest of the team? Not so much.

Remember Blake Wheeler? What about Mark Stuart? They’re the puzzle pieces that brought Rich Peverely and Boris Valabik to town during the 2011 playoff push. Even if you have some weird affection for these two (or past Lowell Riverhawk/future roster cut Connor Hellebuyck), it’s not worth investing any energy in this team. The chances of them making it out of the first round are exceptionally low. That is, unless former Bruins draftee Michael Hutchinson can save the day. 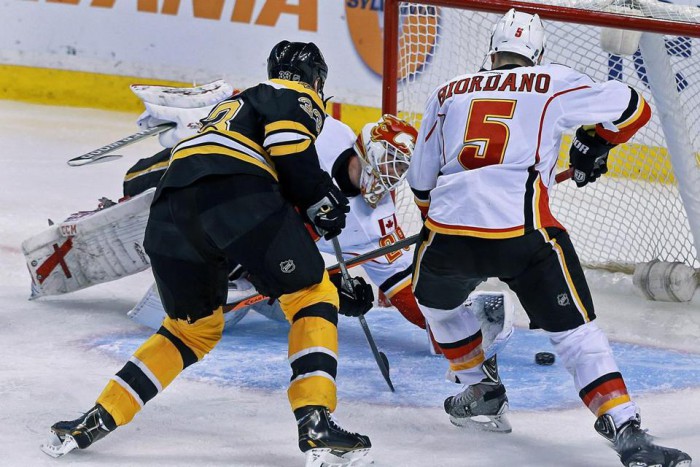 Joe Colborne, a former Boston first-rounder who was a throw-in in the Phil Kessel trade, pops up on the roster here to remind Bruins fans we could’ve drafted Jordan Eberle instead, as does Dennis Wideman, who’s been convincing NHL clubs he’s good since leaving Boston five years ago. Corey Potter also pokes his head in to remind you he isn’t dead. But Calgary has two X factors that should make them your de facto Western Conference pick. First, Providence’s Brendan Burke (father of cult hockey hero Brendan Burke) runs the show in Calgary. Second, Johnny Gaudreau, former Boston College Eagle with hands of silk, is just a fun guy to watch, especially when he’s winning.

The Black and Gold continue their run tonight at TD Garden. END_OF_DOCUMENT_TOKEN_TO_BE_REPLACED

Who will make the Class of 2018? END_OF_DOCUMENT_TOKEN_TO_BE_REPLACED

It’s been awhile since we talked Black and Gold. END_OF_DOCUMENT_TOKEN_TO_BE_REPLACED

You’re going to wish you were in the Northern Alps. END_OF_DOCUMENT_TOKEN_TO_BE_REPLACED

END_OF_DOCUMENT_TOKEN_TO_BE_REPLACED

Bill might be “on to Tennessee,” but we’re not. END_OF_DOCUMENT_TOKEN_TO_BE_REPLACED