What to discuss at bars: Sox fan in charge of NYC, wrong Walsh 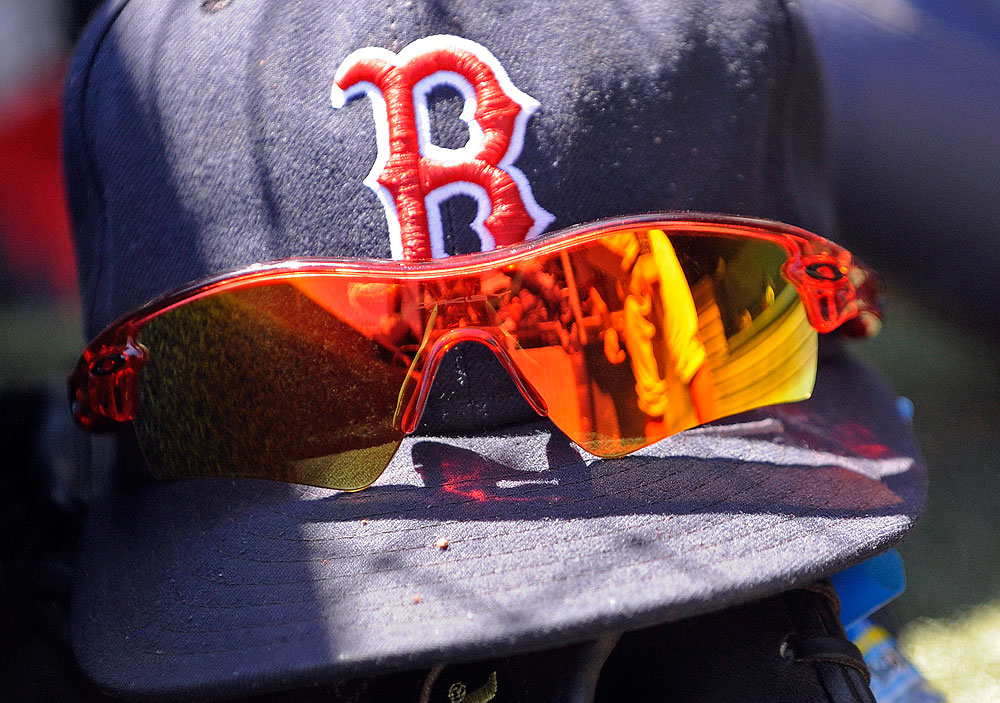 Election season is over and the federal government is trying to take away your precious Lard Glob snacks. You’re feeling sad. But there’s still plenty of possible celebrations on the horizon: Tuition rates are going down, gay bashing in the workplace might become illegal (if the House approves it — don’t hold your breath), and Red Sox Nation is infiltrating New York. Chin up, fans of Connolly and casinos. The beer goes down faster if you keep your chin up. Here’s our guide to what to talk about at the bars this weekend.
Vice President Joe Biden called mayor-elect Marty Walsh to congratulate him … but it was the wrong Marty Walsh. Instead of calling the Dorchester state rep, Biden said, “You son of a gun … You did it!” to a former aide to the late Massachusetts Sen. Ted Kennedy, who happened to be in the vice president’s address book. (Probably Siri’s fault.) As a fun Friday night drunk prank, call the 974 Marty Walshes who reside in Boston and give them all gruff congratulations.

Universal Hub reports that police blew up a suspicious-looking pressure cooker on Commonwealth Avenue on Thursday. Sorry Allston, we’re all still too shaken up for your renegade street chili.

The Senate has approved legislation outlawing workplace discrimination against gay, bisexual, and transgender Americans, something that we unbelievably don’t already have. Your weekly pick-up line: “If I said you are a capable employee no matter what you do with your body in your free time, would you hold it against me?”

Our former senator and current Secretary of State John Kerry is facing the same old debate over continued Jewish settlements in the West Bank as he gets mired the decades-old stickiness that is Middle East peace talks between Palestine and Israel. Luckily, Kerry has unparalleled patience for repetition and long, rambling talk that doesn’t go anywhere, if he’s ever listened to himself speak.

The Food and Drug Administration is seeking to ban trans fats. (“Told you so,” all residents of California said in unison, while stuffing hemp seed and kale chips into their mouths.) Time to start hording Twinkies … again.

Voters in East Boston turned down Suffolk Downs’ casino bid, prompting the company to explore plans to build the development on the Revere side of its property. Not in your backyard, Eastie? How about in the yard adjacent to your property?

Lesley University has announced it will cut undergraduate tuition rates by 25 percent — and it will also cut financial aid by the same margin, which doesn’t make it any more affordable but will help prospective students get over “sticker shock.” Cheers?

A 22-year-old from Michigan dressed up as a Marathon bombing victim for Halloween and then tweeted her picture. (Her classy Twitter handle? @someSKANKinMI.) But don’t get mad and fantasize about destroying her life. The Internet already beat you to it.

New York’s new ultra-progressive mayor Bill de Blasio is a Red Sox fan, proving either that we’re much more invested in this rivalry than Yankees fans are or that the Venn diagram of voters who are also sports fans is just as slim as you might think.

New bar trivia game: Guess the context of this news bite from the New York Times: “’What about devil worshipers?’ Justice Scalia asked.” Everyone has to buy the person with the most creative answer a beer.

Enter to win a pair of tickets to attend The Hess Collection Seminar and Dinner as part of Boston Wine Festival 2018 at the Boston Harbor Hotel on Wednesday, March 14th. END_OF_DOCUMENT_TOKEN_TO_BE_REPLACED

This year, the festival is welcoming more female wine producers than ever before, making up 20% of all winemakers that will be at the festival. END_OF_DOCUMENT_TOKEN_TO_BE_REPLACED

The holidays are here, so raise a glass. END_OF_DOCUMENT_TOKEN_TO_BE_REPLACED

‘Tis the season to mix a nice, stiff drink. END_OF_DOCUMENT_TOKEN_TO_BE_REPLACED

Warm up with Tito’s on your sweater and Tito’s in your glass. END_OF_DOCUMENT_TOKEN_TO_BE_REPLACED

There’s a ton going on at Idle Hands in Malden this spring. Dan McDonnell and Josh Deering joined me in studio to talk about Maifest, what’s new in the Taproom, and their collaboration with The Black Ale Project. Oh, and don’t miss Idle Hands at BeerAdvocate’s Microbrew Invitational next month! END_OF_DOCUMENT_TOKEN_TO_BE_REPLACED

Giovanna Guzman is the marketing coordinator at Kings Bowl, who you can visit in the Back Bay, Burlington, Lynnfield, Dedham, and soon in the Seaport. We talked beverages, naturally, seeing as it’s Thirsty Thursday. And we sampled sangria. And it was soooo good. END_OF_DOCUMENT_TOKEN_TO_BE_REPLACED

These five words might change your life: Farmer Willie’s Alcoholic Ginger Beer. Co-founders Nico Enriquez and Max Easton were in studio with me this morning. Nine-packs and kegs of Ginger Session coming next week! END_OF_DOCUMENT_TOKEN_TO_BE_REPLACED

Chef Avi Shemtov–he of the Chubby Chickpea and Single Guy Cookbook–was back in for a visit this morning to talk about his latest venture. TAPPED is a mobile beer catering company that specializes in on-site draft pours of both craft beers and mainstream brands. Thirsty yet? END_OF_DOCUMENT_TOKEN_TO_BE_REPLACED