When you’re 21-year-old Olympic gold medal-winning gymnast Aly Raisman and you’re stripping down to your bodysuit—and no, we’re not talking leotards—for the ESPN The Magazine Body Issue, do you wear little pasties here and sticky things there?

That would be a no.

“You’re literally fully naked; there’s nothing covering at all,” she says. 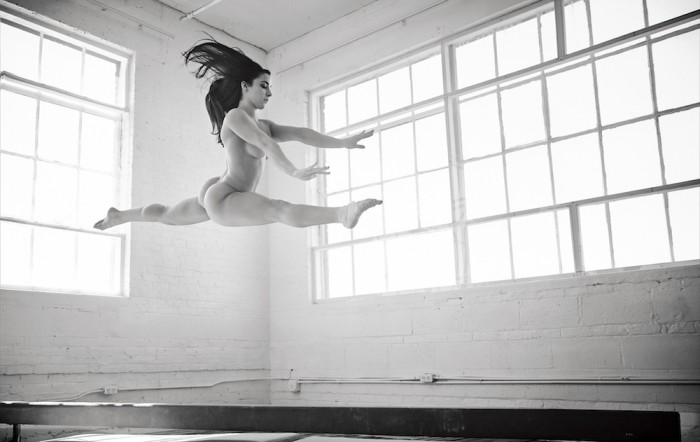 Raisman wore a robe between shots, when makeup artists and hair stylists would swoop in and sets would change.

But while she did take a nude bra and underwear with her to the shoot for test shots and to practice her moves in, she never ended up putting those on.

“We kind of just went right for it,” Raisman says. “It was one of those things where, like, you go big or go home. You’re doing something that crazy, you might as well just forget that you’re naked and be really confident and really comfortable.” 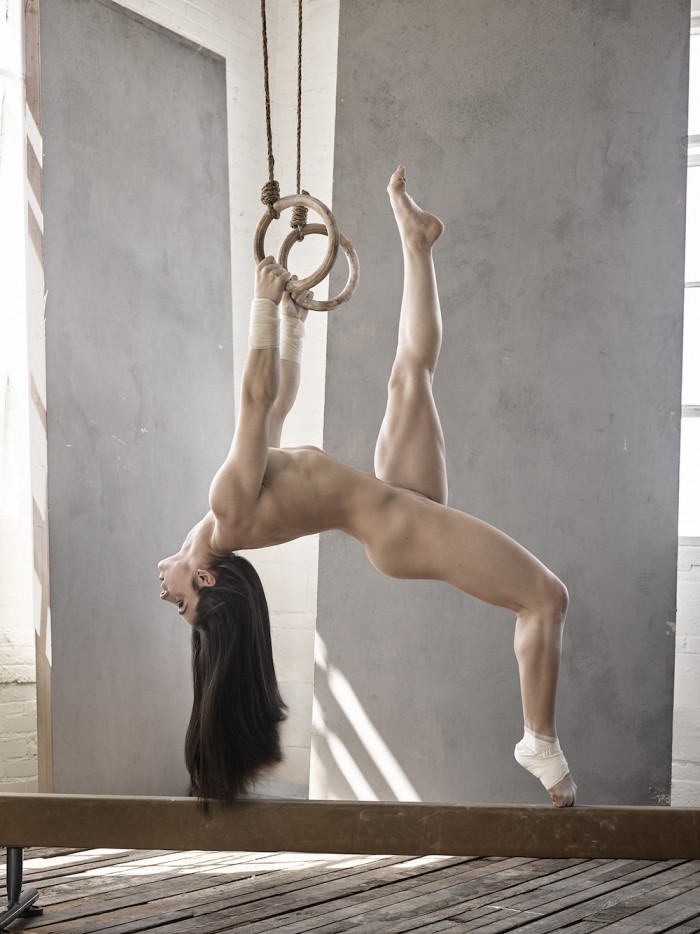 It doesn’t sound like Raisman gets stage fright, either.

By the end of the shoot, she says she counted 23 people in the room with her—no big thing. She took her mom, 15-year-old sister, and aunt along with her to the shoot (“I wanted them to be honest with me and tell me if they didn’t like a pose”). There were a few people from ESPN, Raisman says, as well as the photographer, of course. “They had someone holding a fan up for my hair. Someone had to check the lighting,” she explains. “Even though 23 people sounds like a crazy amount, that’s how many people they needed for the shoot.” 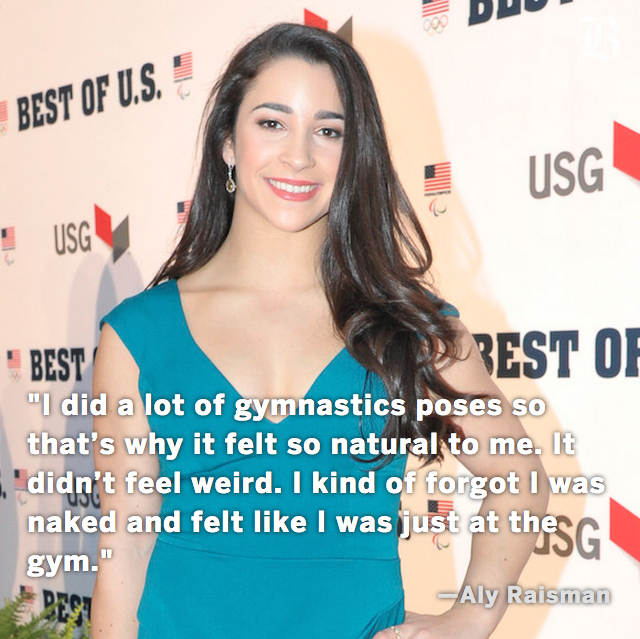 Raisman says that participating in the Body Issue was “actually one of [her] favorite things” and that she surprised herself with just how relaxed she felt doing gymnastics in the buff.

“Right now, I feel the most confident I have in my whole life, but that doesn’t mean that I’ve always been like that,” Raisman says.

“Actually, when I was younger, I think I was a little bit more insecure when I was in high school and stuff. So I think that I wouldn’t have been able to do the Body Issue a couple years ago.”

She says one thing that’s helped her is to wake up, look in the mirror, and—rather than picking apart her body—pick out a few things about herself that she likes.

“Sometimes, when you look through magazines or you see these beautiful models, it’s hard because you want to compare yourself to them,” says Raisman, who is a spokesperson for Walden Behavioral Care, a healing institution for individuals and their families suffering from eating and psychiatric disorders (she says she’s never suffered from an eating disorder herself), and a positive body image advocate. “Although they’re stunningly beautiful, I’m not someone who’s six feet tall and super, super skinny, I’m not a size zero, so I could never look like that. I’m 5’2”, and I ‘m really strong and muscular so it’s completely different.”

That’s the beauty of the ESPN The Magazine Body Issue, she says.

“It’s great to look at this issue because athletes’ bodies are so different, but they’re all so amazing in their own way.”

All photos from the Body Issue: Mark Seliger for ESPN The Magazine