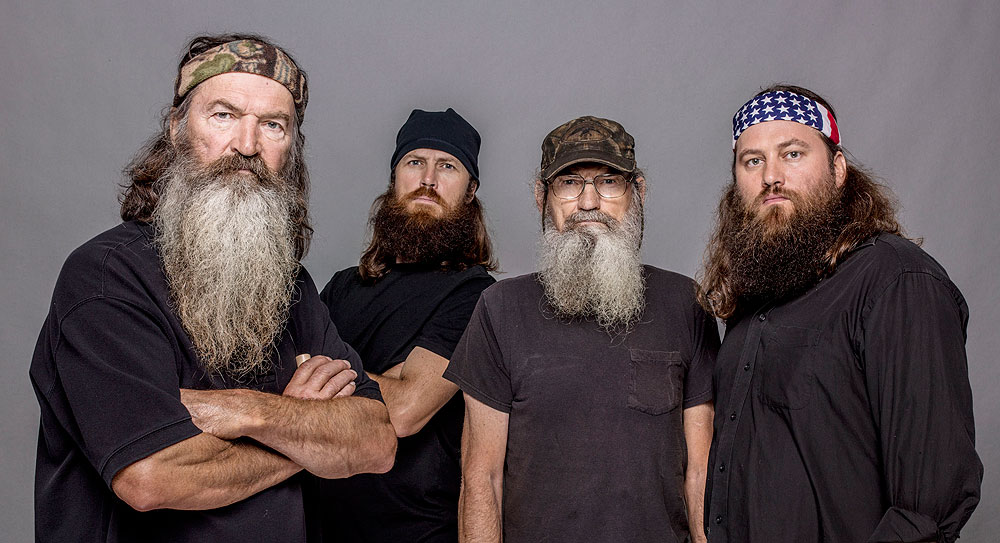 Many people are criticizing “Duck Dynasty” today after one of its stars made anti-gay remarks. But chances are, the controversy will only strengthen the fervor of some of the show’s core fans. In October, one member of Boston-based open government start-up MuckRock asked the Federal Communications Commission for complaints filed against “Duck Dynasty.” Turns out, the majority of complaints aren’t negative at all, but instead praise the show’s down-home Christian values.

Where most people call the FCC to complain about a show, network, or nip slip, most of the FCC’s file on “Duck Dynasty” come off more like five-star reviews. What few complaints the FCC has received about the show arose only when unwholesome material snuck in via commercial breaks.

All quotes below are precisely as written to the FCC.

“My family was watching Duck Dynasty when a commercial for the new program Naked & Afraid came on showing men’s NAKED REAR ENDS!!!!,” a woman from Benton, Ark., still shaken from the sight, wrote to the FCC. “My husband and I both grabbed for the remote as our 9 and 5 year old daughters were watching!!!! Who puts this kind of crap on t.v. anyway????”

She closed, “NOT HAPPY AT ALL that my family can’t even watch Duck Dynasty together without seeing naked butts on our television screen!!!”

Phil Robertson, one of the show’s principal characters and the TV family’s patriarch, made inflammatory remarks to GQ about his opinion that homosexuality is a sin. “It seems like, to me, a vagina — as a man — would be more desirable than a man’s anus. That’s just me,” he said.

A&E has suspended Robertson, but some people have come to his defense. Sarah Palin posted a photo of her and the “Duck Dynasty” cast on Facebook with the caption, “Free speech is an endangered species. Those ‘intolerants’ hatin’ and taking on the Duck Dynasty patriarch for voicing his personal opinion are taking on all of us.”

Based on the FCC complaints, Palin is far from alone in her enthusiasm for the wholesome gumptions of these duckers.

A grandmother from Princeton, Ky., pleaded with the commission about shows that allow swearing and sex on TV, saying, “It was bad enough in the 70’s and 80’s [sic] but now it is not even bleeped.”

She likes two shows though: “Duck Dynasty” and “Swamp Loggers.”

“Very little profane language and haven’t seen any nudity or sexual perversion. I am not pointing out Wicked Tuna [Editor’s note: Gloucester’s own!], I am trying to bring your attention to all the shows doing this.”

A man from Mebane, N.C. chimed in, as well, calling for more TV shows with morals on par with Robertson’s.

“America wants clean wholesome programming, (the recent series ‘The Bible’ that aired on the History channel being the ‘Most watched’ tv program proves that. Also the program ‘Duck Dynasty’ and it’s popularity should prove what people want to see. The FCC & programmers should WAKE UP & stop trying to cram filth on us.”

Robertson might have churned up some controversy for A&E right now, but it’s doubtful many die-hard “Dynasty” fans will kick up a fuss in the long-term.

See more of the FCC “complaints” about “Duck Dynasty” on the MuckRock website.

Always a pleasure to have Boston.com’s Perry Eaton in studio for a chat. After we talked a bit about Pearl Jam at Fenway and Perry’s new podcast, he filled us in on Game of Thrones live and Narragansett’s new Bananagrams-themed brew. END_OF_DOCUMENT_TOKEN_TO_BE_REPLACED

When he’s not running BostonTweet (or running the Boston Marathon), Tom O’Keefe is running around promoting Flutter. He was in studio with SumuApp co-founder Daniel Tewfik earlier today to talk about how you can win free rent for a year in Boston. END_OF_DOCUMENT_TOKEN_TO_BE_REPLACED

No, not from afar, from the comfort of her couch. From the actual awards themselves. That’s where Meredith Goldstein was for the Oscars. She shared all the juicy, first-hand details with me. END_OF_DOCUMENT_TOKEN_TO_BE_REPLACED

It was wonderful having our good friend Meredith Goldstein back in studio this morning. She dug into the latest edition of Love Letters, which prompted us to play this song. And of course we had to discuss the Oscars. Make sure you’re following Meredith on Twitter, as she’ll be live-tweeting the awards this Sunday night. END_OF_DOCUMENT_TOKEN_TO_BE_REPLACED

Our first edition of TV Sets for 2016 might be better than every edition from 2015. END_OF_DOCUMENT_TOKEN_TO_BE_REPLACED