Whether you’re 16 and angsty, have an ear for the underground, or love to champion locals on the big stage, there’s all that and more this holiday weekend. So don’t be a square (and come to Union Square on Sunday), go see some live music. It’s what Columbus would have wanted.

Leedz Edutainment always knows what’s up when it comes to booking hip-hop. Catch Brooklyn collective Flatbush Zombies support its much-buzzed-about latest mixtape “BetterOffDEAD” at the Middle East Downstairs (with Bodega Bamz and Dillon Cooper; 6 p.m., $15, all ages). If rap shows aren’t your thing, Hallelujah the Hills is coming out of hiding to lead a massive local bill at the Middle East Upstairs (with Soccer Mom, The Guru, and Vundabar; 8 p.m., $10, 18+). Oh, and if you thought/feared emo died a decade ago, check out a stacked emo revival bill at Royale and get a new perspective on a genre that goes beyond a lame haircut (with Title Fight, Balance & Composure, Cruel Hand, and Slingshot Dakota; 7:30 p.m., $15, all ages). 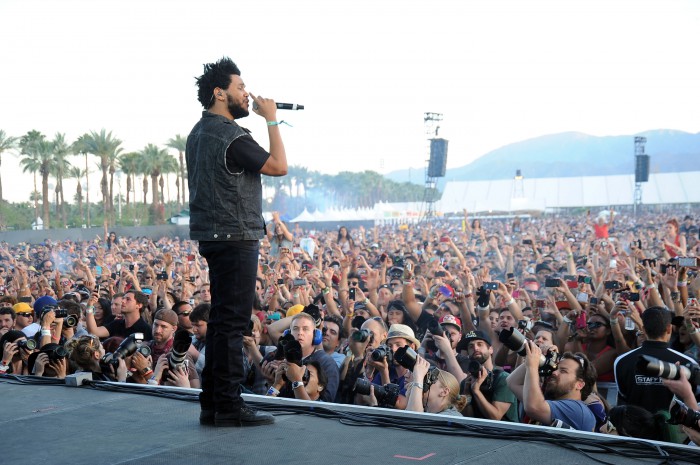 Friday brings good news and bad news if you’re under 18. The good news is that there are a few good all ages options. The bad news is that you’re going to have to shell out a handsome dollar to get in the door. If noise rock vets Nine Inch Nails (with Godspeed You! Black Emperor; TD Garden, 8 p.m., $35-$96) or Canadian producer The Weeknd (with BANKS and Anna Lunoe; Orpheum, 8:30 p.m., $33-$48) are up your alley, then the price may be just right. If you’re of drinking age though, throw back a few at Radio while digging Brooklyn’s Shark? , which just released its new album “Savior” on Old Flame Records (with earthquake party!, Fax Holiday, and Chandeliers; 9 p.m., $9, 21+).

Local folkateers Kingsley Flood headline The ‘Dise fresh off an appearance at this year’s Newport Folk Festival. The band’s latest album “Battles” has made a growing amount of noise in 2013 and this show promises to be huge for them (with Toy Soldiers and Grace and Tony; 8 p.m., $15, 18+). If you’re into louder volumes, the punks will arise from the basement this Saturday, with Kal Marks’ album release show at Elks Lodge in Cambridge (with Pile, Tom Blacklung & The Smokestacks, Krill, and Sneeze; 8 p.m., all ages), Brooklyn’s The Men across the street at Middle East (with Purling Hiss, The Ukia Drag, and NICE GUYS; 7 p.m., $12, 18+), and Japan’s Ultra Bide joining a bill of Jamaica Plain all-stars at the Midway (with Guerilla Toss, Ultra Bide, Aykroyd, and Acidosis; 9 p.m., $10, 21+). 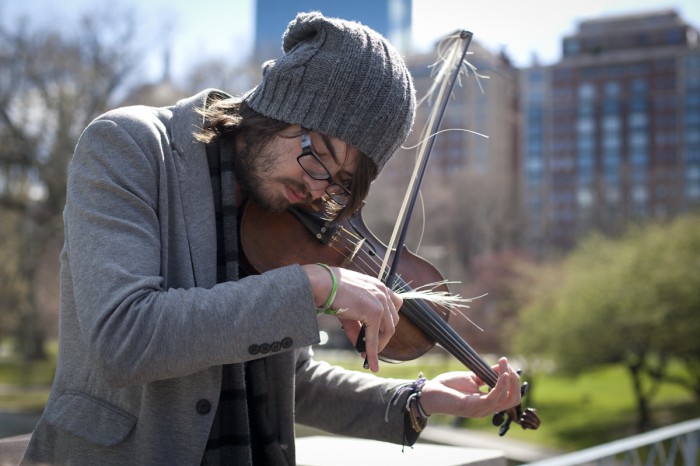 We’d be doing our readers and ourselves a disservice to not mention that the place to be this Sunday is Union Square. The Sheila Divine, American Authors, Christian McNeill & Sea Monsters, Speedy Ortiz, and Rhett Price bring an eclectic mix to a free all-day outdoor event presented by Budweiser and our own RadioBDC. Artists, grilled cheese sandwiches, a beer garden, punk music, non-punk music— get on down to Union (12 p.m., free, all ages).

Enter to win tickets to see Trio Da Kali at The Villa Victoria Center of the Arts (Newton, MA) on April 10th. END_OF_DOCUMENT_TOKEN_TO_BE_REPLACED

END_OF_DOCUMENT_TOKEN_TO_BE_REPLACED

Enter to win tickets to Rhye at The Paradise on February 28th. END_OF_DOCUMENT_TOKEN_TO_BE_REPLACED

Her new album has been pushed back, but we have Kimbra’s new single for you. END_OF_DOCUMENT_TOKEN_TO_BE_REPLACED

The folk duo returns with a new record this week. END_OF_DOCUMENT_TOKEN_TO_BE_REPLACED

Now that we’re done looking back at 2017, let’s look ahead at 2018. END_OF_DOCUMENT_TOKEN_TO_BE_REPLACED

Our first Song of the Week for 2018. END_OF_DOCUMENT_TOKEN_TO_BE_REPLACED

In a year when so many things were off, the music was right on. END_OF_DOCUMENT_TOKEN_TO_BE_REPLACED