So you’ve heard that MBTA late-night service starts Friday, but they’re only going to keep it around if it makes money. It’s basically your civic duty to go to the bar, stay until closing time, then sort of mill around on the sidewalk sharing cigarettes with strangers, searching their sad eyes for some passing hint at real human connection and, finding none, jump on the T around 2 a.m. That’s after you hit up some of these fun events happening this weekend, obviously.

In the summer of 1998, struggling novelist Waltern Kirn set out to personally deliver a wounded hunting dog from his home in Montana to one Clark Rockefeller, a Manhattan art collector and banker who had adopted the dog over the internet. Kirn (who went on to write “Thumbsucker” and “Up in the Air”) details his 15-year relationship with the serial impostor, kidnapper and murderer in his new memoir, which he’ll discuss at Porter Square Books. (7 p.m., FREE, all ages)
“Contains Nudity, and the word fuck,” warns the website for Apollinaire Theatre’s loose adaptation of Chekhov’s “The Seagull.” If you really wanted to spare my virgin ears, maybe don’t put it in the title? Playwright Aaron Posner (whose adaptation of “The Tempest” comes to the American Rep later this spring) stages a timeless battle between young and old, past and present, hopefully with a dash of that trademark Chekhov gun violence. (8 p.m., $15-25, presumably 18+) 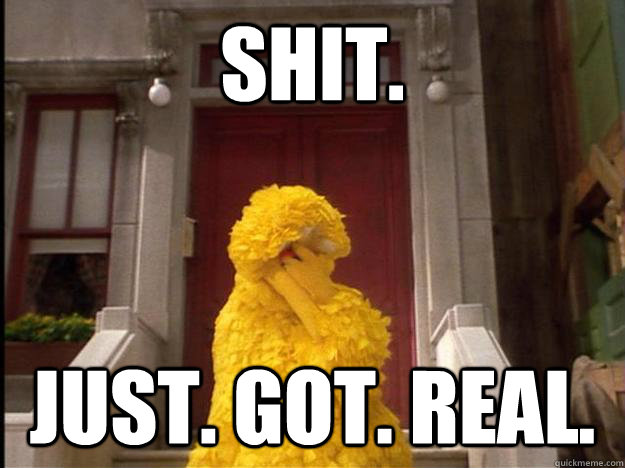 Yeah! Smash it! Smash it dead! Hey, what are we smashing until it is dead? Outdated and harmful attitudes about sexual assault! The fourth annual punk rock fundraiser for the Boston Area Rape Crisis Center returns to two Cambridge venues with three days of workshops, discussions, and of course live music from groups like Shady Hawkins, Girlcrush and Matt Damon. Punk bands have the best names. (Various times, $10-15 sliding scale, all ages)
The actress and BU alum returns to her alma mater to discuss her career and accept the Bette Davis Lifetime Achievement Award. Davis has a lot going on outside of acting these days, like the Geena Davis Institute on Gender in Media, but wouldn’t it be cool if she came back to play one of the leads in season two of “True Detective”? That’s only if HBO can’t snag our dream team of Morgan Freeman and Meryl Streep. (Spoiler alert: They bone.) (5 p.m., FREE, all ages)

Matthew Ritchie’s ICA residency continues with a site-specific performance of musical experimentation and visual engagement featuring guitarist Bryce Dessner of The National, who make perfect music for long bus rides in the rain. The performance begins in the lobby of the museum and makes its way to the Our Lady of Good Voyage chapel. (6:30 & 8:30 p.m., $10-15, all ages)
Heard about Porter Square ramen geniuses Yume Wo Katare, but can’t try it because your strict vegetarianism won’t allow you to slurp up liquefied pork fat? This pop-up ramen shop-within-a-ramen shop replaces the pork broth with flavors of miso, mushroom and ginger, and quantities are limited so get your ticketed reservation at Yume Wo Katare before Sunday. This is a whole different animal from your typical instant ramen: For one thing, you don’t have the option to just eat the raw noodle brick, maybe sprinkled with some of that MSG powder, or wait, add some water to the powder and make a paste and spread that on there, yeah, that’s my jam right there. (11 a.m., $10, all ages)
Davis Square Theatre’s Old School Game Show combines elements of pub trivia, variety specials, and comedy sketches to produce a completely unique trivia experience. It’s the next best thing to appearing on one of the ‘70s game shows you loved to watch when you stayed home sick from school, or probably didn’t love but for some reason that’s all that was ever on, back in the dark days when we were all just slaves to what the “networks” wanted to put “on.” (7 p.m., $15-20, 21+)

Did you know God is the only “Simpsons” character with five fingers? Staff writer and former showrunner Mike Reiss talks about how the series has handled religion during his 25-year career, which has seen the show condemned by the National Council of Churches and later praised by the Pope (and that was the last Pope, Benedict, not the new, cool Pope.) Favorite Homer quote about religion: “If the Bible has taught us nothing else, and it hasn’t, it’s that girls should stick to girls’ sports, such as hot oil wrestling, foxy boxing, and such and such.” (1:30 p.m., FREE, all ages)