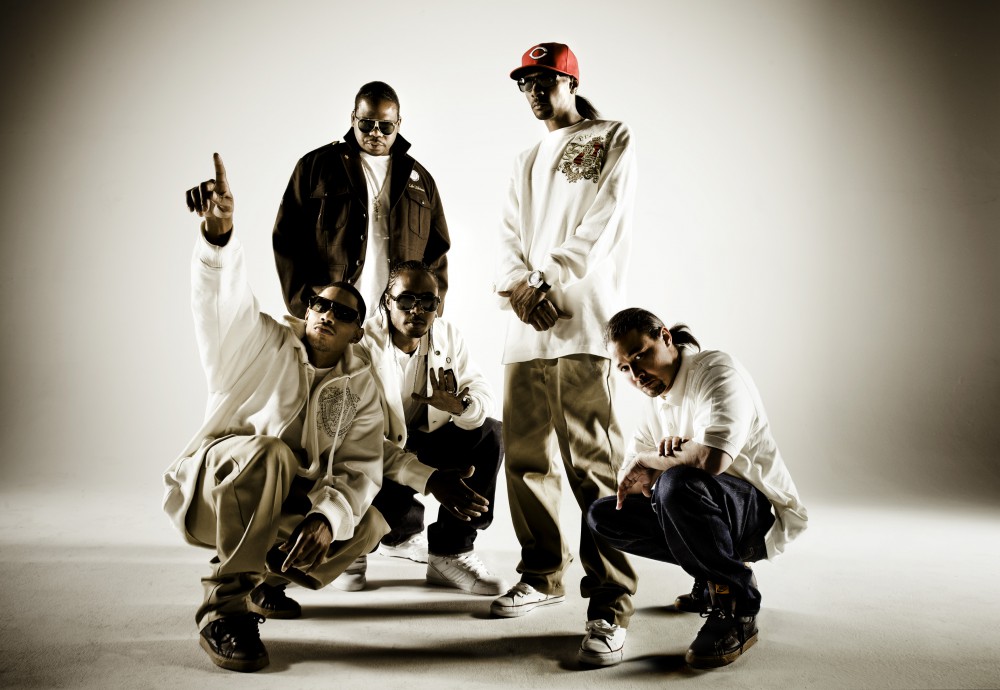 The holidays aren’t just a homecoming for your family and friends. This special time of year also finds local bands renewing their vows to Boston, as well. Whether it’s the legendary punk of Street Dogs, the final chapter of an epic weekly dance party, or the once-a-year reappearance of a pioneer wizard rock band, this weekend is all about locals. Call up your awkward best friend from high school and and head out to a show, it will be just like old times.

Kick off the weekend at 2013’s final installment of “Treat Yo Self” at Great Scott, featuring the local jangly pop of Bent Shapes and Kid Mountain, the shoegazy drone of Ghost Modern, and the jolty rock of Virginia’s Eternal Summers. The night also features local artists and comedians, and includes a toy drive for the Department of Children and Families (9 p.m., $8, 18+). For a completely opposite experience, the Middle East Downstairs hosts legendary Cleveland hip-hop crew Bone Thugs-n-Harmony fresh off the release of “The Art of War WWIII” (with American Antagonist, Rite Hook, Michael Christmas, MC Chucklehead, and L-Ski; 8 p.m., $25, 18+).

Some of the best of Friday’s options have long since sold out, including Beyonce at TD Garden and the popular Under the Covers night at Passim, but if you put in the effort and arrive very early, you may have a chance at experiencing the final edition of the pill at Great Scott. If those don’t go your way, you’re still in luck. Pico Picante at Good Life has Space Monkey, Riobamba, and more (with El Poser, Oxycontinental, and Ultratumba; 10 p.m., $5, 21+). Local soul collective The New Lights will be at Plough and Stars helping you ring in the holidays by playing the new Soul Shop Christmas album (with DJ Claude Money; 10 p.m., 21+).

Locals galore on Saturday. JP folk rockers Tallahassee are joined by Mellow Bravo, The Field Effect, and Cask Mouse at The Sinclair (9 p.m., $12, 18+). For a shred fest, head to Great Scott and catch thrash metal quartet Razormaze (with Rozamov, Acaro, and Abstruktor; 9 p.m., $8, 21+). Street Dogs returns to the House of Blues for another edition of “Wreck the Halls.” The band stopped by Live in the Lab last week to give a little preview (with The Unseen and Stars and Stripes; 5:30 p.m., $18, all ages). For all devoted Dispatch and State Radio fans, vocalist and guitarist Chadwick Stokes will take his solo show to The Paradise as part of the Calling All Crows Benefit (8 p.m., $25, all ages).

Harry and the Potters returns to Middle East Downstairs for the duo’s ninth annual Yule Ball to fulfill all of your wizard-rock needs in one grand night (with The Potter Puppet Pals, What Cheer? Brigade, Jason Anderson, Lauren Fairweather, The Whomping Willows, and half-Mad can o’ Destroy; 5 p.m., $20, all ages). At Radio, celebrate a holiday that applies to everyone, the Winter Solstice, with an electronic and hip-hop bill featuring Andre Obin, Bathaus, Immigrants, and more (with Ruby Ridge, Homeworld, Private Archive, Lord Giovanni, Lend Bias, Loomere, and Homeowner; 6 p.m., $10, 21+). For a solid night of local rock, TT’s is the spot, with a bill featuring The Box Tiger, Tancred, Velah, and The Deep North (8 p.m., $10, 18+).

Enter to win tickets to see Trio Da Kali at The Villa Victoria Center of the Arts (Newton, MA) on April 10th. END_OF_DOCUMENT_TOKEN_TO_BE_REPLACED

END_OF_DOCUMENT_TOKEN_TO_BE_REPLACED

Enter to win tickets to Rhye at The Paradise on February 28th. END_OF_DOCUMENT_TOKEN_TO_BE_REPLACED

Her new album has been pushed back, but we have Kimbra’s new single for you. END_OF_DOCUMENT_TOKEN_TO_BE_REPLACED

The folk duo returns with a new record this week. END_OF_DOCUMENT_TOKEN_TO_BE_REPLACED

Now that we’re done looking back at 2017, let’s look ahead at 2018. END_OF_DOCUMENT_TOKEN_TO_BE_REPLACED

Our first Song of the Week for 2018. END_OF_DOCUMENT_TOKEN_TO_BE_REPLACED

In a year when so many things were off, the music was right on. END_OF_DOCUMENT_TOKEN_TO_BE_REPLACED