Watch Viola Davis’s Emmys acceptance speech: “You cannot win an Emmy for roles that are simply not there” 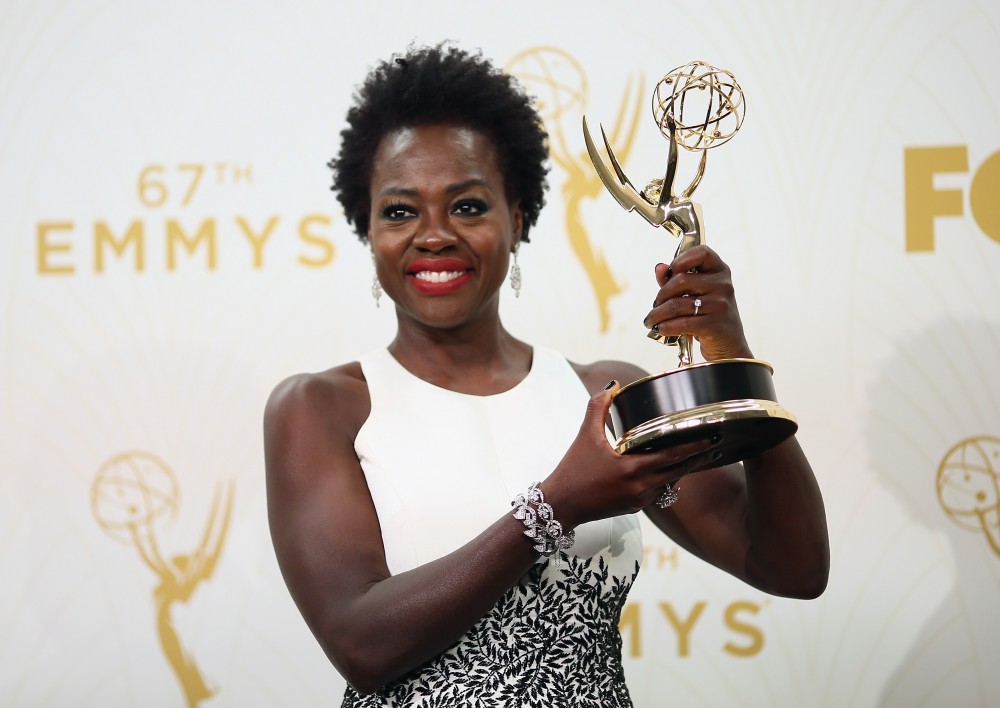 Viola Davis is the first black woman to win an Emmy for Outstanding Lead Actress in a Drama Series.

Davis’s win came at the 67th Primetime Emmy Awards on September 21, where she was acknowledged for her performance in the ABC drama hit, How To Get Away With Murder. The win is momentous, both for Davis and for women of color in Hollywood.

After sharing an embrace with fellow nominee Taraji P. Henson, Davis walked on stage and delivered a powerful speech in which she quoted Harriet Tubman and addressed the struggles that women of color face in Hollywood—namely, in having so few roles available to them.

“And let me tell you something: The only thing that separates women of color from anyone else is opportunity. You cannot win an Emmy for roles that are simply not there.”

Davis thanked people in the industry whose work has made a space for herself and for other performers of color, such as How to Get Away with Murder producer Shonda Rhimes—”people who have redefined what it means to be beautiful, to be sexy, to be a leading woman, to be black.”

She continued: “And to the Taraji P. Hensons, the Kerry Washingtons, the Halle Berrys, the Nicole Beharies, the Meagan Goods, to Gabrielle Union: Thank you for taking us over that line.”

Backstage, Davis said, “My story doesn’t end here,” according to the AP.