John Cena has long been known as one of the WWE’s premier talents. The West Newbury native takes his share of licks in the ring but almost always comes out on top—much to the dismay of many wrestling fans.

But Cena is also a world-class humanitarian.

In August, the Make-a-Wish Foundation announced that Cena had become the first person to grant 500 wishes, a testament to Cena’s firm belief in his wrestling catchphrase: “Never Give Up.” 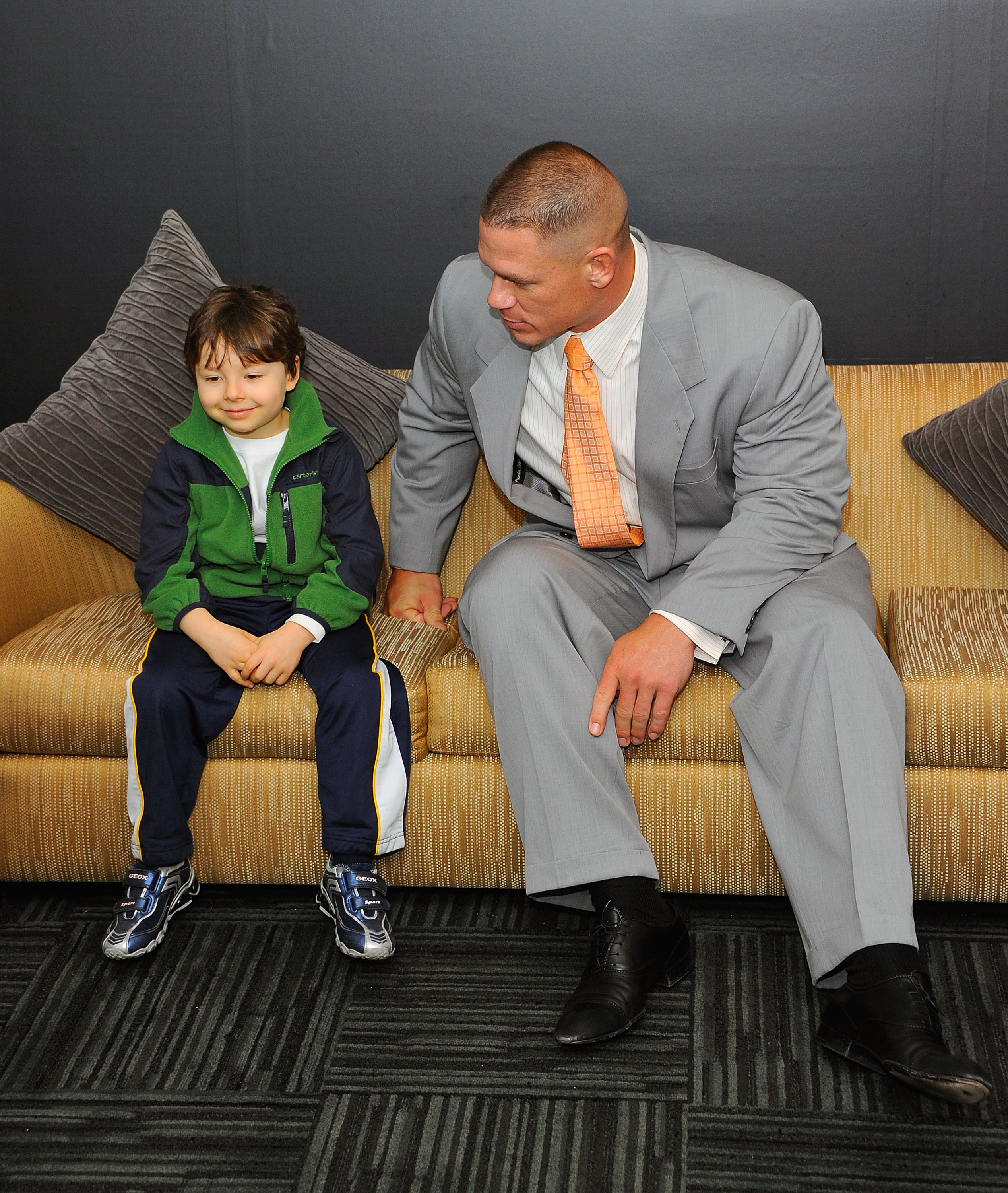 Given all of that, it should come as no surprise that two things happened during Monday night’s edition of WWE Monday Night Raw.

First, Cena won his match, teaming up with Sting to defeat Seth Rollins and The Big Show in a tag team match.

“We got a special fighter in the house,” Cena said, as the spotlight shone on Kiara and her father. “We have a young lady who is seven years old, and she just got some amazing news.”

“She has been fighting a very tough battle, and I’m proud to announce that she won!”

“On behalf of Sting, myself, and every person behind that screen, we sincerely want to thank you for being our guest tonight,” Cena continued, as the crowd cheered and chanted, “for being an inspiration, not only to us in the ring, but to everyone outside the ring and around the world!”