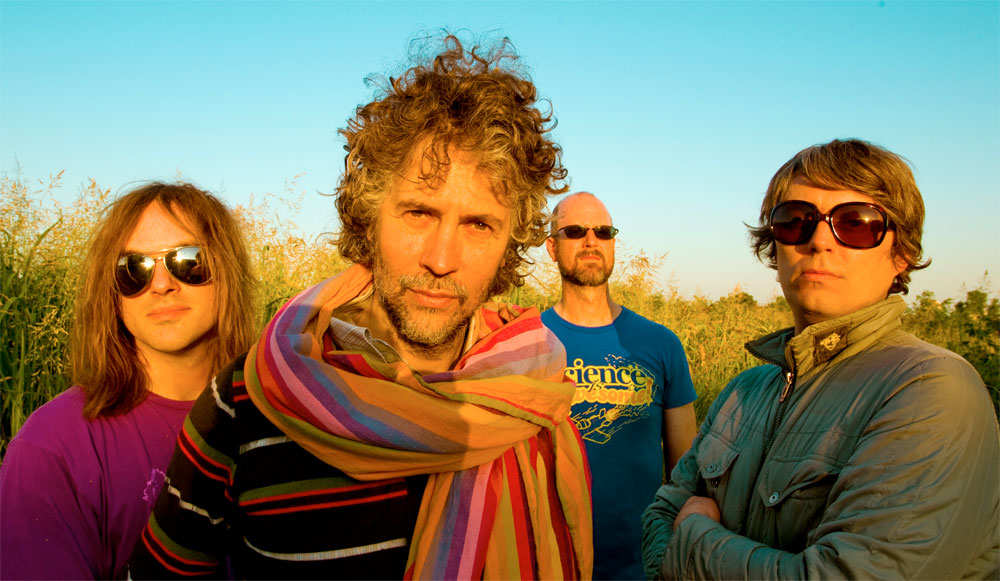 This week, David Letterman has been having his musical guests perform Beatles tributes, from Broken Bells to Sting, to celebrate the 50th anniversary of the band’s legendary performance on the “Ed Sullivan Show.” But last night’s Flaming Lips performance topped them all. As you’d expect.

The band has made a career out of playing tripped-out pop, so it was fitting that it took on the famously trippy “Lucy in the Sky with Diamonds.” Right in its wheelhouse. Also, singer Wayne Coyne is a big weirdo who loves theatrics (see: the fake eyeballs he routinely pulls out — kaleidoscope eyes?). And hey, bonus points: John Lennon’s son was there, too (no, not Julian). This time, he was thankfully not dancing with his mother.