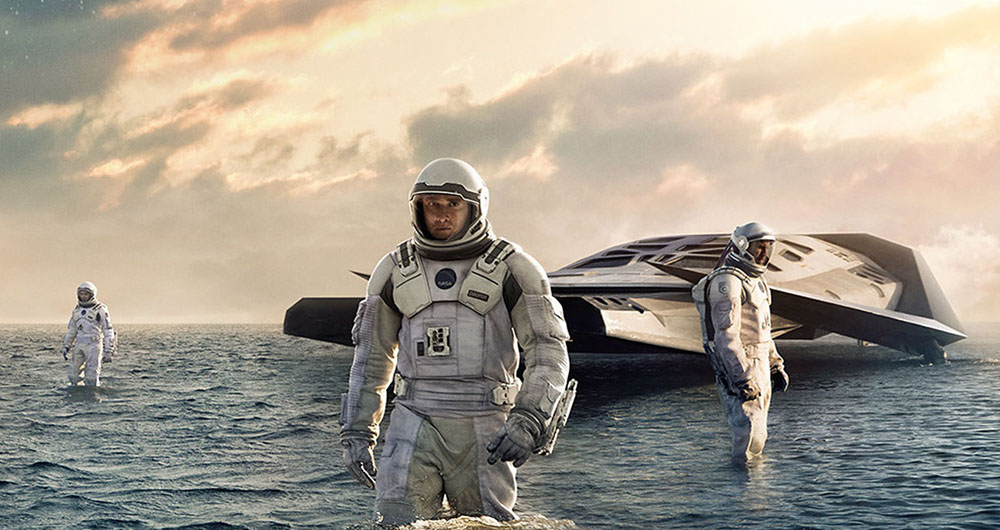 This week sees the release of another possible awards-contender in Christopher Nolan’s sci-fi adventure film “Interstellar,” starring Matthew McConaughey, Jessica Chastain, Anne Hathaway, Michael Caine, and many other big names.  Set in the near future, “Interstellar” follows McConaughey as Cooper, who must leave behind his two children and a desolated, dying Earth in order to lead a team of explorers beyond our own galaxy in search of a new habitable planet.

Christopher Nolan has reached a point in his career where every one of his films is an event that pretty much demands to be seen.  In retrospect, his last film (“The Dark Knight Rises”) feels like a low point in his filmography, but with “Interstellar,” Nolan apparently returns to the brainy and thought-provoking style of “Inception.”  Critics, however, seem less kind this time around.  While reviews are generally positive, calling the film a thrilling, ambitious, and visually-stunning blockbuster, some are calling it a mixed bag that exceeds its grasp.  While the results may be messy, I’m still looking forward to catching this one.  If you’re like me and are willing to throw down the money for a ticket (or you rather not but still want something good to watch), here are five movies similar to “Interstellar.”

This is the gold standard for cinematic science-fiction and also happens to be one of the greatest films of all time. “2001: A Space Odyssey” is an experience, easy to get swept up in its ideas and iconic imagery. Kubrick’s approach to the genre results in something sublime and philosophical, a film that raises weighty questions about mankind and offers little in the way of straightforward answers. A masterpiece, basically.
Steven Spielberg first dipped his toes into sci-fi with “Close Encounters of the Third Kind” and left us with one of the most interesting sci-fi films of all time. It really gets at the gnawing desire to know what else is really out there, showing a father and husband who is willing to throw it all away to find out. A sense of discovery and obsession courses throughout, and when the answers finally come, it raises the question: “Was it all worth it?” To answer it would be to spoil the fun.
“The Tree of Life” feels like a culmination of Terrence Malick’s ideas, style, and career, a highlight in a stellar filmography. It uses a portrait of an American family in 1950s Texas as a lens to explore the meaning of life. The ambition on-hand is nearly unmatched, particularly when the film cuts away for an extended period to delve into the origins of the universe and life on Earth. Utterly breathtaking, “The Tree of Life” is a modern masterpiece.
If you’ve ever heard the phrase “sci-fi art film” (you probably haven’t), this is what people are probably talking about. Dense and meditative, “Solaris” deals with matters of psychology, using the idea of a parallel planet as a jumping off point to explore grief and memory. A piece of sci-fi not designed to thrill but to be engaged with and pored over.
On the lighter side of things, there’s “WALL-E,” a beautiful, visually-stunning, funny, and surprisingly ambitious work of animation. For one thing, the main characters don’t have voices but communicate with robot sounds, with much of the film having very little dialogue at all. It also explores and critiques societal issues like consumerism, environmentalism, and more. In the end, though, “WALL-E” is a romance, following the sweet relationship between robots WALL-E and EVE and the spectacular results of it.