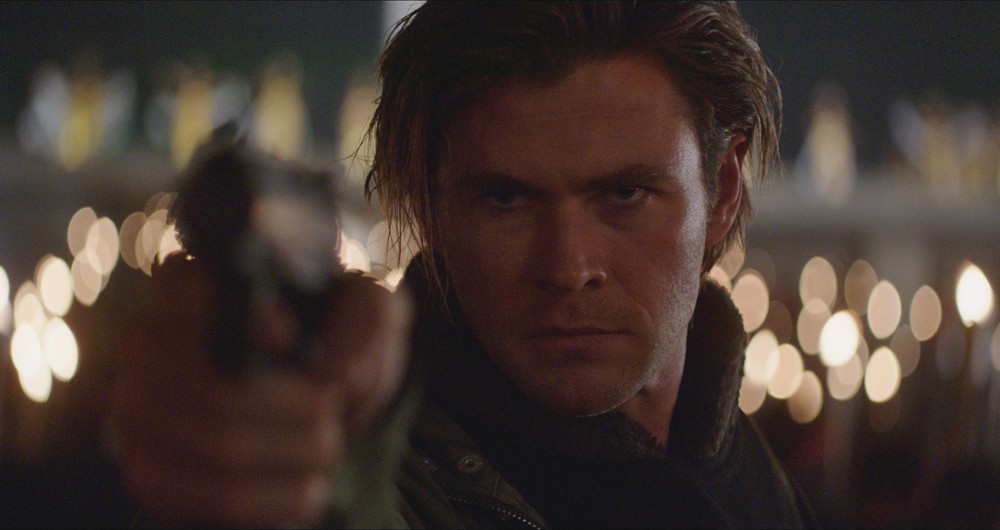 Out of the depths of January’s cinematic wasteland comes… Michael Mann’s first movie in almost six years!  Starring Chris Hemsworth, Blackhat is a cyber thriller/international caper hybrid about a furloughed convict, following him and his partners through Chicago, L.A., Hong Kong, and Jakarta as they hunt down a cyber terrorist.

Michael Mann is a master of stylish yet substantial genre exercises, from Thief to Manhunter, from Heat to Collateral.  While Blackhat is his first movie since 2009’s Public Enemies, it’s not a good sign that it was sidelined to January, where movies go to die.  And, unfortunately, critics don’t seem to be too fond of it.  The consensus seems to be that it’s a muddled mess, held down by a bad script, a laughable plot, and lumpy pacing.  It’s only occasionally redeemed by Mann’s direction, but it’s not enough to really warrant seeing it.

If you’re like me and rather not pay the price of a ticket but still want some good movies to watch, here are five alternatives to “Blackhat.”

Released between The Godfather and The Godfather, Part II, The Conversation is Francis Ford Coppola’s masterpiece of surveillance and paranoia.
Speaking of genre exercises… David Fincher’s The Girl with the Dragon Tattoo feels like little more than just that, but he pulls it off with such dark, breath-taking style.
Director Brad Bird (known for animated films The Incredibles and Ratatouille) brought new life and color to the Mission: Impossible franchise. A stylish and fast-paced blast.
Only two years later, people are referring to Skyfall as easily one of the greatest entries in the James Bond series. While the plot is nearly incomprehensible (seriously, try and explain what it’s all about), it doesn’t really matter when everything around it is so stylish, sexy, well-acted, and visually stunning.
And this one can never be forgotten when talking about cyber thrillers…