A Beloved Character Died in ‘The Walking Dead’ Midseason Premiere 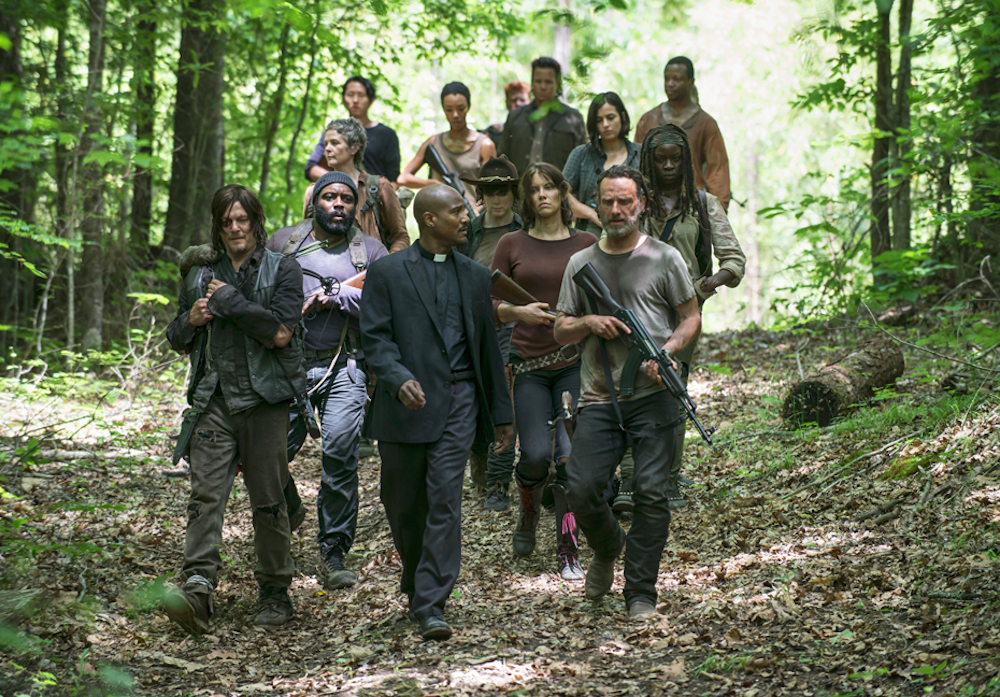 One of the biggest TV events of the night was the midseason premiere of The Walking Dead, which saw the death of yet another prominent character.

Viewers still reeling from the death of Beth in the midseason finale were likely apprehensive of the gang’s plan to visit Noah’s childhood home. When they arrived, the gated community was overrun by walkers. Tyreese joined Noah for an emotional visit to his house. Tyreese started looked through Noah’s childhood photos, noting he had a twin.

And because it’s The Walking Dead, the zombified version of Noah’s twin brother popped out and bit him.

On the edge of death, Tyreese was visited by some old faces. 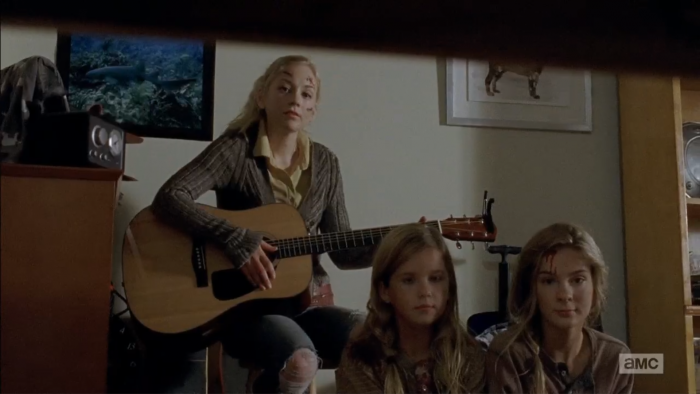 Beth, Lizzie and Mika appeared, telling Tyreese to be at peace with himself.

Bob (another friendly survivor who perished earlier this season) joined in as well.

And some not-so-friendly ones.

Martin the cannibal showed up to assail Tyreese, blaming his inability to kill Martin for the many subsequent deaths of his friends.

And the big bad Governor showed up too, trying to convince Tyreese to kill himself.

On the edge of passing, Tyreese was jolted back to reality as Michonne chopped his arm off, hoping to save his life.

But it was too late.

Losing Tyreese is a big blow for the show. A fan favorite in both the comic and television series, his struggles with morality resonated with viewers, and his time caring for Lizzie and Mika, as well as Rick’s infant daughter, ingratiated him to the other survivors. Part of his appeal can be attributed to actor Chad Coleman, who won fans over as Cutty, a good-hearted man with a troubled past looking for redemption on HBO’s The Wire.

Hopefully Coleman will land a big role again soon, because viewers are going to miss him almost as much as the show will miss Tyreese.

Always a pleasure to have Boston.com’s Perry Eaton in studio for a chat. After we talked a bit about Pearl Jam at Fenway and Perry’s new podcast, he filled us in on Game of Thrones live and Narragansett’s new Bananagrams-themed brew. END_OF_DOCUMENT_TOKEN_TO_BE_REPLACED

No, not from afar, from the comfort of her couch. From the actual awards themselves. That’s where Meredith Goldstein was for the Oscars. She shared all the juicy, first-hand details with me. END_OF_DOCUMENT_TOKEN_TO_BE_REPLACED

It was wonderful having our good friend Meredith Goldstein back in studio this morning. She dug into the latest edition of Love Letters, which prompted us to play this song. And of course we had to discuss the Oscars. Make sure you’re following Meredith on Twitter, as she’ll be live-tweeting the awards this Sunday night. END_OF_DOCUMENT_TOKEN_TO_BE_REPLACED

Our first edition of TV Sets for 2016 might be better than every edition from 2015. END_OF_DOCUMENT_TOKEN_TO_BE_REPLACED