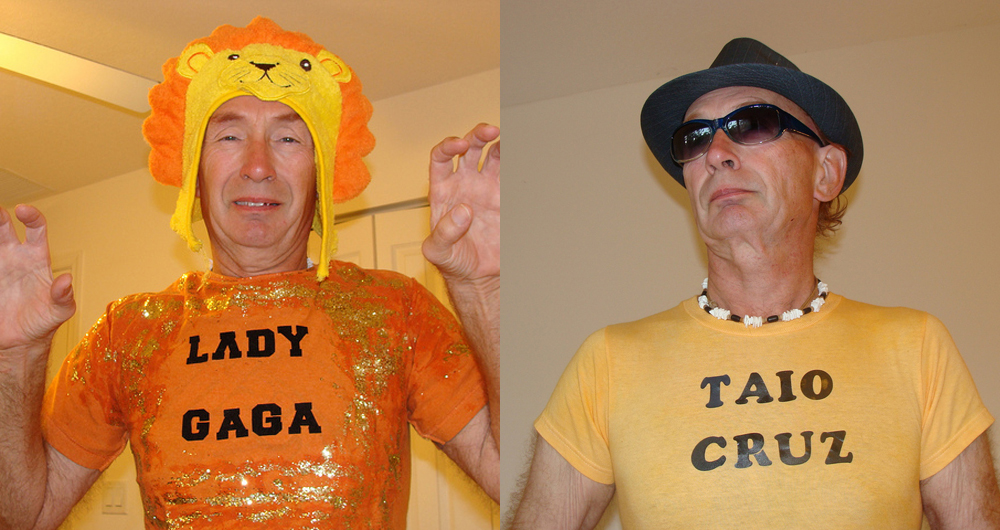 At first, Ray Sipe’s vines might make you uncomfortable. Maybe it’s because he is a senior citizen who has unlimited access to Halloween masks and children’s toys. But between his questionable public service announcements and pop culture commentary, Sipe has managed to accumulate over ten-thousand followers.

Sipe thrives off a mixture of politically incorrect jokes. In fact, he might be the only person in the world who has managed to find a silver lining in this whole Ebola situation. Over the course of the last week, Sipe has embraced the lethal virus as a prime social media opportunity.

Let’s consider his “Ebola; before and after” vine. Sipe simply flashes his partially toothless grin for the before shot and holds up a fake (I hope) skull for the after shot. Then in “Ebola; wear protective clothing” Sipe makes a PSA in which his face is completely covered with a sweatshirt, what appears to be a pillowcase, and some lab goggles. “Ebola; I told you not to kiss that guy” also raises some questions; are you allowed to compare a disease that has killed thousands of people to cooties? His vines have a way of making you feel guilty and uncomfortable because no matter how weird they are it’s impossible to take your eyes off of the screen.

It’s also unclear how many Justin Bieber shirts or ninja costumes he owns. But on the other hand, I feel like Sipe keeps his followers interested in his posts because of how weird his content is. There is something a little  Pee-wee Herman about the troll dolls, Joker make-up kit, and plastic nunchucks that his newsfeed indicates he just has around the house: it’s all about shock value.

If you want to see an old man’s wildly inappropriate take on Twitter trends, join the thousands of viewers tuning into Sipe’s daily updates.

A decade of Wreck The Halls. END_OF_DOCUMENT_TOKEN_TO_BE_REPLACED

Leah Wellbaum from Slothrust brought her trusty six-string to Studio B and turned in the first RadioBDC Session of 2017. Check out her three songs and her chat with Julie Kramer, recorded live on February 28, 2017. END_OF_DOCUMENT_TOKEN_TO_BE_REPLACED

This should never have happened. END_OF_DOCUMENT_TOKEN_TO_BE_REPLACED

I spend far too much time on Twitter. Here’s a handful of posts from last year that I found to be entertaining on one level or another. Enjoy. END_OF_DOCUMENT_TOKEN_TO_BE_REPLACED

Mike McColgan and Lenny Lashley of Street Dogs were in session on November 30, 2016 to play three songs and chat about their annual Wreck The Halls shows at Brighton Music Hall December 15-18. END_OF_DOCUMENT_TOKEN_TO_BE_REPLACED

Tegan and Sara stopped by for a chat before their House of Blues show on Halloween night. END_OF_DOCUMENT_TOKEN_TO_BE_REPLACED