How this selfie got one father branded a pedophile 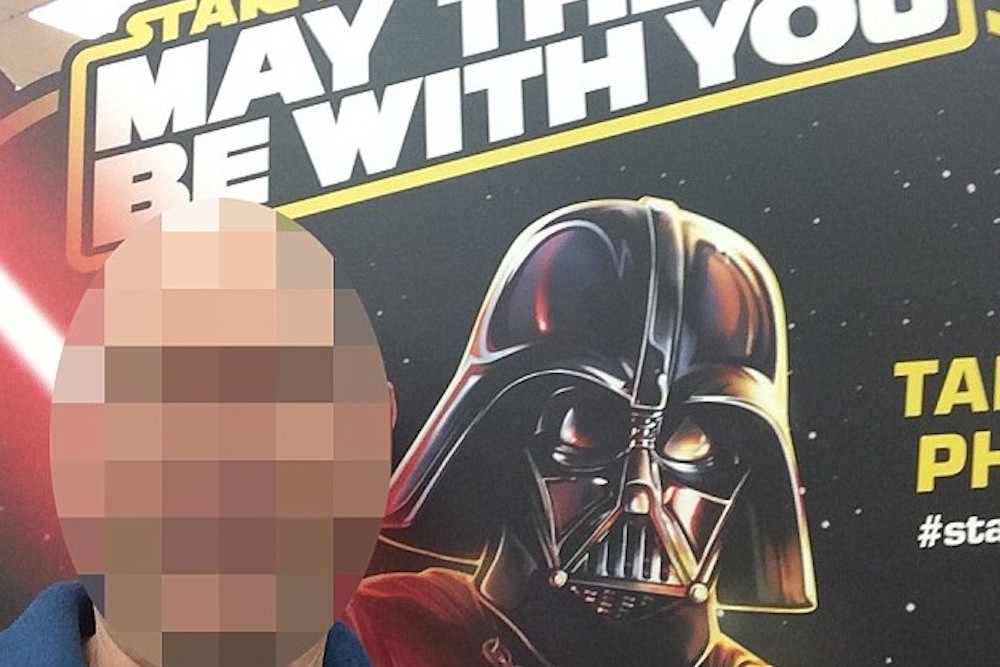 What started as an innocent selfie turned into a nightmare for one Australian man, who was labeled a pedophile and received death threats after another parent was too quick to share a photo on Facebook.

Rob, who wished to be referred to by his first name only, was looking for a cake mixer for his partner at Target. While there, he spotted a Darth Vader cutout designed for taking photos and decided to send a selfie to his kids. 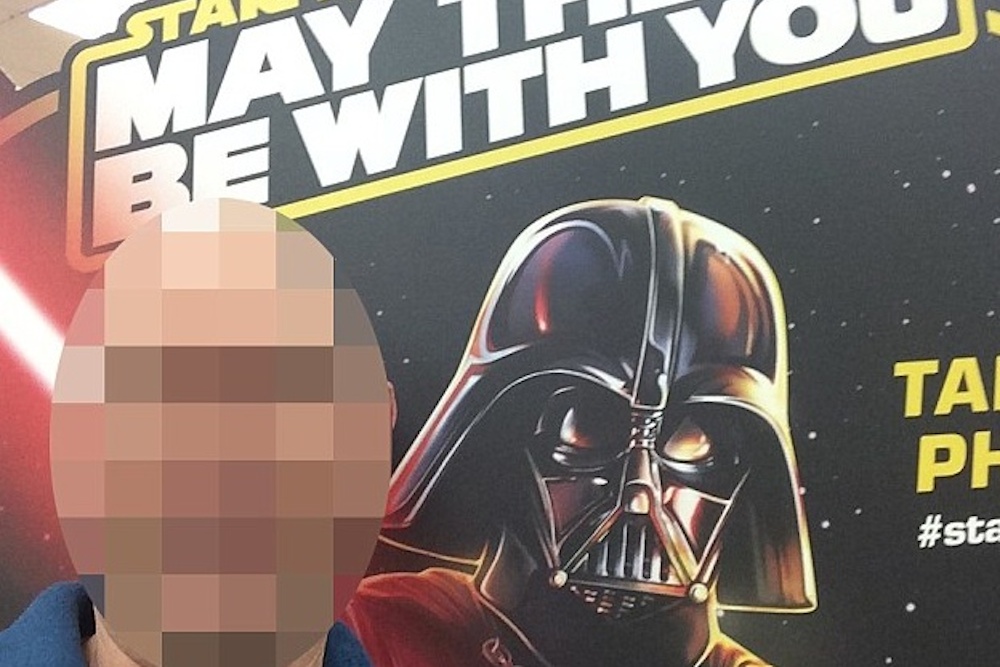 “I thought it would be a special moment for me to share my first selfie in front of the photographic display of Darth Vader,” Rob told BDCwire via email. “I have a very special relationship with my kids and often do ‘Dad Jokes’ to embarrass [them].”

Rob noticed a group of kids near the display, and told them he would be done taking the photo for his kids in a moment, thinking they were waiting for a turn to pose with the Vader cutout.

The mother of the three children believed Rob had taken a picture of her kids, and snapped a photo of him before going to mall security. 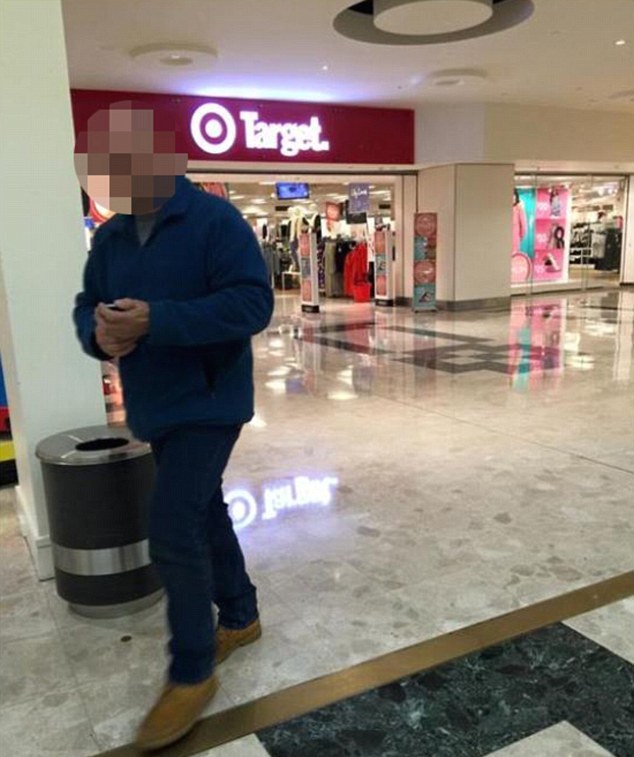 She also wrote a public post on a local Facebook group’s page, warning other parents about Rob. 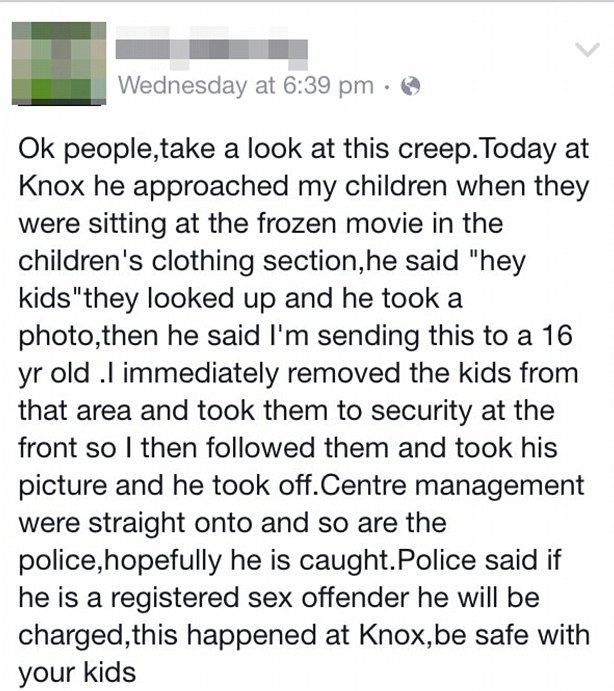 While Rob was in a meeting at work, his partner called to tell him the anxiety-inducing news: he had been labeled a “creep” on Facebook, and the post was spreading quickly.

He told BDCwire that he received death threats and harassing messages, and even after clearing his name with the local police, he still hesitates to leave the house alone.

Victoria Police spokeswoman Clair White said that after clearing Rob of any wrongdoing, they called the 36-year-old woman in to the station. Rob did not wish to press charges, according to the Australian publication the Knox Leader, which first reported the incident,

“I don’t need or want people to be put in a worse position just to make me feel better,” he told the Knox Leader.

Word spread that Rob had been falsely accused. Despite his forgiveness, the woman became the target of online contempt.

Many clamored for her identity to be revealed in the name of karmic justice, as evidenced by these comments from a story on The Daily Mail. Some Facebook users, who had seen the original post, identified her by name. She claims she has received death threats and her children are in counseling.

“My kids are now suffering because of a stupid mistake I made,” she told Knox Leader. “I just need to say sorry … for not letting (the police) do their job, and putting my concerns on social media.”

The lesson? Don’t make snap judgments on social media, and make sure you have proper context. 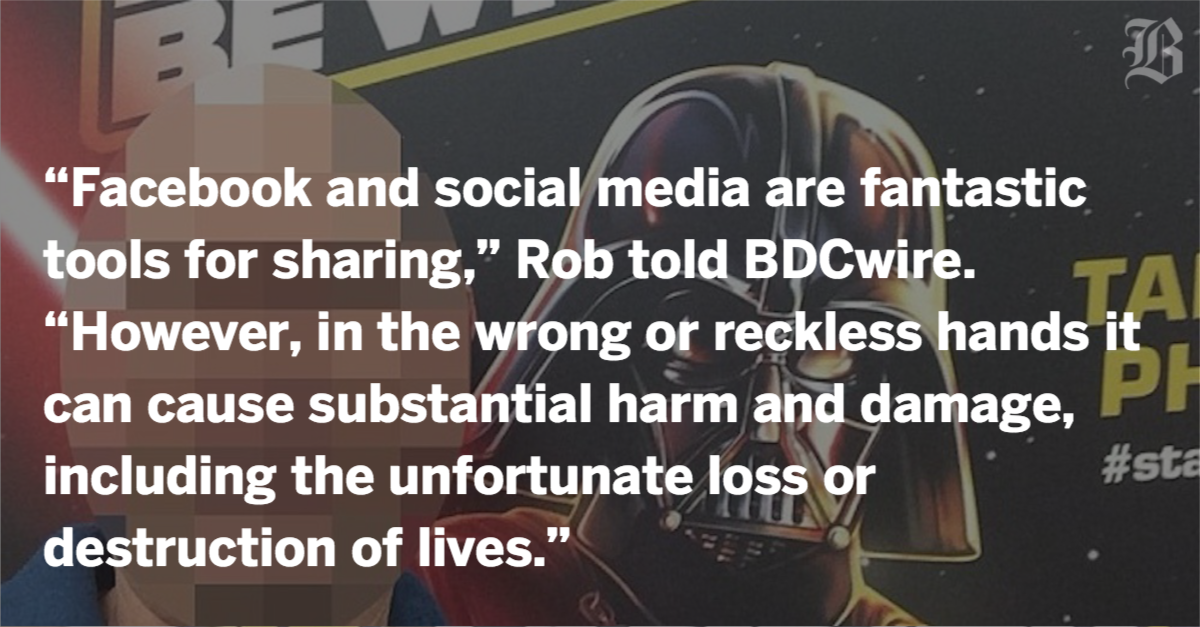