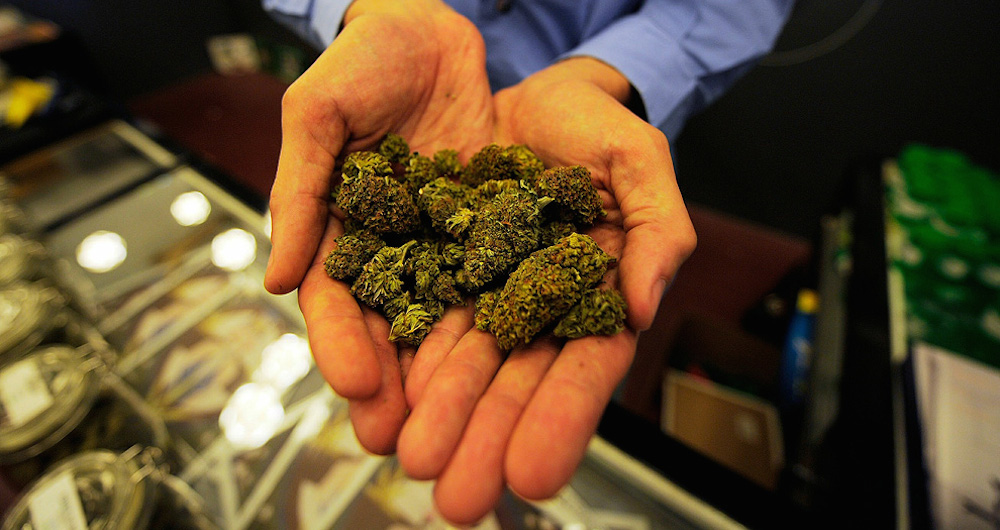 As the slow process toward licensed medical marijuana dispensaries in Massachusetts continues, one medical marijuana activist is facing an investigation of his Allston cannabis shop — though he claims it is 100% legal.

Bill Downing, a medical marijuana activist, owns and operates CBD Please, a shop located at 218 Lincoln Street in Allston that sells cannabidiol (CBD), a non-psychotic ingredient in the cannabis plant that does not contain THC, the psychoactive ingredient in cannabis. According to an interview with CBS, Downing says cannabidiol can help control are pain, depression, spasms, nausea, and anxiety. Downing himself uses a CBD-infused cream to treat his own case of gout. He also isn’t afraid of what sort of punishment may be coming for him.

“The state can do anything they want. They can throw me in jail. They can do whatever they want,” said Downing.

Downing has been at the forefront of cannabis legislation in the state for years. He currently works as an instructor at the Northeastern Institute of Cannabis (NIC) in Natick, where he trains future dispensary employees in patient services. Downing also sued the Department of Health this summer after they sent him and several other marijuana caregivers cease-and-desist letters for providing over 1,000 patients with marijuana.

But the all-important question — is Downing’s store legal? — remains unclear. When the Boston Herald reached out to the Massachusetts Department of Health, their statement didn’t address Downing or his store at all.

“The Massachusetts Medical Use of Marijuana Program regulates and certifies registered marijuana dispensaries in compliance with Massachusetts law on medical use of marijuana. Outside of that, anyone who cultivates, transports, possesses, distributes or sells marijuana in violation of Massachusetts law may be subject to law enforcement action.”

Currently, cannabidiol is classified as an “orphan drug” by the FDA, and it is being used to treat Dravet syndrome, a form of epilepsy occasionally found in infants. However, there are several US-based companies that actively sell and test the drug, including Cannavest, a Nevada-based company that claims it is 100% legal.

According to Healthy Hemp Oil, the US classified CBD derived from an industrial hemp plant as a food-based dietary supplement, and therefore legal, whereas CBD derived from a marijuana plant is dependent on the state’s medical marijuana policies. That being said, a simple Google search reveals hundreds of results for CBD sales, including stores that advertise directly through the search enginge itself.

Downing claimed to CBS that his cannabidiol is derived from hemp oil, and therefore not subject to dispensary licensing. However, Boston Police told CBS that it is “looking into the legality” of Downing’s store.

Downing isn’t worried about trouble from authorities, but he is worried about how long Massachusetts residents have had to wait for lawmakers to approve dispensaries.

“The whole point here is the Department of Public Health has been unable to deliver medical cannabis,” Downing told the Boston Herald. “It’s been two years since voters approved it, and patients are sick and tired of waiting, and they don’t need to.”

Enter to win a pair of tickets to attend The Hess Collection Seminar and Dinner as part of Boston Wine Festival 2018 at the Boston Harbor Hotel on Wednesday, March 14th. END_OF_DOCUMENT_TOKEN_TO_BE_REPLACED

Boston band Funeral Advantage is Tyler Kershaw. And Tyler Kershaw had a fun childhood, so it seems. END_OF_DOCUMENT_TOKEN_TO_BE_REPLACED

Perry put me on to daephne and the album blew my mind. END_OF_DOCUMENT_TOKEN_TO_BE_REPLACED

While many have called out Davis since a video of her refusing to issue a marriage license to Rowan County residents David Moore and David Ermold went viral in July, relationship columnist and gay activist Dan Savage went a step further on MSNBC Tuesday night, saying that “this is about someone hypocritcally looking to cash in”. He added: “And she is a hypocrite.” END_OF_DOCUMENT_TOKEN_TO_BE_REPLACED