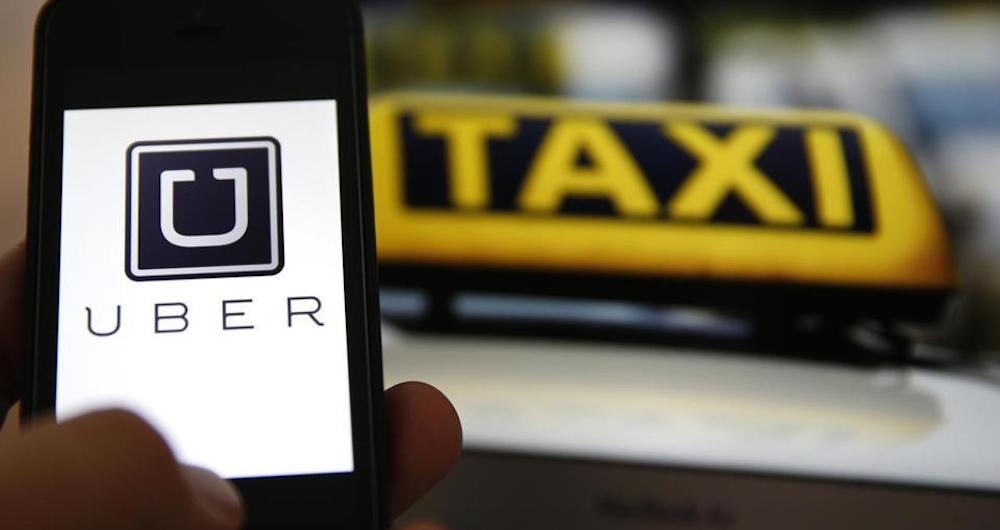 The hostage situation in Sydney is now over, as police stormed the cafe where a gunman had been holding a number of people hostage over the course of 16 hours. But a whole new situation may be cropping up for car service Uber after the company initially charged riders a minimum of $100 to take a car away from the area.

Mashable was the first to report on Uber’s untimely surge pricing, which automatically occurs to ensure more Uber drivers are out on the road meeting demand.

Soon after a user screencapped the Uber price, which showed a $100 minimum charge along with rates four times the normal fare, Uber took to Twitter to defend its policies. 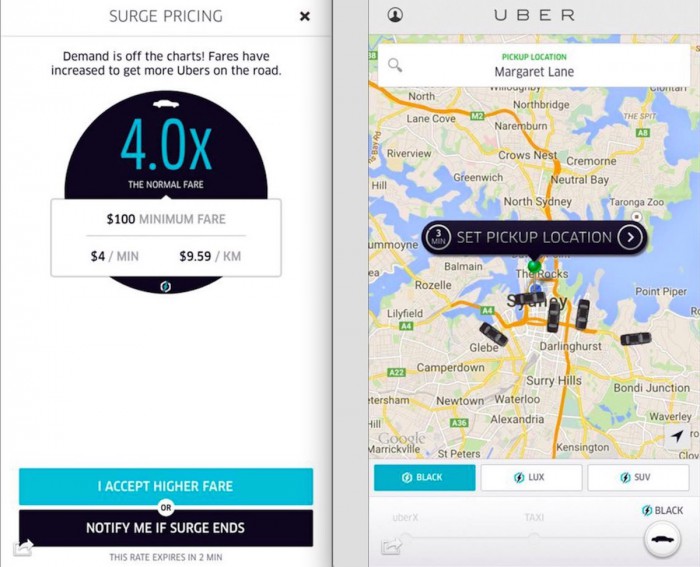 We are all concerned with events in CBD. Fares have increased to encourage more drivers to come online & pick up passengers in the area.

Less than an hour later, Uber reversed course, offering free rides for everyone in the area and promising a refund for anyone who had already paid the inflated fare.

Uber Sydney trips from CBD will be free for riders. Higher rates are still in place to encourage drivers to get into the CBD.

Free rides are a great way to save face, but it may be too late for that with Uber, who can’t seem to stop courting bad press. In an earlier blog post, Uber had claimed they would cap surge pricing during states of emergency while donating a percentage of fares to the American Red Cross. But that pledge may not carry over to other countries. Uber is growing so fast, sometimes it’s hard to keep PR disasters from occasionally popping up.

HUBweek came to Boston, and we were there to take it all in. END_OF_DOCUMENT_TOKEN_TO_BE_REPLACED

END_OF_DOCUMENT_TOKEN_TO_BE_REPLACED

Earlier this month, we posted a story about Rob, a man falsely accused of being a sex offender. END_OF_DOCUMENT_TOKEN_TO_BE_REPLACED

We figured we’d do our part in beating this dead horse into the ground, so without further ado, here are some of your Boston favorites like you’ve never seen them before, and hopefully never see them again. END_OF_DOCUMENT_TOKEN_TO_BE_REPLACED

File this under cool cosmetic inventions coming out of Cambridge– two MIT Media Lab researchers are developing nail art decals that will double-time as touchpads to control your phone or laptop with a single swipe. END_OF_DOCUMENT_TOKEN_TO_BE_REPLACED

All Harry Potter fans wait for the Hogwarts acceptance letter that they will never receive and dream of the house they want to join. You can hope to be part of Gryffindor all you want, but the choice belongs to the Sorting Hat. Now, instead of traveling the long journey to magic school, Muggles everywhere can consult a Twitter bot that will decide for you.
END_OF_DOCUMENT_TOKEN_TO_BE_REPLACED

Wednesday was April Fools’ Day, making anyone who has genuinely bad news to deliver at an extreme disadvantage. Powering down for the night, I and some 44,000 other users received the following email from a free, cloud-based screenwriting service called Scripped: END_OF_DOCUMENT_TOKEN_TO_BE_REPLACED