Two men got into a road rage incident. This constable had no time for it.

This is Constable Graham Williamson. 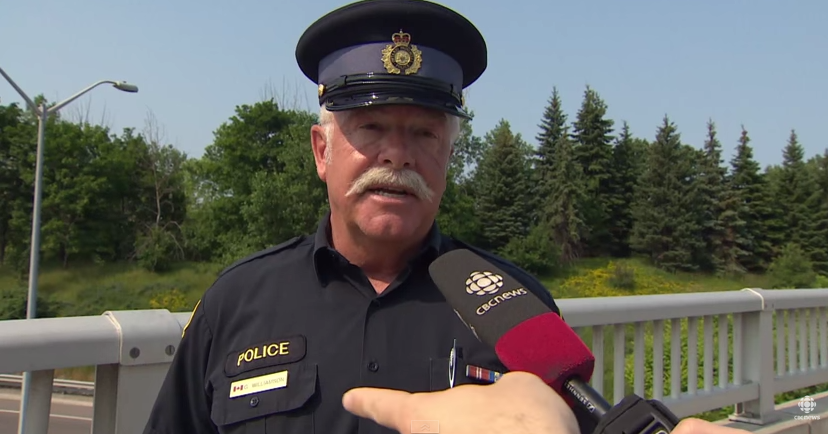 He was doing an interview with the CBC’s Neil Herland when Herland noticed a road rage incident unfolding behind the Constable.

Two men had gotten into a fender-bender, and left their cars to argue.

But luckily, the Constable was there.

Williamson had no time for the roadside show of machismo: He was sure to remind the pair that they were grown men, and weren’t acting like it.

“Hey! Get back in the car,” Williamson yelled. “Both of you, grow up!”

Eventually, the two got back into their cars, and the moment ended without incident.

You simply don’t break the law on Constable Williamson’s watch.