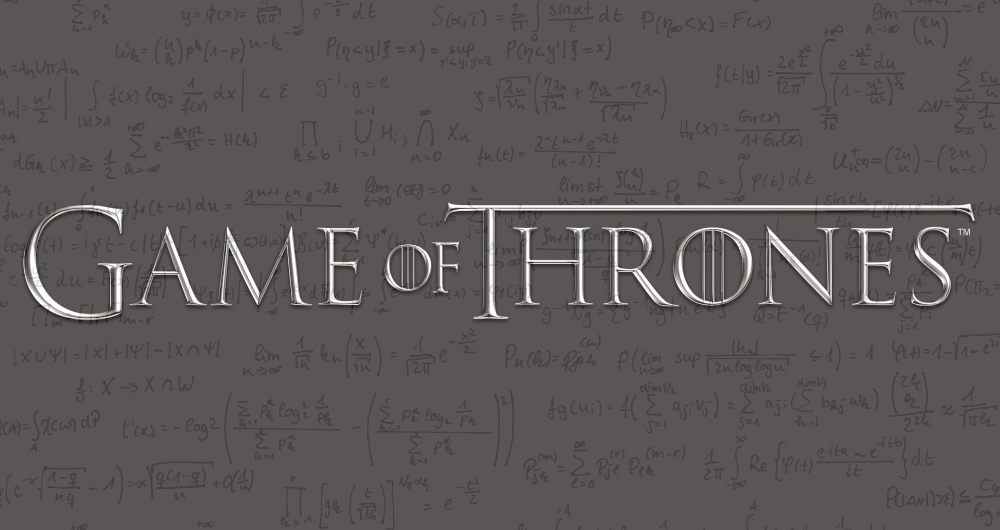 Game of Thrones has never thought twice about sending characters to their demise. The suspense of who lives and who dies remains to always be an exciting element and two students at Olin College just outside of Boston decided to explore it.

Juniors Erin Pierce and Bernard Kahle aimed to uncover which characters have the greatest possibility of survival for a class project. Both Pierce and Kahle knew that such predictions are almost impossible in the line of fiction, but who doesn’t want to know if their favorite characters are going to be written off?

Looking at the entire A Song of Ice and Fire series, the two, both of whom are electrical and computer engineering majors, began creating a dataset of all named characters, pulling their information from A Wiki of Ice and Fire. Kahle said he wrote a script to pull information from the site into a data file, but “determining the ‘book age’ of characters and their house allegiances took some significant manual work.”

According to Pierce, the project spanned over half a semester. She said in an e-mail that while the actual Bayesian analysis only took a couple of weeks, it was compiling the character data that took the longest.

Familiarizing oneself with all named characters is certainly a feat in itself, but Pierce described it to be a “a very natural analysis.” She explains that you start with one assumption and you mold that assumption accordingly, based on data collection.

“Bayesian, at its core, is an iterative process,” she said. “It is the same way we humans make predictions about what will happen, based on what we have experienced.”

Results showed that women tend to outlive their male counterparts by a wide margin. A random female character has approximately 70 percent of surviving seven books whilst a random male only has roughly 55 percent.

Looking at the show itself, major character Arya Stark‘s storyline has developed into something incredibly intriguing. She has a better chance of surviving than Cersei Lannister, a critical figure in the series. But in general, the Starks have a slight advantage of outliving the Lannisters. 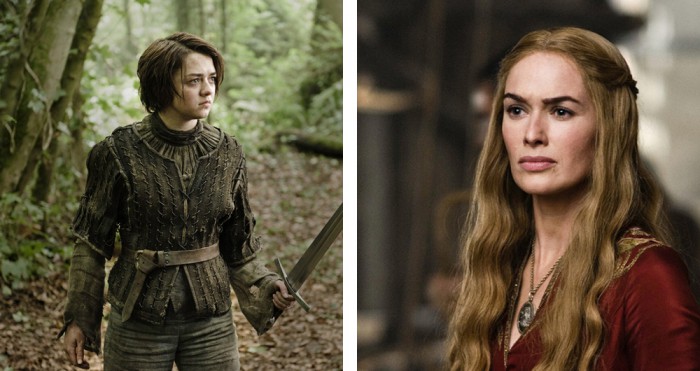 And what about Jon Snow‘s fate? Their results indicate that if he is alive at the end of A Dance with Dragons — the fifth novel in the series , he has a 30 to 51 percent chance of surviving the next two installments.

“I’m a fan of Jon Snow’s storyline but given the ambiguous state at the end of ADWD, his chances of survival look pretty slim,” Pierce said. “Fortunately, things look hopeful for Danny, Arya and Tyrion who are some of my favorites.”

Kahle and Pierce also compared the survival rates of nobles and small folk. Nobles have a better chance of living  but as the number of books increased, the small folk’s survival rate levels off faster. But that could change if the author decides to extend the series by a couple more novels.

“The comparison of nobles and small folk…was pretty fairly surprising,” Kahle said. “We expected that small folk would have a very low chance of survival seeing how often they seemed to be killed.”

But let’s face it, the fate of all these characters is in the hands of author George R.R. Martin and he is not afraid to kill off anyone.

“Erin and I had fun with this project,” Kahle said. “It was an awesome opportunity to apply our newly learned knowledge of Bayesian analysis to a topic that we both find fun and interesting. There may not be any dramatic reveal about Game of Thrones in our analysis, but it was still a great exploration.”

Enter to win a pair of tickets to attend The Hess Collection Seminar and Dinner as part of Boston Wine Festival 2018 at the Boston Harbor Hotel on Wednesday, March 14th. END_OF_DOCUMENT_TOKEN_TO_BE_REPLACED

My first Field Trip (of hopefully many) was over half-a-decade in the making. END_OF_DOCUMENT_TOKEN_TO_BE_REPLACED

Melanie Gillespie is an author and the founder of Mel O’Drama School of Acting in Milton. She was in studio this morning to talk about her latest book Darlene and the Drama Queen and how acting can help kids to develop confidence. END_OF_DOCUMENT_TOKEN_TO_BE_REPLACED

Boston Author Lauren K. Stein says her new book ‘Fresh Made Simple‘ was inspired by cooking in the kitchen with her daughter Abigail. The book isn’t just for kids, though. Listen as she describes the book and as we sample some of the recipes. END_OF_DOCUMENT_TOKEN_TO_BE_REPLACED

Always a pleasure to have Boston.com’s Perry Eaton in studio for a chat. After we talked a bit about Pearl Jam at Fenway and Perry’s new podcast, he filled us in on Game of Thrones live and Narragansett’s new Bananagrams-themed brew. END_OF_DOCUMENT_TOKEN_TO_BE_REPLACED