The Twitter police are cracking down on stolen tweets 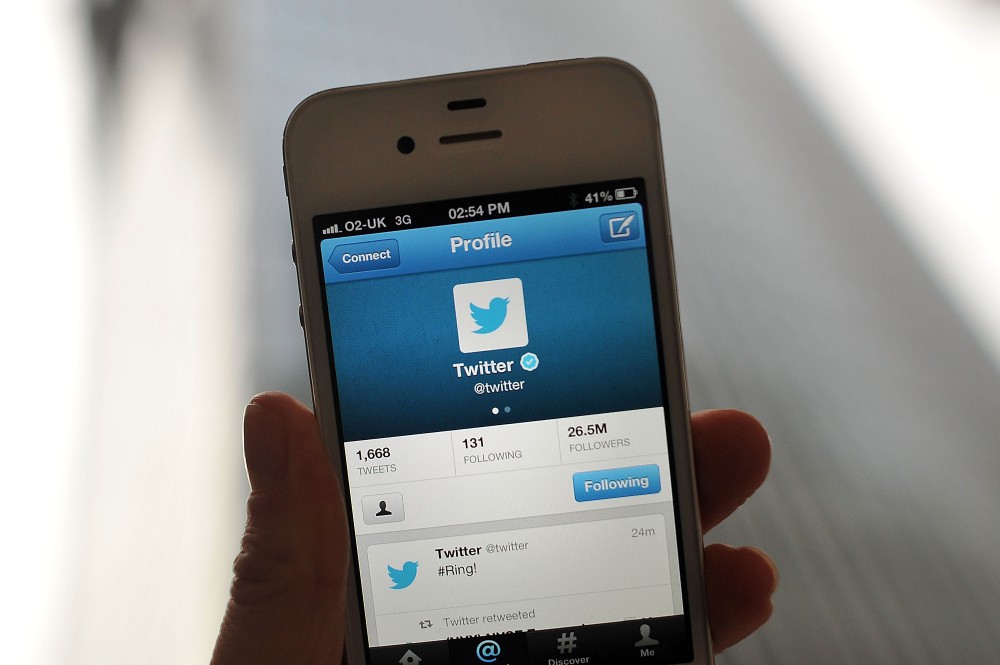 Twitter has deemed your tweets worthy of copyright protection. (No, that doesn’t mean your profile is getting verified.)

Twitter has started deleting “stolen” tweets. Users who believe their 140-character messages were ripped off can report the theft to Twitter; Twitter will edit the stolen tweets on the grounds of copyright infringement. The edited tweet will then read, “This Tweet from @username has been withheld in response to a report from the copyright holder.” 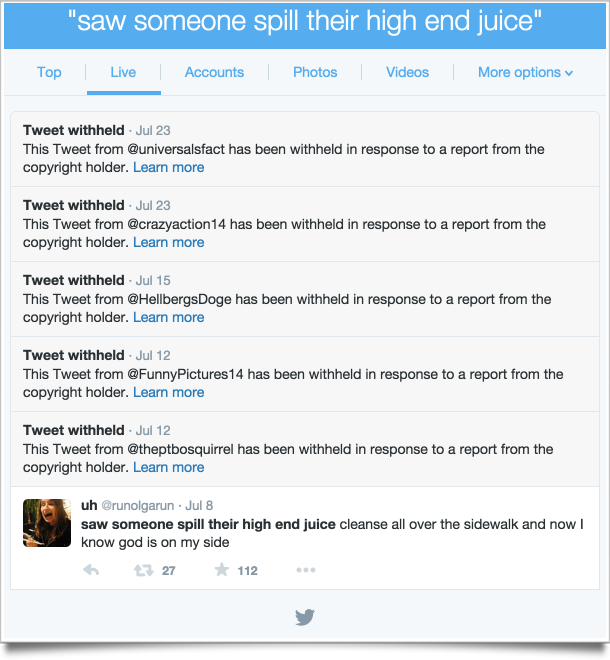 For Olga Lexell, or @runolgarun, this guarantees protection of her intellectual property. Lexell, a Los Angeles-based freelance writer, filed a request to Twitter to delete tweets that were being reused by “spam accounts” that, she claims, regularly steal jokes from others.

“I simply explained to Twitter that, as a freelance writer, I make my living writing jokes,” Lexell told The Verge. “I use some of my tweets to test out jokes in my other writing. The jokes are my intellectual property, and the users did not have my permission to repost them without giving me any credit.”

Though this is, arguably, the most aggressive Twitter has been in cracking down on stolen tweets, the company has had a system established for dealing with copyright infringement for a while. Twitter users are protected by the Digital Millennium Copyright Act (DMCA), which allows for the removal of photos, videos, and other clearly copyrighted material shared through tweets. That copyrighted material now includes the written—or tweeted—word.

Twitter now has a webpage set up where users can claim ownership over a tweet that they deem stolen. From there, it’s up to Twitter staffers to decide whether or not the claim is valid. If so, they’ll edit or delete the tweet and give the user a 10-day window to file a counter notice.

This Tweet from @jonnot has been withheld for not being funny.