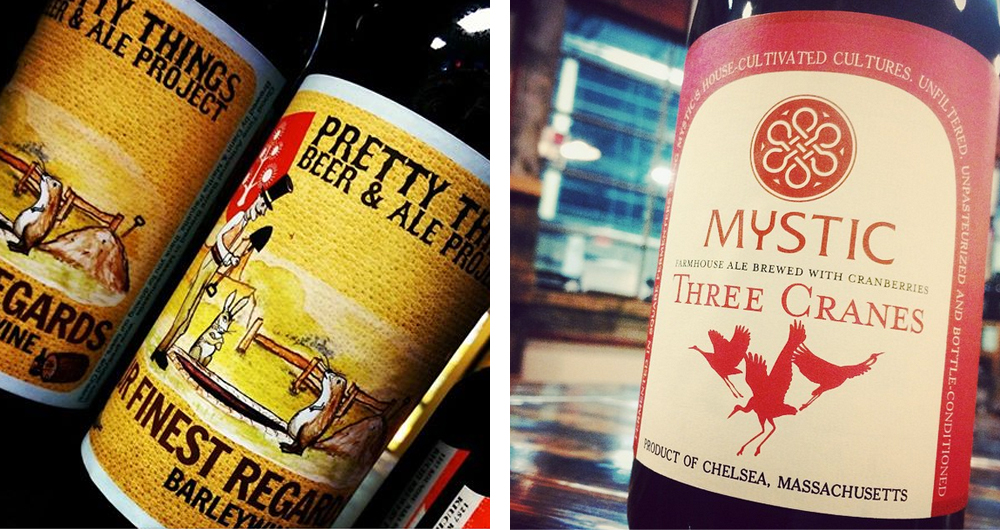 Much has been written about the parallels between beer and wine so we’ll skip the pretense, but really, if there’s one thing to take from it: These days it shouldn’t be out of place to see a Belgian quad or a Russian imperial stout instead of merlot or syrah next to the cranberry sauce or gravy boat at Thanksgiving. Beers can have just as much nuance as wine and often pair better with food. Some beers have a time and place. The following local brews deserve a spot on your table Thursday.

OK, this one is a gimme. Mystic Brewery’s Three Cranes, a beer brewed with cranberries, might be the most obvious of all these choices. Bryan Greenhagen and company harvest wild cranberries from Cape Cod, leaves, berries, stems and all (see below). From there they boil the berries down and incorporate them into this farmhouse ale.

The result is a pinkish-orange saison that’s effervescent and faintly acidic, the cranberry doesn’t dominate, but it does complement the style. The beer, highlighted by a tart, fermented cranberry twang could accompany pretty much any Thanksgiving dish, especially stuffing that’s been accented by the little berries.

Mystic brews some fine saisons as it is, An Dreoilin and Mary of the Gale among them, but Three Cranes has become one of the best Thanksgiving-time offerings from a Massachusetts brewer.

As the name implies, this thing is a dark, boozy, decadent monster.

Like everything Jack’s has done, Lager Ness is a lager – in this case, an imperial Baltic porter. Originally brewed back in the spring, this thing has been slumbering away in bourbon barrels since. The beer started off as Framinghammer but instead of water the second time through, it reused some wort from a previous batch to ramp up the sugars, which of course, translates to a higher ABV. – 15%!

Heading west for Thanksgiving and looking for a quick reprieve from Mass Pike traffic? Lager Ness Monster is a brewery-only release, which means you can only buy bottles ($12) at Jack’s Abby HQ in Framingham. Chances are this beer is going to cellar well, but beer fans looking for something special to share this Thanksgiving, perhaps with a dessert like pecan pie, should opt for a snifter of Lager Ness. 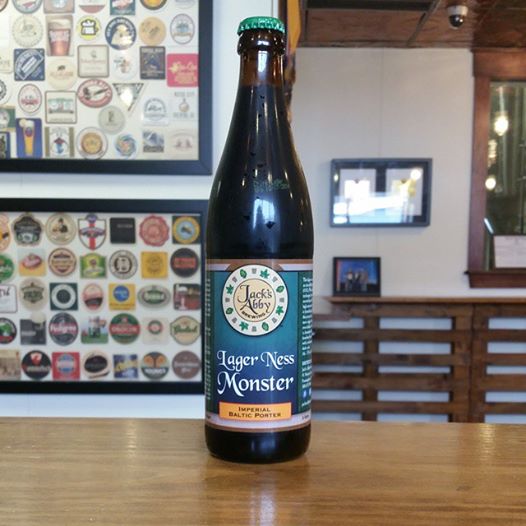 Much like Mystic’s Three Cranes, Everett’s Idle Hands helps combat the glut of tired, pumpkin-flavored beer that usually makes its way to the market this time of the year with Rosemary for Remembrance.

The beer, something Idle Hands is calling a Belgian Field Beer, is brewed with sweet potato, rosemary and a smidge of smoked malt.

Rosemary is savory, but not overbearingly so, and almost begs to be paired with food. We’re thinking this would be aces alongside roasted root vegetables, garlic mashed potatoes or anything along those lines, really.

Everyone needs to try this gem. Savory and delicious. Pick some up tonight! #DrinkLocalMA @idlehandsbeer pic.twitter.com/JG0DCeD1O3

The heaps of praise bestowed upon Fort Point’s Trillium Brewing are rightfully so. Congress Street – bursting with Galaxy hops – is sublime and Pot & Kettle, its oatmeal porter, is rich and fudgy, almost like a dessert in a glass. Still though, Trillium’s first beer, the eponymous farmhouse ale, is often overlooked. It’s a solid saison; crisp and refreshing, notes of hay and grass dominate the nostrils. Unlike some of Trillium’s other beers, which can be hard to come by, 750 ml bottles of Trillium are usually available at finer bottle shops. The beer would make a great addition to any Thanksgiving table and since it finishes dry, could be paired with the turkey itself. 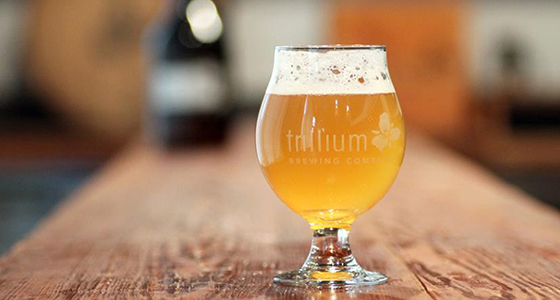 At 12% ABV, Pretty Things Beer and Ale Project’s Our Finest Regards is a no-doubt sipper. A boozy and robust English-style barleywine that tastes like golden raisins and figs, it makes for a great bottle to share among family. While pairing barleywines with foods can be tricky, namely because they can be so aggressive, Our Finest Regards is balanced and might go well with something creamy, like a rich brie or some other soft cheese. Crack a 22 oz. bottle of this outside on the back porch while the turkey roasts away.

Enter to win a pair of tickets to attend The Hess Collection Seminar and Dinner as part of Boston Wine Festival 2018 at the Boston Harbor Hotel on Wednesday, March 14th. END_OF_DOCUMENT_TOKEN_TO_BE_REPLACED

This year, the festival is welcoming more female wine producers than ever before, making up 20% of all winemakers that will be at the festival. END_OF_DOCUMENT_TOKEN_TO_BE_REPLACED

The holidays are here, so raise a glass. END_OF_DOCUMENT_TOKEN_TO_BE_REPLACED

‘Tis the season to mix a nice, stiff drink. END_OF_DOCUMENT_TOKEN_TO_BE_REPLACED

Warm up with Tito’s on your sweater and Tito’s in your glass. END_OF_DOCUMENT_TOKEN_TO_BE_REPLACED

There’s a ton going on at Idle Hands in Malden this spring. Dan McDonnell and Josh Deering joined me in studio to talk about Maifest, what’s new in the Taproom, and their collaboration with The Black Ale Project. Oh, and don’t miss Idle Hands at BeerAdvocate’s Microbrew Invitational next month! END_OF_DOCUMENT_TOKEN_TO_BE_REPLACED

Giovanna Guzman is the marketing coordinator at Kings Bowl, who you can visit in the Back Bay, Burlington, Lynnfield, Dedham, and soon in the Seaport. We talked beverages, naturally, seeing as it’s Thirsty Thursday. And we sampled sangria. And it was soooo good. END_OF_DOCUMENT_TOKEN_TO_BE_REPLACED

These five words might change your life: Farmer Willie’s Alcoholic Ginger Beer. Co-founders Nico Enriquez and Max Easton were in studio with me this morning. Nine-packs and kegs of Ginger Session coming next week! END_OF_DOCUMENT_TOKEN_TO_BE_REPLACED