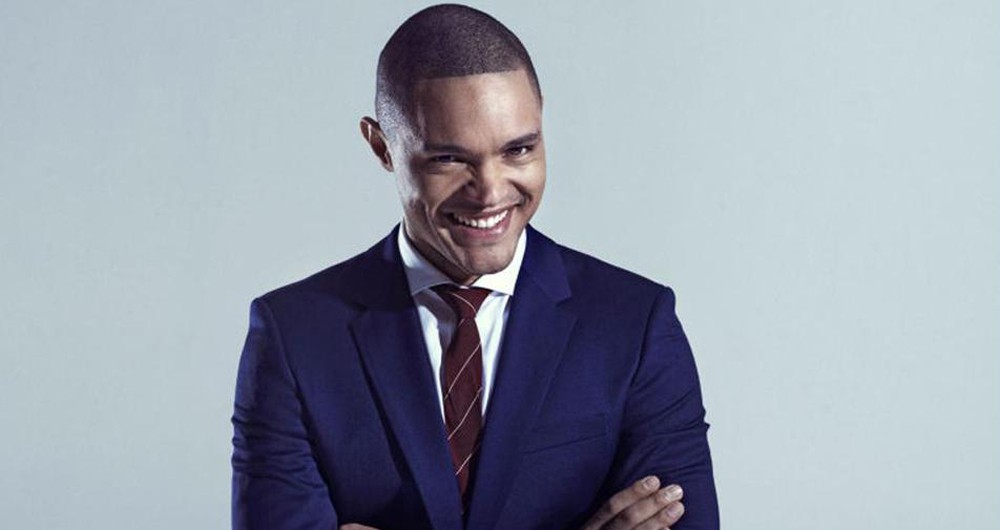 Last month, Jon Stewart announced that he would be departing from The Daily Show where he had been host since 1999. While many speculated as to who would be Stewart’s successor, today those rumors will be put to rest, as South African comedian Trevor Noah will be officially announced as the new man behind the desk of Comedy Central’s popular news satire show.

No-one can replace Jon Stewart. But together with the amazing team at The Daily Show, we will continue to make this the best damn news show!

The 31-year-old funny man broke the news in a phone interview yesterday with the New York Times, as he was traveling in Dubai for a stop on his comedy tour.

“You don’t believe it for the first few hours,” Mr. Noah said of learning about his new job. “You need a stiff drink, and then unfortunately you’re in a place where you can’t really get alcohol.”

Noah isn’t the only one who’s excited. Jon Stewart also expressed his approval.

“I’m thrilled for the show and for Trevor,” Mr. Stewart said in a statement. “He’s a tremendous comic and talent that we’ve loved working with.” Mr. Stewart added that he “may rejoin as a correspondent just to be a part of it!!!”

The young comedian is likely no stranger to Daily Show diehards. Noah has appeared on the show as a correspondent, first showing his face in December to play a game of “spot the Africa” with John Stewart. Those unfamiliar with Noah should know that in South Africa, he has had his own talk show, been a popular radio host, and starred in educational programs early in his career. Recently, he has focused more on comedy, touring worldwide and appearing on The Late Show With David Letterman. If you’re skeptical as to how funny he is, rest assured that he has Chris Rock’s full approval.

While Stewart hasn’t announced a concrete end date to his Daily Show run, he is expected to leave sometime between July and the end of this year.

“Trevor Noah is an enormous talent. He has an insightful and unique point of view, and most importantly, is wickedly funny,” said Michele Ganeless, president of Comedy Central in a statement. “For the next host of ‘The Daily Show,’ we set out to find a fresh voice who can speak to our audience with a keen take on the events of the day, and we found that in Trevor. He has a huge international following and is poised to explode here in America, and we are thrilled to have him join Comedy Central.”

The statement did not reveal when Noah’s Daily Show would be premiering.

Comedian Myq Kaplan is a comedian named Myq Kaplan. He joined me in studio this afternoon, and he’s at Laugh Boston this weekend. Click here for tickets. END_OF_DOCUMENT_TOKEN_TO_BE_REPLACED

My goodness, I love Sue Costello. It was great having her back in studio today to talk about her one-woman show, #IAmSueCostello, playing tonight at the Revere Hotel. Click here for tickets. END_OF_DOCUMENT_TOKEN_TO_BE_REPLACED

Trump Takes On…Boston! is running now through election night at Laugh Boston. David Carl was back in studio this afternoon to talk about bringing Donald Trump to the stage, the cathartic element (for both him and the audience) and how audiences have been reacting so far. END_OF_DOCUMENT_TOKEN_TO_BE_REPLACED

Trump Takes On…Boston! has arrived at Laugh Boston. I had comedian David Carl, who is portraying Trump, in studio this morning to talk about the show. END_OF_DOCUMENT_TOKEN_TO_BE_REPLACED

Lachlan Patterson made me laugh this morning. Let him make you laugh this weekend at Laugh Boston. Click here for tickets, and click “more” to hear our conversation. END_OF_DOCUMENT_TOKEN_TO_BE_REPLACED

Always a pleasure to have Boston.com’s Perry Eaton in studio for a chat. After we talked a bit about Pearl Jam at Fenway and Perry’s new podcast, he filled us in on Game of Thrones live and Narragansett’s new Bananagrams-themed brew. END_OF_DOCUMENT_TOKEN_TO_BE_REPLACED

It was great to have Alonzo Bodden back in the RadioBDC studio this morning. Don’t miss him at Laugh Boston this weekend! Click here for tickets and info, then click through to hear my interview. END_OF_DOCUMENT_TOKEN_TO_BE_REPLACED