Top Films of 2004 Retrospective, Part I: More Than Just Fetch, The Shins, and Napoleon 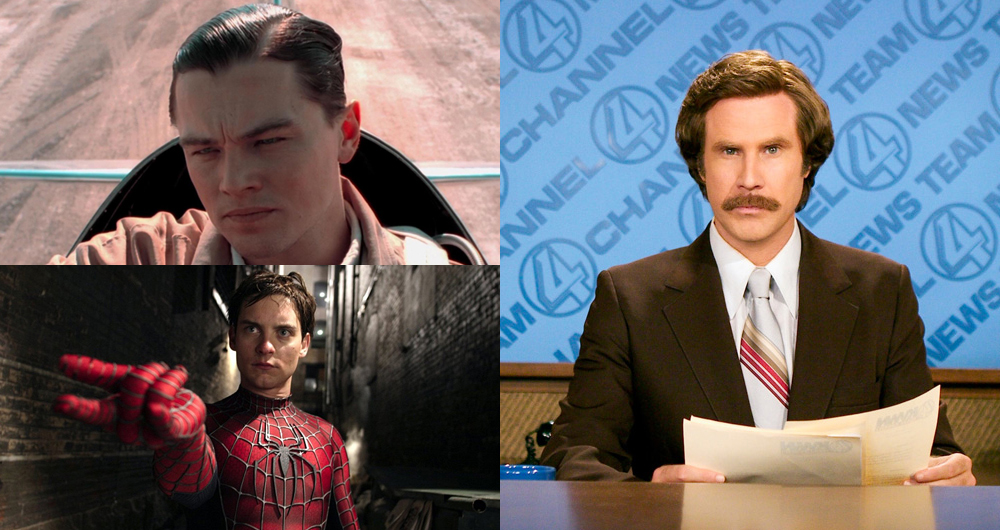 While all of the films previously mentioned were important to 2004’s year in film (regardless of whether they were “good” or “bad”), they weren’t quite the cream of the crop. That’s why I’ve compiled a top ten list of the “best” films of 2004 to guide you on your nostalgia trips. Today I’ll be covering the bottom five, and tomorrow I’ll be exploring the top five, so be sure to check in. Yes, lists are all relative and subjective, but when the films are this great, it’s hard to object.

If “The Dark Knight” had never been birthed into existence by Christopher Nolan, then “Spider-Man 2” could still be called the greatest comic book movie ever made. Sam Raimi perfectly captures the tone of the comic book with humor, drama, and romance, while also improving upon the original movie in every way. The action set pieces are bigger and more visually interesting. The back-and-forth romance between Peter Parker (Tobey Maguire) and Mary Jane Watson (Kirsten Dunst) is enriched by their past and made incredibly believable by wonderful performances. The villain, Doctor Octopus (played by the great Alfred Molina), is more engaging and human. And the theme of “With great power comes great responsibility” is deepened to powerful effect. “Spider-Man 2” may be a near-perfect comic book movie, but it’s also one of the greatest blockbusters of all time.
Before David O. Russell was making big-time Oscar-winners, he assembled “I Heart Huckabees,” which may be the first and only film to be deemed a philosophical screwball comedy. Featuring an ensemble cast of characters, from Dustin Hoffman and Lily Tomlin as existential detectives to Jason Schwartzman as the leader of an environmental group going through a crisis to Jude Law as an executive of a chain-store whose life comes undone to Mark Wahlberg (in one of his greatest performances) as an obsessive, quick-to-anger fireman. Sure, the plot is messy and nonsensical, but it’s rare to have a comedy this original. A hilarious and weird satire of our society’s need for quick spiritual fixes.
“Anchorman” was endlessly quoted back in 2004, and it’s still endlessly quoted now. Is that because of its layered, blink-and-you’ll-miss-it sense of humor or because it changed the course of film comedy by lending it a certain inspired absurdism and silliness? Turns out its both and then some. Led by a genius comic turn by Will Ferrell as a misogynistic, vain anchorman in 1970s San Diego (stay classy), the film takes a tongue-in-cheek look at the 1970s, specifically gender roles and sexual politics. But that’s not to say that it has any particularly big ideas on its mind. “Anchorman” is mainly a shaggy vehicle for getting some of the funniest people in comedy together for non-stop, ridiculous laughs.
Jonathan Caouette’s experimental documentary “Tarnation” is at once empowering and tragically heart-breaking. Through home movie clips, photographs, recorded phone calls, and personal footage taken from over the course of twenty years, the film is at once a portrait of Caouette growing up gay and a portrait of his relationship with his mother and her history of mental illness. By watching and listening to Caouette, you get the sense that his making of the film was a means of exorcising his personal demons and, in turn, saving his own life.
“The Aviator” is rarely brought up when discussing the genius of master filmmaker Martin Scorsese, and that’s quite a shame. Featuring outstanding performances all around, especially Leonardo DiCaprio’s leading turn as the obsessive, germophobic renaissance man/business tycoon Howard Hughes, the film also features some of Scorsese’s most bravura filmmaking. Huge set pieces are endlessly stacked alongside one another, but, when it comes down to it, “The Aviator” is one of Scorsese’s most personal films, a film about obsession and the overreaching American dreamer. He certainly knows a thing or two about that.