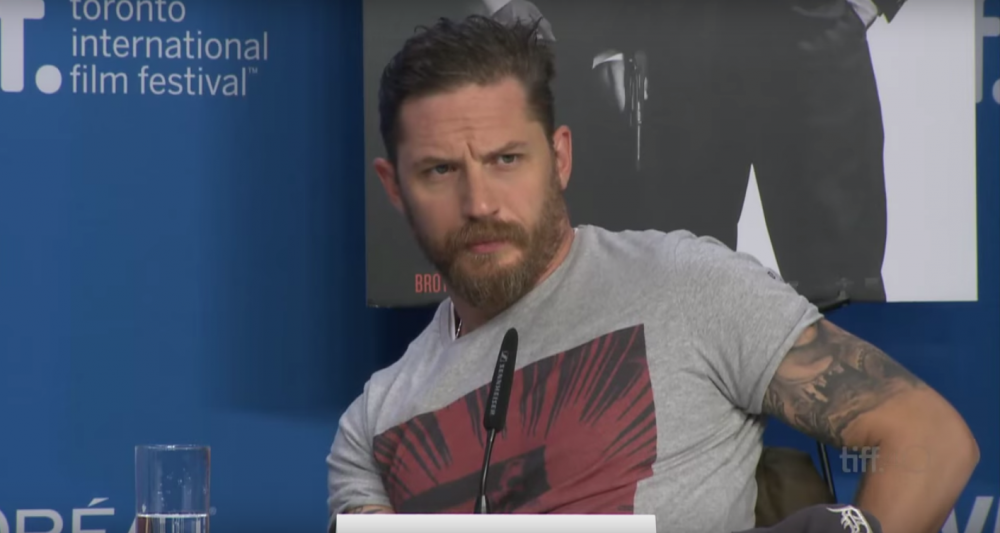 During a panel for his new film, Legend, Tom Hardy was asked about his “ambiguous” sexuality. Things quickly got tense.

Graeme Coleman, a writer for the LGBT news organization Daily Xtra, ventured to ask Hardy a question about sexuality during the September 13 press conference at the Toronto International Film Festival. Coleman mentioned it in the context of discussing Hardy’s Legend character Ronnie Kray, who is bisexual, while also referring to Hardy’s own apparently “ambiguous” sexuality.

“In the film, your character Ronnie is very open about his sexuality,” Coleman started, “But given interviews you’ve done in the past, your own sexuality seems a bit more ambiguous.”

Coleman was referencing a 2008 interview that Hardy did with Attitude magazine in which he answered the question“Have you ever had sexual relations with men?” with, “I’ve played with everything and everyone.”

“Do you find it hard for celebrities to media about their sexuality?” Coleman asked.

To which Hardy replied:

Coleman mentioned the Attitude interview, but still, Hardy wasn’t having it. He pushed the reporter further, asking him to restate the question–”Do you find it for celebrities to media about their sexuality?”–only to be shut down.

“Are you asking about my sexuality?” Hardy asked.

In a September 3 press conference for the same movie, Hardy was short when replying to questions about the purported challenges of playing a bisexual character. According to The Record, Hardy apparently handled those reporters much like he handled Coleman.

“Do you know what, I didn’t even think about it,” Hardy said, The Record reports. “I don’t think it needs playing, that’s that.”

Watch the clip from Sunday’s panel below: