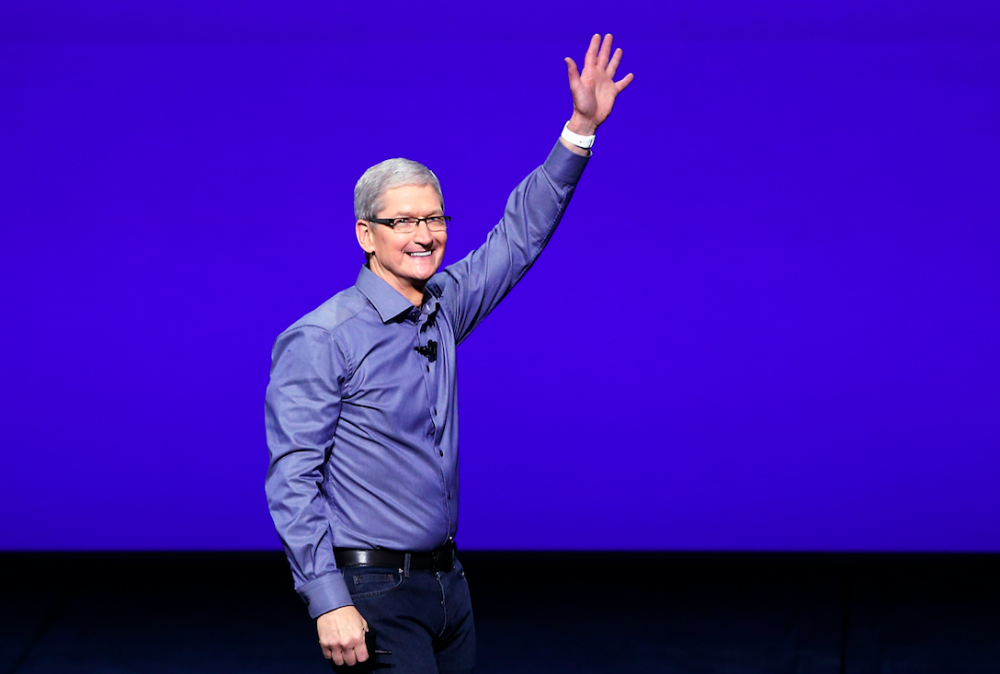 Apple CEO Tim Cook came out last year after deciding that protecting his privacy wasn’t as important as helping others in need.

Appearing Tuesday night on The Late Show with Stephen Colbert, Cook was heralded by Colbert for incorporating a charitable component to the work that Apple does. Focusing on the CEO’s dedication to human rights and education, Colbert segued to Cook’s recent announcement.

“You yourself came out as gay recently,” Colbert said. “Was that an upgrade or just a feature that had not been turned on before?”

Mentioning Cook’s upbringing in rural Alabama, Colbert asked if growing up as an outsider inspired him to help people dealing with hardships internationally. According to Cook, it did.

“It became so clear to me that kids were getting bullied in school,” Cook said, “kids were getting, basically, discriminated against, kids were even being disclaimed by their own parents, and that I needed to do something. And where I valued my privacy significantly, I felt that I was valuing it too far above what I could do for other people.”

Equating his coming out to discovering a feature on your iPhone that you never knew you always had, Cook said that his sexuality came as no surprise to many of his coworkers who already knew. But he realized that it might be surprising to the larger world. That was a notion that gave him an even greater sense of responsibility to live his truth.