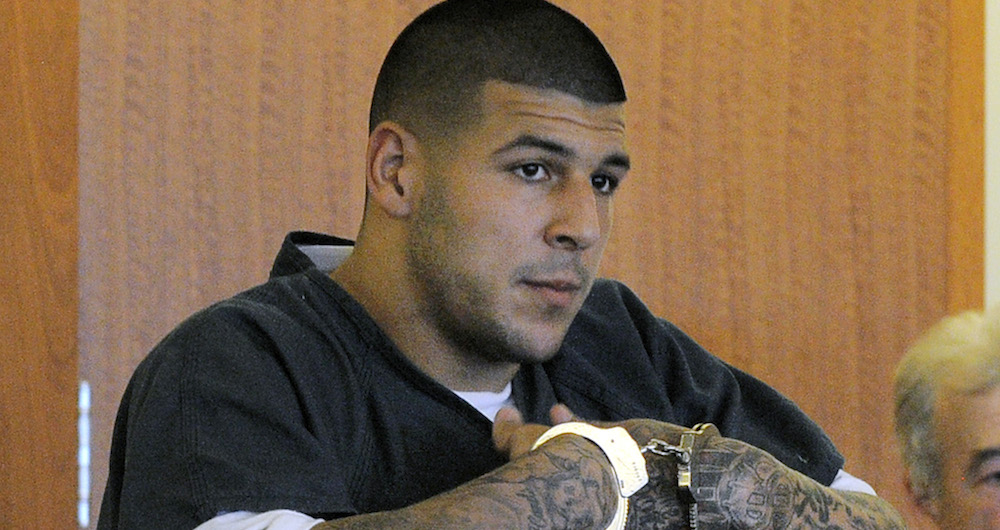 It’s a headline too ridiculous to believe: “Aaron Hernandez Found Not Guilty; Will Return To The New England Patriots For 2015 Season.” Yet over 24,000 people were fooled into sharing this story on Facebook, when a simple Google search (or search of any reputable news site) would have revealed how fake it is.

The story in question was published by a hoax site called Extrawire, which is one of many sites that publishes obviously fake and incendiary stories designed to fool people stupid enough to share a random link without Googling it first. The site is especially terrible because unlike real satire sites like The Onion, there is no effort to inject any humor into the article. 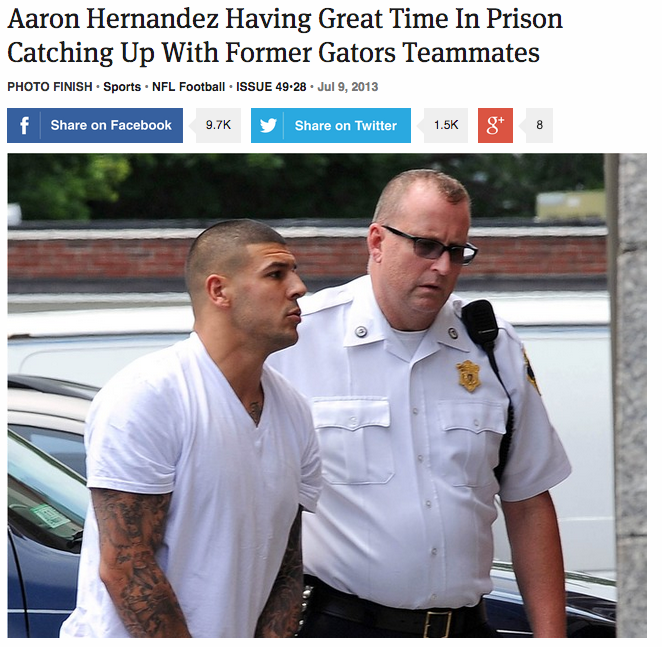 The above screenshot is an article from The Onion. It’s a humorous but obviously fake article. Here’s the Extrawire one. 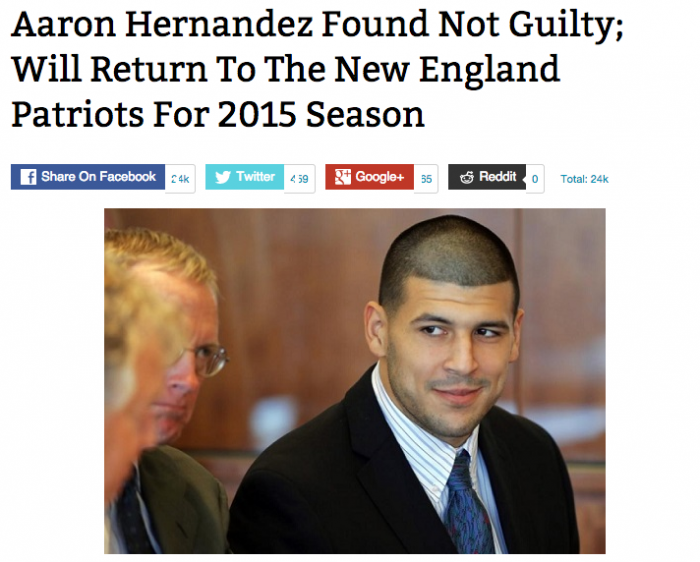 See the difference? Everything on the Extrawire website purports to be real stories, and features zero attempt to distinguish the content as satirical and/or humorous. And it’s that very reason that the story was a big success on Twitter and Facebook.

Studies have shown that people often don’t read articles beyond the headlines. Even high quality news sites like NPR found that commenters on their Facebook page will take time to voice their opinion but won’t actually read the story.

Even if someone only read the headline, however, how could anyone really believe Aaron Hernandez would be immediately released from jail and that the tight end would then sign with the New England Patriots?

Here’s just a few of the thousands of Twitter users who were fooled by the story. People are STILL posting the article, despite Deadspin running a story about its non-veracity on Sunday and Internet hoax specialist Snopes writing up an entry about it.

New rule: If you you’re not going to take the time to Google a suspicious-sounding story from a news source you don’t recognize, don’t share it on social media.

Nobody likes being a scold, but if you see a friend sharing an obviously fake story, call them on it. They may not appreciate being made to look dumb, but the quality of your news feed will improve in the long run.

Enter to win a pair of tickets to attend The Hess Collection Seminar and Dinner as part of Boston Wine Festival 2018 at the Boston Harbor Hotel on Wednesday, March 14th. END_OF_DOCUMENT_TOKEN_TO_BE_REPLACED

The Black and Gold continue their run tonight at TD Garden. END_OF_DOCUMENT_TOKEN_TO_BE_REPLACED

Who will make the Class of 2018? END_OF_DOCUMENT_TOKEN_TO_BE_REPLACED

It’s been awhile since we talked Black and Gold. END_OF_DOCUMENT_TOKEN_TO_BE_REPLACED

You’re going to wish you were in the Northern Alps. END_OF_DOCUMENT_TOKEN_TO_BE_REPLACED