This woman just turned 110. She says it’s thanks to beer and whiskey. 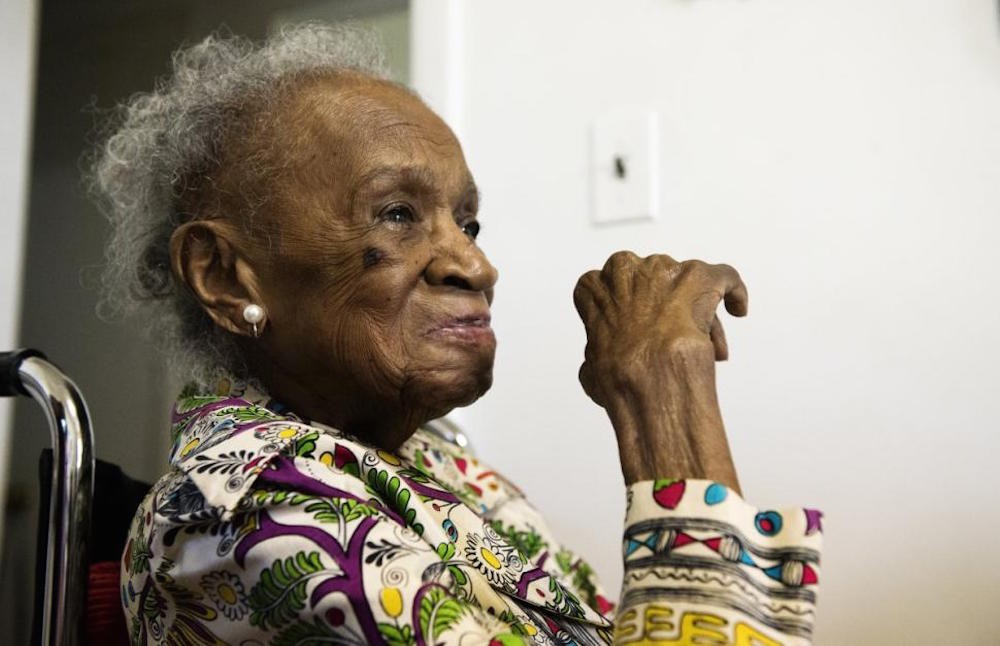 A 110-year-old woman has a secret for how she’s made it this far: drink lots of booze.

Agnes Fenton of Englewood, New Jersey, officially became a supercentenarian–someone who’s made it past age 110–on August 1, according to NorthJersey.com. It’s an exclusive title, one held by only about 200-300 people worldwide, according to data from the New England Supercentenarian Study at Boston University School of Medicine.

At 110, Agnes Fenton of #Englewood has ‘nothing to complain about’ – http://t.co/yLRL2JVDT6 pic.twitter.com/xDER48O9eH

But Fenton doesn’t seem impressed by her own major accomplishment.

“The birthday is just another day,” Fenton told NorthJersey.com.

And she hasn’t made it this far by typical means, either.

Daily doses of Miller High Life and Johnnie Walker Blue are her elixir of life, according to NorthJersey.com.

About 70 years ago, Agnes had a benign tumor. Her doctor reportedly recommended she drink three Miller High Lifes a day to treat her ailment, NorthJersey.com reports, and she’s followed the regime ever since.

(The whiskey was her own creative addition.)

“When I was 100 years old, I went to the mirror to thank God that I was still here. And I thank him every morning,” Fenton tells NorthJersey.com.

“He gave me a long life and a good life, and I have nothing to complain about.”

Is beer the key to a long life? Agnes Fenton thinks so. She just celebrated her 110th birthday! pic.twitter.com/42SaKLglVA