This Sunday, whatever you do, don’t go to a Super Bowl party 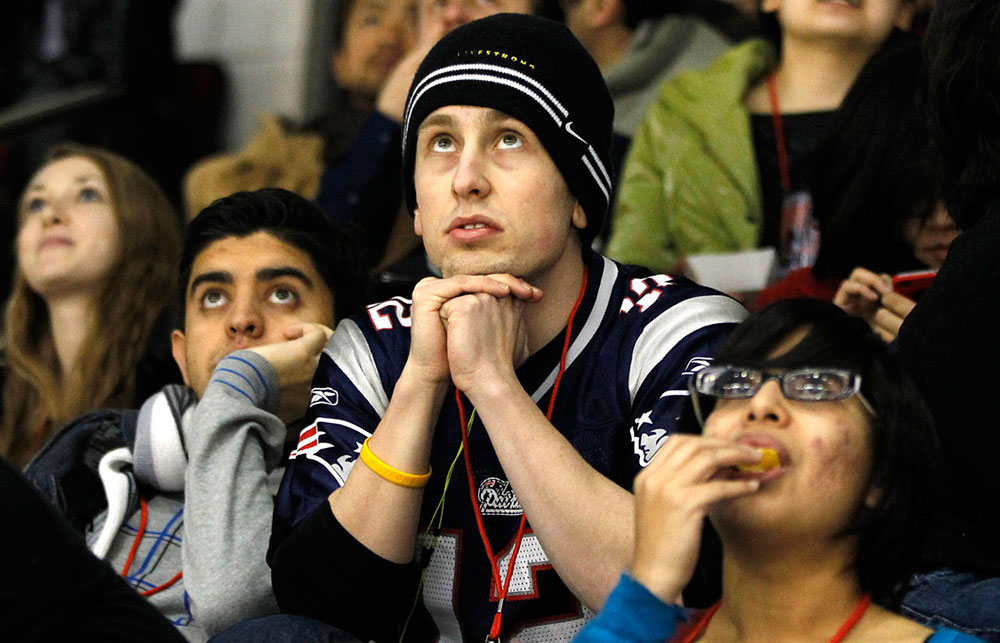 It’s the Big Game today, making this sports New Year’s, a.k.a. sports St. Patrick’s Day, a.k.a. a birthday party for sports where you invited 40 people to sit down for dinner at a restaurant and you’re all splitting the check. That means everyone is scrambling to lock down their plans for watching the televised monstrosity that is the epitome of everything aggressively banal about consumerist American culture. But how can you figure out the best way to actually enjoy the experience yourself? Here are a few questions you need to ask yourself beforehand to figure where you should watch the game.

Skip it. Your year is done. Football season ended two weeks ago in the championship round. This is not a football game, it’s five hours hanging out in the home theater demo room at Best Buy.
Your team is most likely not in the Super Bowl, so watching the game is like going to your ex’s wedding without a date. Sure, you’re happy that other people are happy, and you still believe in the possibility of hope and love existing in the world, but you don’t necessarily want to watch it happen in front of you while you sit there with your metaphoric vagina in your hand do you? Every celebration of a TD will be a reminder that it’s not you having fun, every dejected player on the losing side will morph into a stand-in for your beloved loser of choice. Better to simply pretend it doesn’t exist, like most of the problems in your life.
Don’t go to a Super Bowl party! Pretty simple calculus there. I don’t care about the Oscars, although I know it’s a pretty big deal for gatherings around the TV, so I don’t go to parties to watch the broadcast because I’m not a glutton for weird punishment.
How droll of you. Save the one-liners for Twitter with the rest of the projecting, insecure narcissists, buddy. Besides, on Twitter there’s a much higher chance that the comedy scouts are going to see your awesome joke about Pepsi or Go Daddy and whisk you off to Hollywood to become the 19th writer on “New Girl.”
Don’t go to a Super Bowl party! We get it, everyone knows this about football, and yet we watch it anyway. Going to a Super Bowl party to complain about football is like standing outside an abortion clinic with a poster. You’re not changing anyone’s mind, you’re just making it known to the world that you’re a piece of shit.
Stay home and watch alone. No one wants to see you cry/whoop with glee like that. That shit is unbecoming of an adult human.
Proceed as planned and go right ahead. The halftime show is to music what the Super Bowl is to football, so you’ve picked the perfect setting to enjoy your form of entertainment of choice. This is your night, make the most of it.