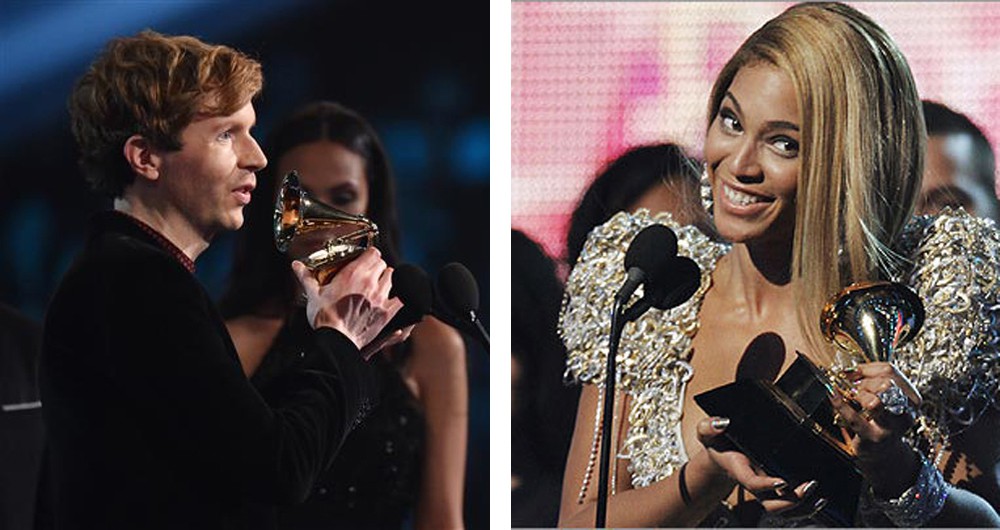 The Kanye-fueled battle of Beck vs. Beyoncé has plagued Americans all week, to the point where somebody had to step in and do something.

Luckily, Soundcloud user “Beckyoncé Knowles-Hansen,” known to humans as musician BJ Warshaw, found a way for us all to be happy. Warshaw, a former member of the band Parts & Labor, merged Beyoncé’s 2008 smash “Single Ladies” with Beck’s 1994 breakout hit “Loser.” The results are something even Mr. West could likely support, so we caught up with Warshaw to find out his inspiration.

Why did you make this?

All that said, I have total respect for Beyoncé, Beck, and Kanye. I thought something positive and fun could be made out the situation. And, further, I can wag a finger and say, “Watching the Grammys is a dumb, stupid waste of time!” But I’m the one spending 6+ hours making a silly mashup.

Once you had the idea, was there any doubt it would be these two specific songs from each artist? Like, was it ever ‘Halo’ and ‘Where It’s At’?

Nope, no doubt. These were the two songs that I immediately associated with Beck and Beyoncé. They happen to have a similar swing. The tempos aren’t terribly disparate, and they’re only a whole step apart. I initially tried to keep Beyoncé in her original key of E, but raising Beck up from D made him sound like a chipmunk. So I had them meet halfway at Eb.

My pals Christopher Weingarten (who provided a valuable and critical ear as I put it together) and Jordyn Bonds both, independently, suggested “Crazy In Love / Sexx Laws” next. But I’m not sure I got time for that…

Did you have any opinion on the Grammy “scandal” between Beck, Beyonce and Kayne?

I can’t help but get conspiracy theorist about it. It all seems so manufactured. Like, all parties here – Kanye, Beyoncé, Beck, and the Grammys – benefit from the click bait. I wouldn’t be surprised in the least if it was all scripted by a very savvy team of writers and producers.

In general, it feels like the Internet age is increasingly adept at propagating banal negativity for profit. At best it’s a bummer; at worst it’s a grim sign of who and what we as a society choose to put up on a pedestal.

Is the Grammy award-winning Beck album any good?

I mean, I listened to it once when it came out, on Spotify. I enjoyed it, but it felt like a rehash of Sea Change. It hasn’t really stuck with me, to be honest. Sorry, Beck! I’ll give it another listen!

Enter to win tickets to see Trio Da Kali at The Villa Victoria Center of the Arts (Newton, MA) on April 10th. END_OF_DOCUMENT_TOKEN_TO_BE_REPLACED

END_OF_DOCUMENT_TOKEN_TO_BE_REPLACED

Enter to win tickets to Rhye at The Paradise on February 28th. END_OF_DOCUMENT_TOKEN_TO_BE_REPLACED

Her new album has been pushed back, but we have Kimbra’s new single for you. END_OF_DOCUMENT_TOKEN_TO_BE_REPLACED

The folk duo returns with a new record this week. END_OF_DOCUMENT_TOKEN_TO_BE_REPLACED

Now that we’re done looking back at 2017, let’s look ahead at 2018. END_OF_DOCUMENT_TOKEN_TO_BE_REPLACED

Our first Song of the Week for 2018. END_OF_DOCUMENT_TOKEN_TO_BE_REPLACED

In a year when so many things were off, the music was right on. END_OF_DOCUMENT_TOKEN_TO_BE_REPLACED