Snapchat will never be the same.

Though most folks use the ephemeral messaging service to send poorly lit pictures of their genitals to people who didn’t ask for them, Redditor Azonfrelli has found a way to make lemonade with the app’s crude drawing tool to put together some of the best My Stories ever produced.

The 10-second art installations are the product of – you guessed it – boredom. Azonfrelli, being a recent college graduate and also an American in 2014, is having some trouble finding a job, so he’s decided to fill the time between cover letters by doodling himself into A+ celebrity caricatures. He’s even taken the liberty of compiling his greatest hits into a YouTube video (above) that was shared on Reddit and quickly went viral.

In the video, Azonfrelli spoofs KISS, “Frozen,” Pharrell’s stupid hat, and plenty of other well-sketched pop culture icons. The detail is impeccable, and Azonfrelli’s nimble finger work could help the struggling post-grad land a job if he capitalizes on his sudden Internet popularity.

Hell, we’d hire him here at BDCwire, but we already have one Snapchat ace. 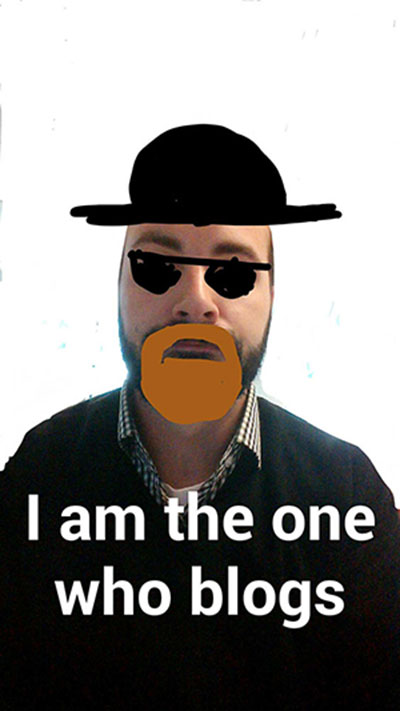 UPDATE: Azonfrelli – real name Anthony Zonfrelli – has just passed along another edition of his Snapchat compilations. This one is even more ambitious than the last, featuring much more detailed scenes that pay homage to (among others) Elton John, “The Sound of Music,” and Jimi Hendrix. Zonfrelli (who just graduated from Harvard University of all places) even gets so bold as to attempt a duet cover of a scene from “A Night at the Roxbury.”

This one is not to be missed. Can someone give this kid a job, already?