A statue of Jefferson Davis was removed from the main green of the University of Texas at Austin on Sunday after it was deemed incongruent with the university’s values and best interests. 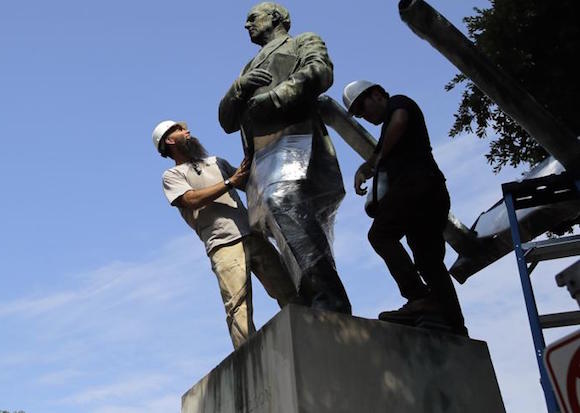 The statue of Davis, who was the president of the Confederate States of America, was erected on campus in 1933, according to NPR. The UT Student Government claimed that Davis was no longer relevant enough to be displayed so prominently.

“Statues are meant to glorify individuals and what they stood for,” Xavier Rotnofsky, president of the UT Student Government, told the Austin American-Statesman in March. “Jefferson Davis stood for some really abominable ideas that not only offend students but affected the groups many students identify with.”

Rotonofksy continued: “It’s a slap to their face.” 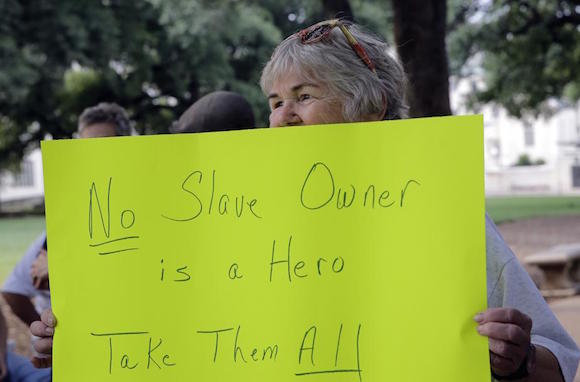 UT president Davis Gregory Fenves wrote a letter on the university’s website on August 13 explaining his decision to take down the statue, saying that it will be moved to the Briscoe Center for American History, UT’s history research unit.

“Davis had few ties to Texas; he played a unique role in the history of the American South that is best explained and understood through an educational exhibit,” Fenves wrote.

UT Austin’s statue of Davis has long been a source of contention among students and had been repeatedly vandalized by those who dissented with its place on campus. This was exacerbated by the recent nationwide scrutiny of Confederate symbols, which some interpret as racist and bigoted.

As for rebel statues and symbols on our campuses, Longhorns are right to #TakeItDown. #NoDavisOnCampus is 100% appropriate, @gregfenves

Not everyone is happy about the relocation of the Davis statue.

The Sons of Confederate Veterans sued to have the statue stay in its place back in early August. Their case was dismissed last week in court, and soon after, the statue came down.

Kirk D. Lyons, the Sons of the Confederate Veterans’s lawyer, has spoken out about the event.

“What has happened was a cultural atrocity—this is a desecration of art,” he told The Dallas Morning News.

Lyons has started a crowdfunding page to do “Southern heritage legal research” that will “prevent other ISIS-style atrocities before it is too late.” He has also compared the removal of the Davis statue to the bombings at Hiroshima, saying that president Fenves will “rue the day” he took down the Davis state.

Mostly, though, folks were pleased with Fenves’s decision. 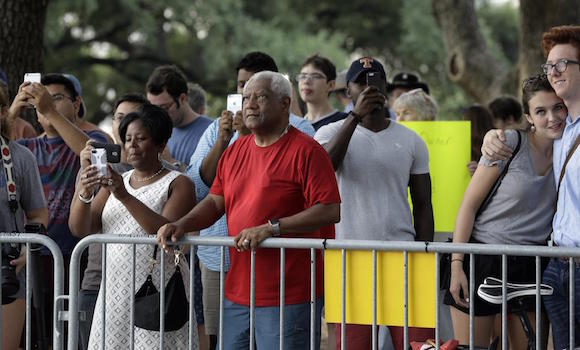 According to The Dallas Morning News, around 100 people showed up on Sunday morning to watch and cheer as the statue was taken down and moved to its new spot, indoors, on the other side of campus. 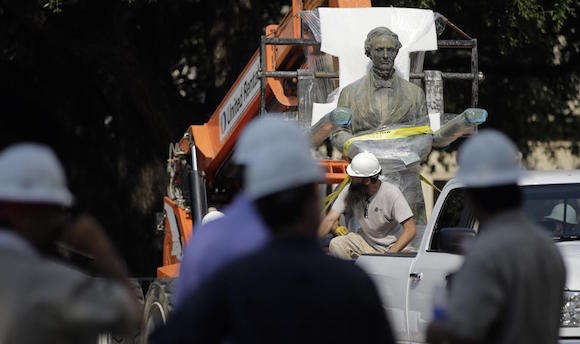