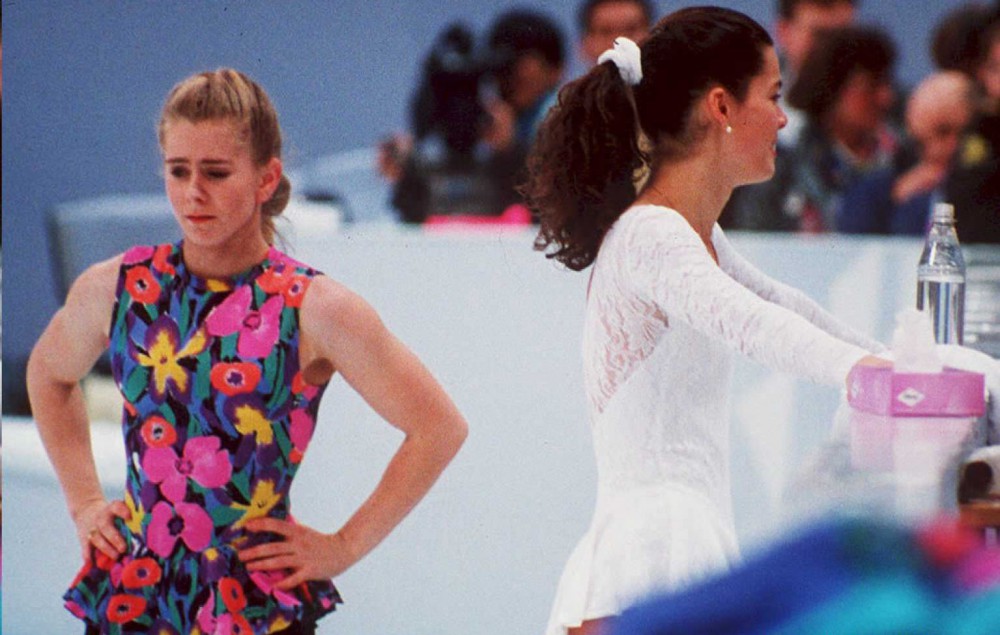 You read that right – two Brooklynites have erected a micro-museum to the famous 1994 scuffle between Olympian figure skaters Nancy Kerrigan and Tonya Harding in their own apartment.

The two comedians, Viviana Olen and Matt Harkins, decided that beginning their own museum was the only reasonable course of action after watching recent popular ESPN documentary The Price of Gold, which chronicles the infamous clubbing of local skater Nancy Kerrigan’s knee– an incident that has forever been linked to skating rival Tonya Harding. From there, the two began collecting their own stash of memorabilia surrounding the event. Once this grew out of hand, they curated and hung their pieces in their long apartment hallway and the Tonya Harding Nancy Kerrigan 1994 Museum was born.

Good morning from the #THNK1994 museum. It's almost one o'clock. pic.twitter.com/MTH883OmXl

The Daily Beast reported on the museum’s impending opening, which is Saturday in Brooklyn and includes some reportedly awesome swag bags for those lucky enough to attend.

There’s some Nancy Kerrigan memorabilia culled from eBay, including trading cards of the figure skater, as well as contributions from artists around the country: needlepoint portraits of Harding and Kerrigan and a cartoon depicting these dual archetypes as the twins in The Shining. One woman who funded the project drove up from the DC area to help Olen and Harkins with lighting design and fabric.

“It feels like a chain of art,” says Olen. “Working with other people is the fun part.”

Olen and Harkins had raised $2,000 on Kickstarter to fund the museum’s opening (tickets here) and the curators are also offering personalized tours upon request. Makes you rethink that empty wall space at home…

Is fan homage to the Harding/Kerrigan scandal unusual? Absolutely not – hell, there are animations and full-scale musical productions about the thing, and Harkins and Olen’s project is just the most recent evidence that this story has a very specific, highly ironic staying power.

This should never have happened. END_OF_DOCUMENT_TOKEN_TO_BE_REPLACED

I spend far too much time on Twitter. Here’s a handful of posts from last year that I found to be entertaining on one level or another. Enjoy. END_OF_DOCUMENT_TOKEN_TO_BE_REPLACED

Apologies in advance for burying this in your skull forever. END_OF_DOCUMENT_TOKEN_TO_BE_REPLACED

If you like cover songs, you’re gonna love this. And by love, we mean probably hate. END_OF_DOCUMENT_TOKEN_TO_BE_REPLACED

Whether you celebrate the unofficial beginning of summer on Memorial Day weekend, or Meteorological Summer on June 1, or the Summer Solstice, make no mistake: summer is here. END_OF_DOCUMENT_TOKEN_TO_BE_REPLACED

The nu-metal mainstays have covered the unlikeliest of songs. END_OF_DOCUMENT_TOKEN_TO_BE_REPLACED

Ladies and gentlemen, from the far-reaches of the internet, I present to you…La Boing Boing Rock Band. END_OF_DOCUMENT_TOKEN_TO_BE_REPLACED