The Taylor Swift vs. Nicki Minaj “feud” is derailing a conversation about race

Two successful female artists got into what looked like an online feud July 21 in the wake of tweets posted by rapper Nicki Minaj, who criticized the nominations for the 2015 MTV Video Music Awards. When pop artist Taylor Swift replied to Minaj directly, the Internet whipped into a frenzy about which woman was “right” and completely disregarded Minaj’s original point.

After Minaj failed to receive a nomination in the Video of the Year category at this year’s VMAs, she took to Twitter to air out her frustrations.

Hey guys @MTV thank you for my nominations. 😘😘😘 Did Feeling Myself miss the deadline or…?

Minaj’s tweets lamented the fact that, despite the impact that her recent music videos have had on popular culture, none of them were formally recognized by MTV. “Feeling Myself,” the much-viewed collaboration between her and Beyoncé (who was nominated for VOTY for “7/11”), was not nominated. Neither was “Anaconda,” which has nearly a half a billion views on YouTube to date and sparked a worldwide trend of parodies and references:

In her tweets, Minaj implied that women who don’t fit the tall, skinny archetype are either looked down upon or ignored regularly in awards shows such as this one.

If I was a different "kind" of artist, Anaconda would be nominated for best choreo and vid of the year as well. 😊😊😊

Minaj posted this tweet addressing the fact that popular culture glorifies one type of body:

If your video celebrates women with very slim bodies, you will be nominated for vid of the year 😊😊😊😊😊😊😊😊😊😊😊😊😊

But there was one artist who took it personally.

Taylor Swift called Minaj out on the comment, implying that Minaj’s tweet was directed at her and, specifically, her VOTY nomination.

Swift’s belief that Minaj was subtweeting her was based purely on speculation. Granted, it was a logical assumption to make–Minaj said that “when the ‘other’ girls drop a video” it gets a nomination, and again, the only other woman in the VOTY category is Minaj’s fellow black female artist Beyoncé (whose nomination brings attention to the holes in Minaj’s argument, which states that only “slim” women are given these kinds of awards—Beyoncé has herself been celebrated for her curves). Plus, Swift’s “Bad Blood” video, which is up for the award, stars an army of quintessentially “slim” women. So it’s reasonable to guess that if Minaj’s comment was a direct jab at another musician, it could be Swift.

But it’s not clear that she was specifically criticizing one person. And, perhaps more importantly, Swift’s comments led to an online debate that pushed Minaj’s initial criticisms of MTV under the rug.

People’s reactions to the situation paint this supposed “drama” like a reality TV show and fail to reflect on the points made in Minaj’s original tweets.

Whose side are you on in the Taylor Swift/Nicki Minaj Twitter feud? We're breaking it down on #LiveFromE at 9:30 PT!

Hoards of media outlets and online critics are focusing their arguments on whether or not Minaj was right to tweet something that might be about Swift (though Minaj says it definitely isn’t) and if Swift needed to reply. And somehow feminism has been thrown in here as an explanation for Swift’s comment. And absolutely nothing is getting accomplished.

When we spend time worrying about which woman is “right,” we waste energy that should be spent thinking about and addressing Minaj’s initial comments.

I'm not always confident. Just tired. Black women influence pop culture so much but are rarely rewarded for it. https://t.co/2xOvJzBXJX

If you take away the timing of Minaj’s tweets and view them as a critique of the music industry as a whole, there’s no denying that her argument is on point. Awards shows’ historical refusal to acknowledge artists of color is a reflection of the race problems and misogyny that women of color often face in Hollywood.

It’s simply deemed more socially acceptable for thinner models to bare all, rather than curvier women.

And, apparently, Minaj can’t discuss this without her comments being blown out of proportion and without she herself being classified as angry. 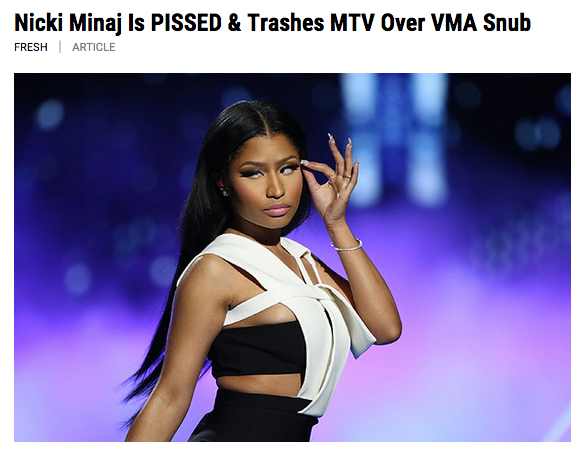 To the same extent that Minaj has been bashed as an irrational bully, many social media users and publications have heralded her as a do-no-wrong voice of reason.

These portrayals of Minaj are polarizing and alienating and do not help her comments about race get through to those who might need to hear them.

Focusing on her argument with another woman and who was right disregards a potential opportunity for a much-needed discussion. And it allows the public to continue to focus their energies on things that don’t matter.

This whole situation proves that people want to read about two women going at it more than they want to discuss the music industry’s ongoing problems with race.

I'm so glad u guys get to see how this stuff works. Taylor took her music off spotify and was applauded. We launched Tidal & were dragged.

Focus needs to be redirected to the points that Minaj initially made. Why are women of color disproportionately over-sexualized, criticized, and refused artistic acknowledgment?

Even Taylor Swift got it in the end. She recently posted the tweet below, acknowledging that she “missed the point” of Minaj’s complaints. Hopefully the public realizes they’ve done the same.

I thought I was being called out. I missed the point, I misunderstood, then misspoke. I'm sorry, Nicki. @NICKIMINAJ

Don’t talk about whether or not this is a celebrity catfight. Talk about the long-standing issues that Nicki Minaj initially tried to discuss. 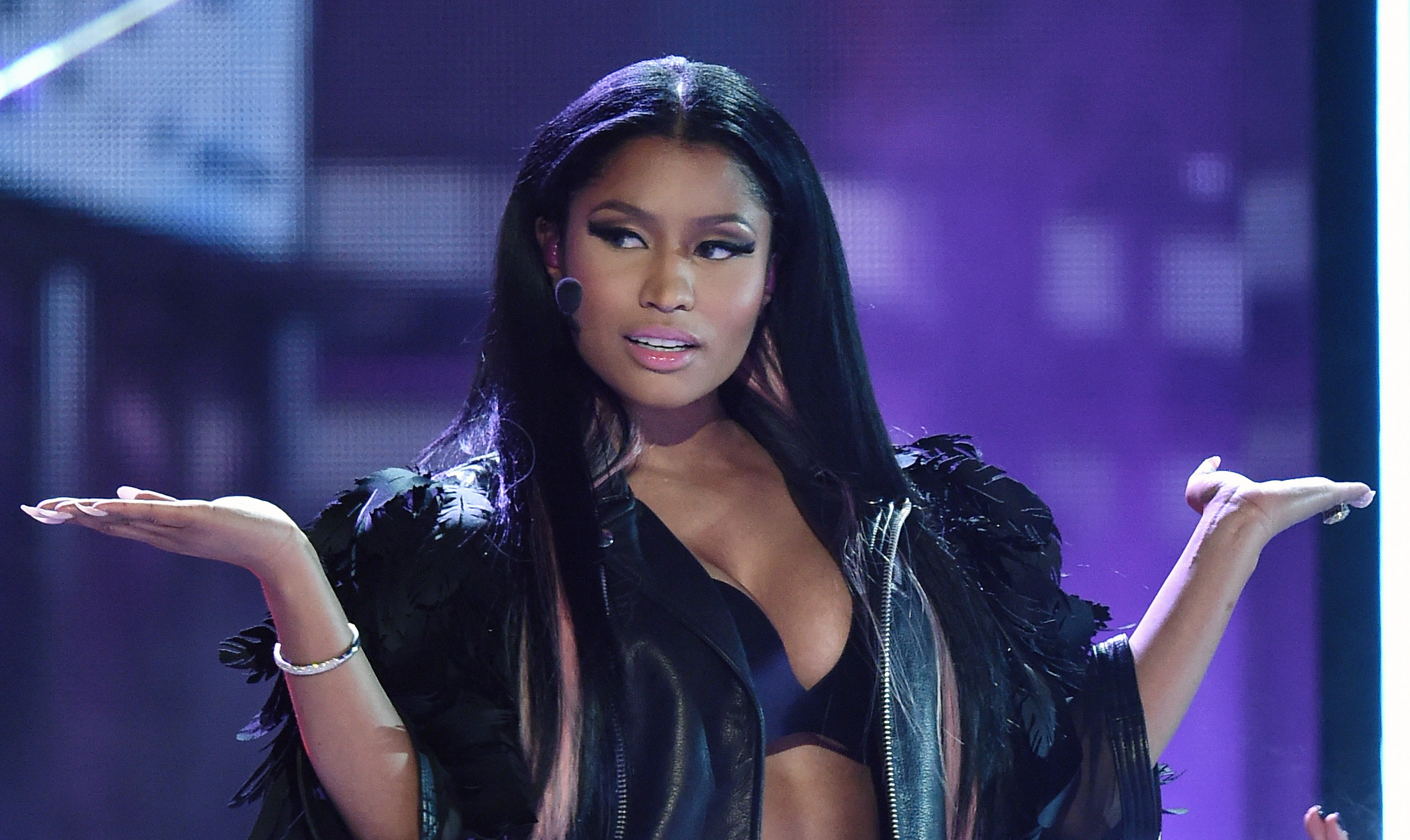