The Supreme Court Is Going After the Wrong Buffer Zones 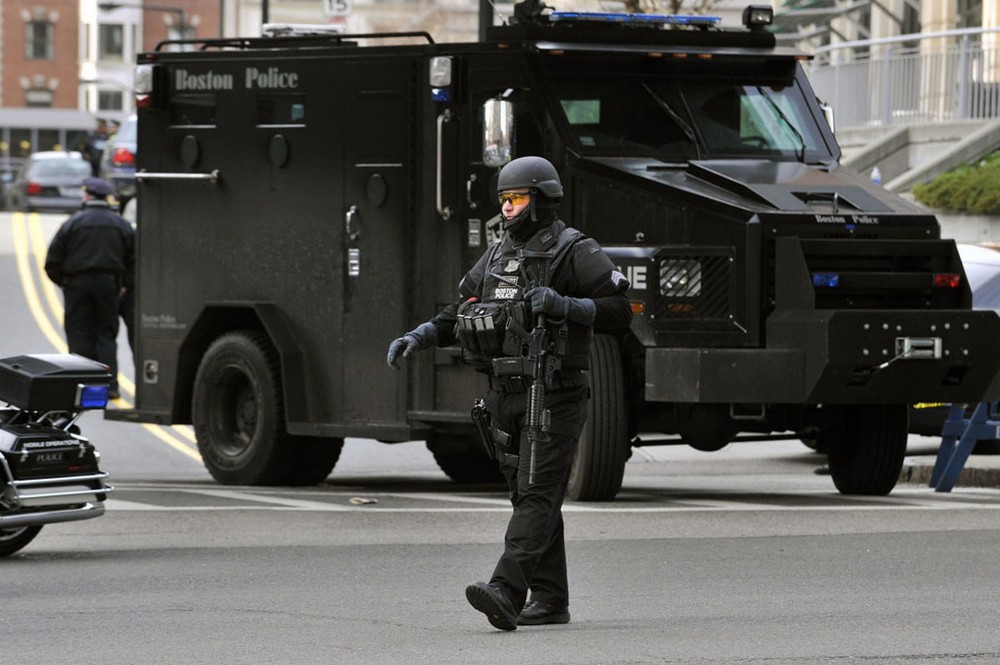 A lawsuit put forth by the Massachusetts chapter of the American Civil Liberties Union (ACLU) alleges that the North Eastern Massachusetts Law Enforcement Council (NEMLEC), a group of 58 police and sheriff departments in the state, is boasting its status as a “private, non-profit organization, wholly exempt from public records laws.”

Specifically, the ACLU claims it was denied records regarding Special Weapons and Tactics (SWAT) practices, which are overseen by the NEMLEC.

The council, notes the ACLU, receives government grants and taxpayer money in order to operate as it does, with armored vehicles and automatic weapons. The Washington Post put succinctly what this all means to the people funding the council: “The state’s residents aren’t permitted to know how often the SWAT teams are used, what they’re used for, what sort of training they get or who they’re primarily used against.”

In effect, to draw a parallel to another highly controversial bit of news stirring outrage this week, the NEMLEC—if the suit is to be determined legitimate—has a sturdier buffer zone shielding itself from public examination and criticism than do private citizens seeking care at abortion clinics.

On Thursday, the Boston Globe reported the U.S. Supreme Court “unanimously struck down a Massachusetts law that banned protesters within 35 feet of abortion clinics, ruling that the law infringed upon the First Amendment rights of antiabortion activists.”

Without diving headlong into that debate, it’s very much worth asking how on earth a publicly funded law enforcement agency armed to the teeth with things that could blow your face clean off your body could possibly have more hypothetical guards at the doors of its headquarters than a Planned Parenthood facility.

The disconcerting nature of that reality is that it both legitimizes the wrong questions and discredits the right ones.

For instance, the Court’s decision makes it okay to harangue a woman during what is very likely an indelibly private and difficult moment. Holding up gruesome signs, screaming, “how dare you?!”—that’s all well and good. Conversely, on the other side of the equation, “get lost” is apparently an appropriate answer to the question, “hey, what are you going to do with that bazooka-tank-launcher?”

None of this is to say the court was right or wrong in its abortion clinic ruling but rather to point out that there very well may be another buffer zone in the Bay State worthy of a more focused discussion and perhaps its own destruction.

While many have called out Davis since a video of her refusing to issue a marriage license to Rowan County residents David Moore and David Ermold went viral in July, relationship columnist and gay activist Dan Savage went a step further on MSNBC Tuesday night, saying that “this is about someone hypocritcally looking to cash in”. He added: “And she is a hypocrite.” END_OF_DOCUMENT_TOKEN_TO_BE_REPLACED

END_OF_DOCUMENT_TOKEN_TO_BE_REPLACED

Supreme Court Justice Ruth Bader Ginsburg probably already has plans for Passover, but you can bring a little of your favorite female politician to the table this year with a new piece she wrote for the American Jewish World Service. Hey, that’s more RBG than you were betting on, right? END_OF_DOCUMENT_TOKEN_TO_BE_REPLACED

Beloved Bostonian Ben Affleck was on television today, but not on the usual channels — he was testifying at a Senate hearing on C-SPAN regarding foreign aid and international diplomacy. But before discussing this serious topic, he managed to drop a bit of a spoiler for the upcoming Batman film while giving a shoutout to a longtime New England senator. END_OF_DOCUMENT_TOKEN_TO_BE_REPLACED

It has been a busy week for Republican Senator Ted Cruz, most notably for throwing his hat in for the 2016 Presidential race. As is expected, the scrutiny began almost immediately, with many people quick to point out Cruz’s website snafu among other things. One odd tidbit that has come to light, however, is Cruz’s taste in music, and how it changed after September 11, 2001.  END_OF_DOCUMENT_TOKEN_TO_BE_REPLACED

Readers interested in Cruz’s run can visit his official campaign website at tedcruz.org — not tedcruz.com, dot org. That’s because someone else owns Tedcruz.com, and has been using it to voice support for President Barack Obama. END_OF_DOCUMENT_TOKEN_TO_BE_REPLACED