The Secret Word is ‘Netflix’: Pee-wee Herman to Star in New Film 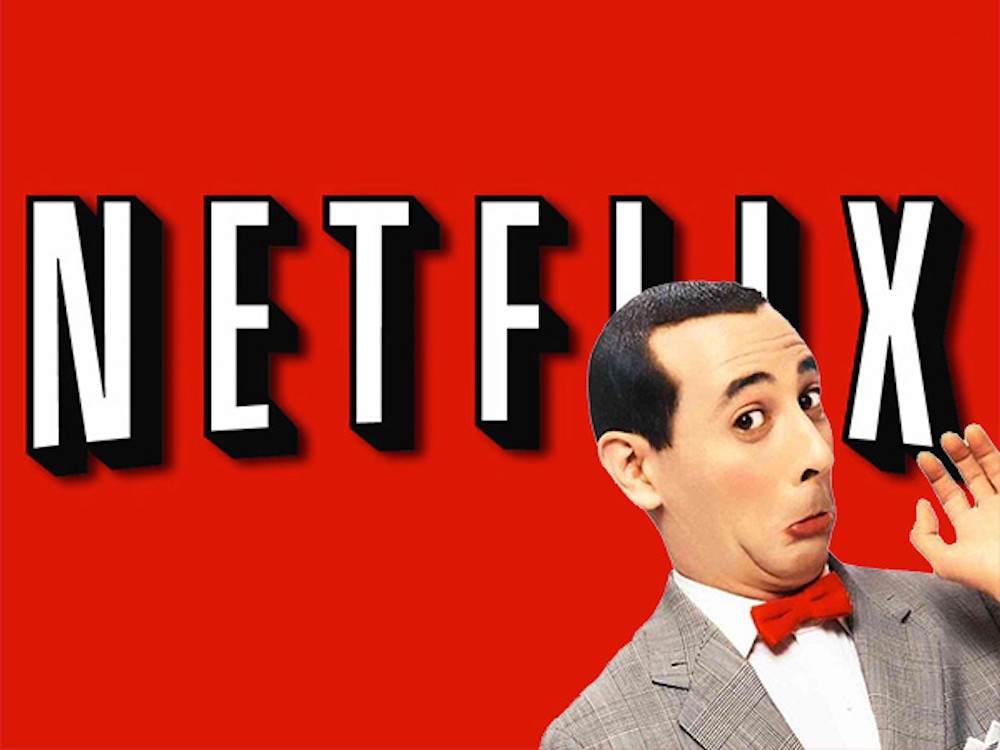 Fans of Paul Reubens and Pee-wee Herman, feel free to scream – the secret word is “Netflix,” and there’s plenty of reason to say it. Reubens, along with producer Judd Apatow and writer Paul Rust (Comedy Bang! Bang! and Arrested Development) have signed on to produce Pee-wee’s Big Holiday, a feature film that will begin production next month and premiere exclusively on Netflix (AHHHHH!).

Reubens, the famed creator and performer of Pee-wee, shared the press release for the project on his website yesterday with no shortage of enthusiasm. This will mark Pee-wee’s first foray into feature films since The Pee-wee Show on Broadway, which was aired on HBO in 2011 based on a production Reubens had produced for the character.

“Judd and I dreamt up this movie four years ago,” Pee-wee said in the statement. “The world was much different back then— Netflix [AHHHHH!] was waiting by the mailbox for red envelopes to arrive. I’ve changed all that. The future is here. Get used to it. Bowtie is the new black.”

First-time feature director John Lee, who previously worked on shows like Inside Amy Shumer and Broad City, will be at the helm of the project. While this may seem like a risky move, Reubens is no stranger to working with first-time directors – Pee-wee’s Big Adventure was Tim Burton’s directorial debut back in 1985, and word on the street is he turned out to be pretty successful.

“As a fan of Pee-wee Herman since he first appeared on The Dating Game, I am thrilled to have the opportunity to work with the brilliant Paul Reubens on this film. It is a dream come true,” he gushed in the press statement.

Apatow is also working with co-writer Paul Rust on a Netflix (AHHHHHH!) series called Love, which will star Rust and his wife-to-be Leslie Arfin.

Pee Wee has been a part of American culture for over thirty years now, originating on the stages of LA improv troupe The Groundlings, graduating to a series of successful stage runs in LA, and ultimately getting picked up for 1981 HBO special The Pee-wee Herman Show. While the character is most famously remembered for childrens’ series Pee-wee’s Playhouse, which ran from 1986 to 1990 and scooped up an impressive 22 Emmy wins, Reuben has also starred in the 1985 feature Pee-wee’s Big Adventure and 1988’s Big Top Pee-wee.

In celebration, here’s one of our (and anyone with half a brain’s) favorite Pee-wee moments: the breakfast machine from Pee Wee’s Big Adventure.

Who else is excited for new Pee-wee? I know you are, but what am I?

A decade of Wreck The Halls. END_OF_DOCUMENT_TOKEN_TO_BE_REPLACED

Golden Globe and Emmy nominee Benjamin Wallfisch is the composer responsible for the score of the hit movie IT. I talked to Ben about his approach to scoring the new version of this iconic story and his thoughts on film and music overall. Some very insightful commentary; listen in. END_OF_DOCUMENT_TOKEN_TO_BE_REPLACED

Rupert Gregson-Williams is an award-winning film composer. He just so happened to compose the score for this summer’s big blockbuster Wonder Woman. We talked about his beginnings in film scoring, film scores that move and inspire him and, of course, Wonder Woman. END_OF_DOCUMENT_TOKEN_TO_BE_REPLACED

Jeff Rapsis is a New England-based composer and performer. Lately, he’s been creating live musical scores for silent film screenings. I talked to him about his process and a few of his upcoming performances at The Capitol Theatre in Arlington and the Somerville Theatre. You can keep track of where else Jeff is scoring silent films here. END_OF_DOCUMENT_TOKEN_TO_BE_REPLACED

Leah Wellbaum from Slothrust brought her trusty six-string to Studio B and turned in the first RadioBDC Session of 2017. Check out her three songs and her chat with Julie Kramer, recorded live on February 28, 2017. END_OF_DOCUMENT_TOKEN_TO_BE_REPLACED