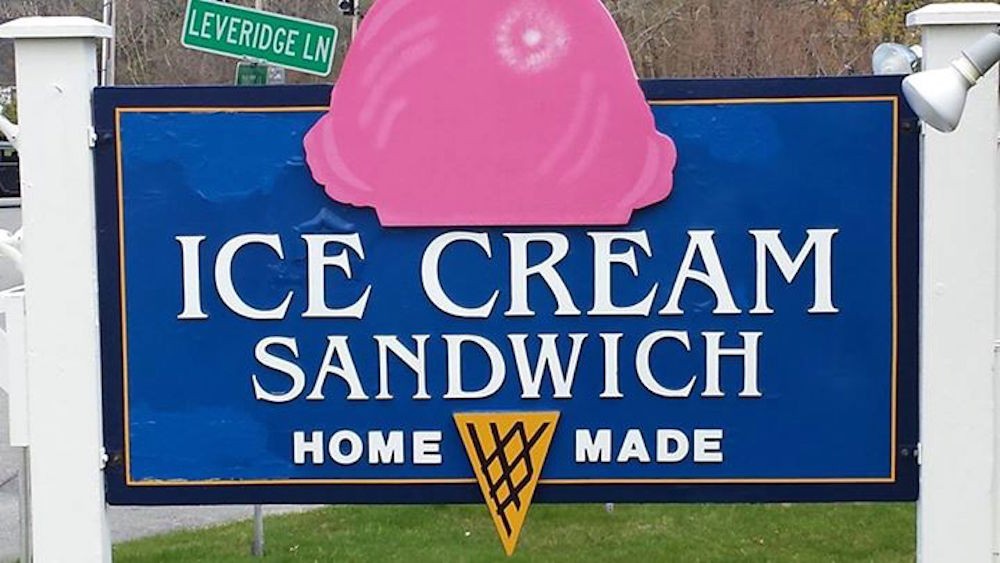 When travel website Atlas Obscura released a crowdsourced map of some of the punniest business names in America, it came as no surprise that many of the included establishments were located in Massachusetts. Many of them. As in: over 100. Just another one of the state’s numerous accomplishments.

But Atlas Obscura’s list of punny business names in Massachusetts only scratched the surface of the comedic gold that can be seen on storefront signs across the state.

It definitely included a ton winners. (Shoutout to Wreck-A-Mended AutoBody and Edifice Wrecks demolition.) But some real gems were overlooked due to the crowdsourcing nature of the project, and it just doesn’t seem fair to leave them out.

With that in mind, behold: Here are some of the punniest business names in the area that didn’t make the Obscura cut.

It’s an ice cream parlor in Sandwich called Ice Cream Sandwich. There’s something to be said for simplicity, right?

This is probably the first and last time that optometry was funny.

Based on their window, they offer more than ice cream. But we’re guessing they only had ice cream in mind when they dubbed themselves “Udderly Divine.”

No, it’s not an after-hours furniture moving service. It’s one of the many board game cafés that are cropping up across the country. But do any of its competitors have a comparably clever name? Because, honestly, that’s part of the appeal.

Hopefully, based on the name, this particular pet groomer invites you to come into their business and watch small furry animals get hosed down. Because that would be a valuable service. You can wash your own cat.

Who knew that a place this deep in the South Shore would be capable of Somerville-level irony?

More a paradox than a pun, really. But the effort is there.

Any of your favorite punny business names get left out? Let us know!