The Patriots have this weekend off. Why you should still watch 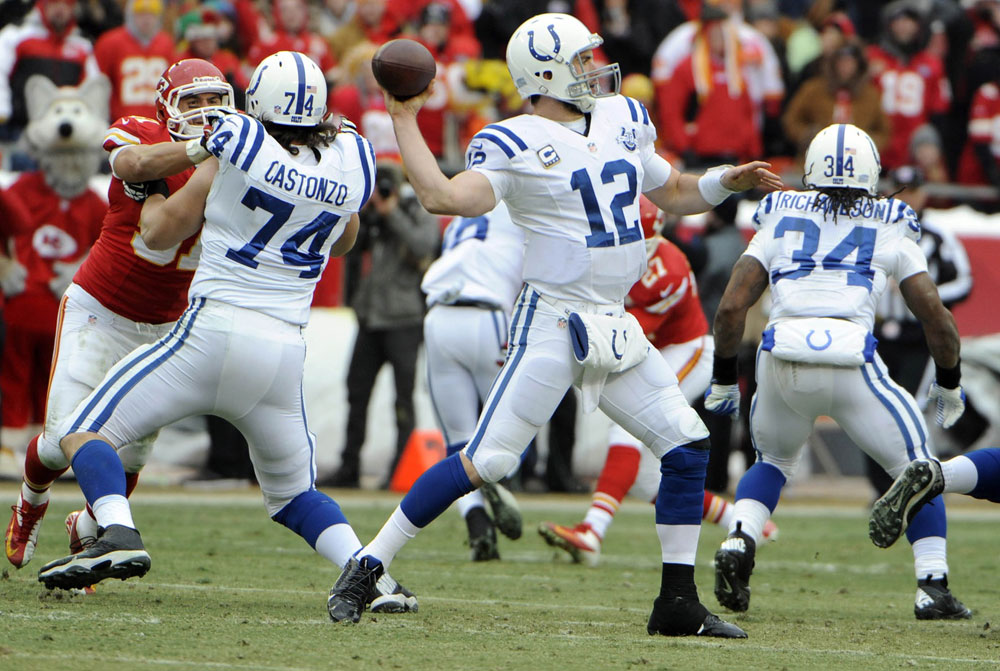 The New England Patriots secured a first round bye in the NFL playoffs, but just because the team gets to take a week off from football doesn’t mean we should. Here are some reasons why New Englanders should grab some friends, brews, and pizza and spend all weekend tuned into football.

The Pats have a primetime matchup set for Jan. 11 when the team will play the highest seed remaining between the Chiefs, Colts, and Bengals. Kansas City and Indy will play each other Saturday so don’t make any plans around 4:30 p.m.

After many seasons of mediocrity with former Patriot Matt Cassel at quarterback, the Chiefs are a legit team again with replacement Alex Smith and head coach Andy Reid. Patriots fans will remember Reid from Super Bowl 39 where New England took down Reid’s Eagles 24-21.

The Colts would probably be the most fun to see face off against New England, but it’s certainly less fun with Peyton Manning gone. Indy would also be the easiest for the Patriots to knock off. The team punched its ticket to the dance by beating up on the Titans, Jaguars, and Texans in the AFC South while sprinkling in other victories here and there.

Cincinnati would pose a bit more of a challenge for the Patriots. Quarterback Andy Dalton and A.J. Green know how to connect in the end zone. I mean, they’ve done it 11 times already this season. The Bengals also boast the NFL’s third-best defense and have won five of the last six games. Cincy would be the scariest for the Pats to face in the divisional round.

http://www.nfl.com/videos/nfl-network-gameday/0ap2000000306493/Can-the-Eagles-produce-in-the-postseason
The Super Bowl is less than a month away. Think about that. We only have four more weekends with NFL football to watch. Well, unless you count the Pro Bowl and if you’re one of those people who do, what’s wrong with you? Sure, the 49ers and Packers showdown doesn’t have any effect on the Patriots’ playoff situation, but that still sounds like an awesome game. If you’ve got the time to watch some NFC Wild Card games, there’s no reason not to throw them on. And if you don’t have time for them, well, make some time. With two days packed with football this weekend, it would be un-American to miss any of it.

We’ve all been in that water cooler situation at work where everyone but you is in on the conversation about that crazy episode of “Breaking Bad” or that double OT buzzer-beater NBA game you fell asleep trying to watch. Don’t be that guy or gal when it comes to the NFL playoffs this season. Don’t be the one person at work or the bar who can’t talk about where they were when Drew Brees completed that 70-yard touchdown pass to Jimmy Graham. There’s no shittier feeling than being the one left out, so make sure that isn’t you come Monday. Just watch some football.
http://www.nfl.com/videos/cincinnati-bengals/0ap2000000272067/Top-10-plays-of-the-midseason