The Oscar Red Carpet Questions That We Hope Someone Asks 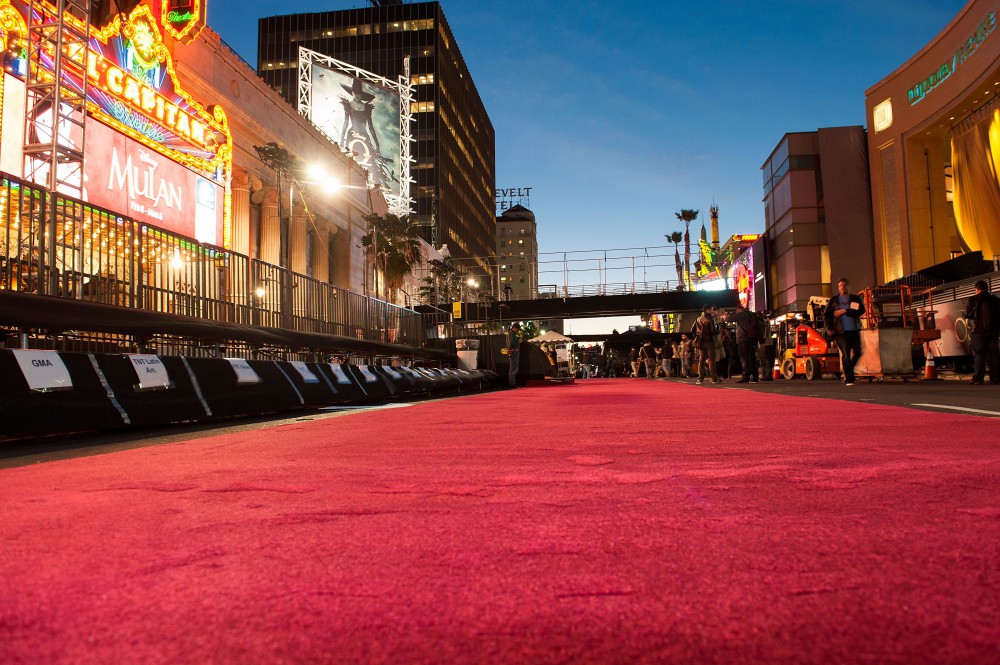 Every year, Oscar red carpet interviews center around hard-hitting questions like “what are you wearing” (a dress) “who are you wearing?” (a designer most people have never heard of) or “how long did it take you to get ready?” (seriously, why does it matter?).

– Felicity Jones, if you could have any of your fellow nominees write an acceptance speech for you, who would you least want to do it?

– Clint Eastwood, how many pairs of spanx are you wearing?

– Patricia Arquette, the scene in which you send Mason off to college made me cry. When’s the last time in your personal life that you cried, and why?

– Steve Carell, at least three other Oscars have been awarded to actors/actresses who wore prosthetic noses. Can you tell us what it was like to sneeze?

– Robert Duval, would you consider The Judge to be your big break?

– Julianne Moore, would you rather trade careers with– Julianne Hough or Mandy Moore?

– Reese Witherspoon, tell us what you’re wearing tonight? No sorry, I meant deodorant.

– Ethan Hawke, what is your greatest regret in life?

– Emma Stone, a clip of your audition for In Search of the Partridge Family recently surfaced. If you were to re-audition now, what song would you sing? Additionally, would you say you’re more of a child or a mother?

– Benedict Cumberbatch, congrats on your recent marriage to the very talented Sophie Hunter! Now, if she decides to leave you, would you say she’ll be uninCUMBered? – Bradley Cooper, you said in an interview with CBS that you take the subway to work. What are your thoughts on Baker’s symbolic T ride?

– Richard Linklater, would you say your pre-show ritual gravitates more toward the ancient Egyptian or ancient Japanese traditions?

– J.K. Simmons, are you aware that when you laugh, you’re J.K. LOLing?

– Meryl Streep, was it difficult to find a backup date after Vanilla Ice’s arrest?

– Edward Norton, be honest, Iñárritu is kind of a jerk, isn’t he?

Golden Globe and Emmy nominee Benjamin Wallfisch is the composer responsible for the score of the hit movie IT. I talked to Ben about his approach to scoring the new version of this iconic story and his thoughts on film and music overall. Some very insightful commentary; listen in. END_OF_DOCUMENT_TOKEN_TO_BE_REPLACED

Rupert Gregson-Williams is an award-winning film composer. He just so happened to compose the score for this summer’s big blockbuster Wonder Woman. We talked about his beginnings in film scoring, film scores that move and inspire him and, of course, Wonder Woman. END_OF_DOCUMENT_TOKEN_TO_BE_REPLACED

Jeff Rapsis is a New England-based composer and performer. Lately, he’s been creating live musical scores for silent film screenings. I talked to him about his process and a few of his upcoming performances at The Capitol Theatre in Arlington and the Somerville Theatre. You can keep track of where else Jeff is scoring silent films here. END_OF_DOCUMENT_TOKEN_TO_BE_REPLACED

Planning on seeing Rogue One: A Star Wars Story when it opens this weekend? I joined Adam 12 to give you an idea of what to expect. But don’t worry, I didn’t give anything away. END_OF_DOCUMENT_TOKEN_TO_BE_REPLACED

No, not from afar, from the comfort of her couch. From the actual awards themselves. That’s where Meredith Goldstein was for the Oscars. She shared all the juicy, first-hand details with me. END_OF_DOCUMENT_TOKEN_TO_BE_REPLACED

To celebrate the opening of ‘The Force Awakens,’ I had some very special guests in studio to start the Thursday, December 17 edition of The Brink. Listen. END_OF_DOCUMENT_TOKEN_TO_BE_REPLACED

Watching the new Star Wars trailer a million times gave us all sorts of feels. And one of those feels was nostalgia. END_OF_DOCUMENT_TOKEN_TO_BE_REPLACED

END_OF_DOCUMENT_TOKEN_TO_BE_REPLACED

If you’ve finally finished crying over Inside Out — or Lava, the short that ran before it — Pixar is readying another assault on your tear ducts with The Good Dinosaur, if its newly released trailer is any indication. END_OF_DOCUMENT_TOKEN_TO_BE_REPLACED