The Newest Gritty Reboot of a Comic Book Hero is… Archie? 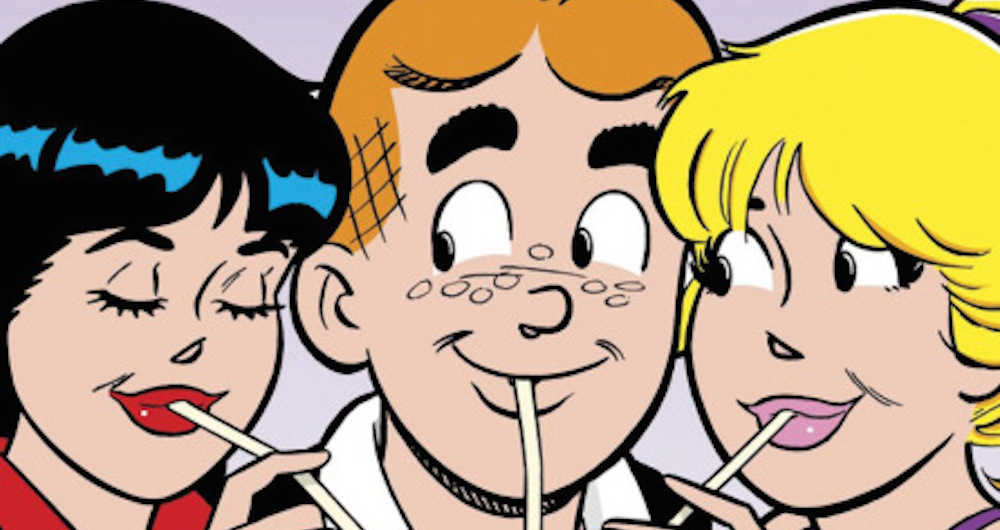 Archie, Veronica, Jughead and the gang are back — but things are going from swell to subversive.

That’s the rap on “Riverdale,” Fox’s proposed one-hour drama following the wholesome heroes of Archie Comics as they navigate a Riverdale much different than the 1950s one represented in the comics. From a press release:

“Riverdale” offers a bold, subversive take on Archie, Betty, Veronica, and their friends, exploring the surrealistic twists of small-town life plus the darkness and weirdness bubbling beneath Riverdale’s wholesome facade. Set in the present in the small fictional town of Riverdale, New York. The show will focus on the eternal love triangle of Archie Andrews, girl-next-door Betty Cooper, and rich socialite Veronica Lodge, and will include the entire cast of characters from the comic books—including Archie’s rival, Reggie Mantle, and his slacker best friend, Jughead Jones. Popular gay character Kevin Keller will also play a pivotal role. In addition to the core cast, “Riverdale” will introduce other characters from Archie Comics’ expansive library, including Josie and the Pussycats.

I’m gonna go out on a limb here and say that “Riverdale”  sounds surprisingly promising. Producer Greg Berlanti has experience producing TV shows about superheroes (“Arrow,” “The Flash) and teen dramas (“Dawson’s Creek”). If this somehow turns into two parts “Glee,” a dash of “Veronica Mars” and a heaping spoonful of “Glee,” this just might work. Or maybe it’ll be terrible and we’ll all be laughing at gifs of Jughead blowing lines at a trendy Williamsburg warehouse party.

Always a pleasure to have Boston.com’s Perry Eaton in studio for a chat. After we talked a bit about Pearl Jam at Fenway and Perry’s new podcast, he filled us in on Game of Thrones live and Narragansett’s new Bananagrams-themed brew. END_OF_DOCUMENT_TOKEN_TO_BE_REPLACED

No, not from afar, from the comfort of her couch. From the actual awards themselves. That’s where Meredith Goldstein was for the Oscars. She shared all the juicy, first-hand details with me. END_OF_DOCUMENT_TOKEN_TO_BE_REPLACED

It was wonderful having our good friend Meredith Goldstein back in studio this morning. She dug into the latest edition of Love Letters, which prompted us to play this song. And of course we had to discuss the Oscars. Make sure you’re following Meredith on Twitter, as she’ll be live-tweeting the awards this Sunday night. END_OF_DOCUMENT_TOKEN_TO_BE_REPLACED

Our first edition of TV Sets for 2016 might be better than every edition from 2015. END_OF_DOCUMENT_TOKEN_TO_BE_REPLACED