The New ‘Peanuts’ Movie Trailer Is Out: Here’s 5 Things You Need to Know

In case you weren’t aware, there is a new, computer-animated, 3D “Peanuts” movie coming to theaters next November, and we now have the first significant look at the film, thanks to a trailer “leaked” 10 days early by “Snoopy” on Twitter.

I put those words in quotes because of course an animated dog can’t run a Twitter, and “leaking” the movie is just part of the film’s marketing hype. But all that matters is what’s in the trailer, namely Snoopy, Woodstock, Linus, Lucy, Charlie Brown, and the rest of the “Peanuts” gang. Here are 5 things you need to know about the film itself. 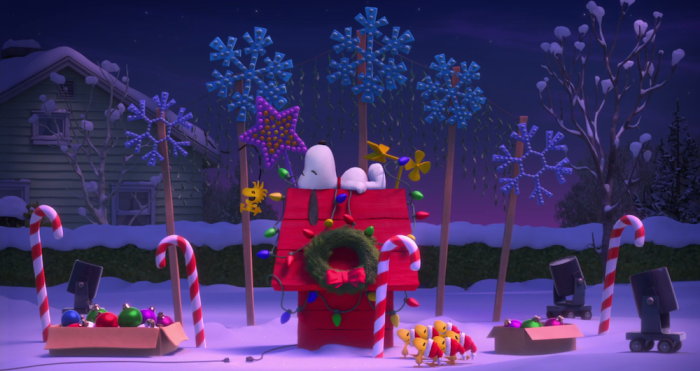 1. It’s Computer Animated, and will be in 3D

In an effort to modernize the Peanuts aesthetic, the film will be computer animated and in 3D, but will retain the hand-drawn look of the classic cartoon thanks to careful rendering by Blue Sky Animation, who also handled the hand-drawn to computer transition for 2008’s Dr. Seuss adaptation “Horton Hears a Who.”

2. There will be pop music

Though the trailer opens with the classic Peanuts theme by compose Vince Guaraldi, the tunes quickly transition to a pop song as Snoopy’s alter-ego the Red Baron flies his doghouse/fighter plane perilously close to the Eiffel Tower. This might be the most distressing part of the trailer for classical music enthusiasts, but hopefully it will be done right. 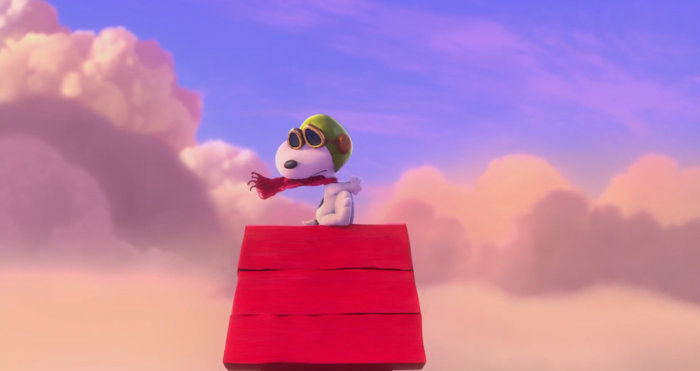 In the final shot of the trailer, the title screen mentions the film is “by Schulz.” This doesn’t mean that the strip’s creator Charles “Sparky” Schulz had anything to do with the film, but his son Craig and grandson Bryan are producers. And in case you were worried that Sparky’s lack of involvement means the new film will be a modernized monstrosity…

4. There will be no twerking

In an interview with USA Today, “Peanuts” producer Paul Feig assured readers “Peanuts” would concentrate on what made the comic strip and its associated cartoon shorts timeless.

“I don’t think his butt’s big enough,” Feig says with a laugh.

So you have over a year to worry about whether the new film will live up to the lofty expectations set by “A Charlie Brown Christmas” or “It’s the Great Pumpkin, Charlie Brown.” In the meantime, let’s just be happy for something with Snoopy in it that isn’t a MetLife commercial. 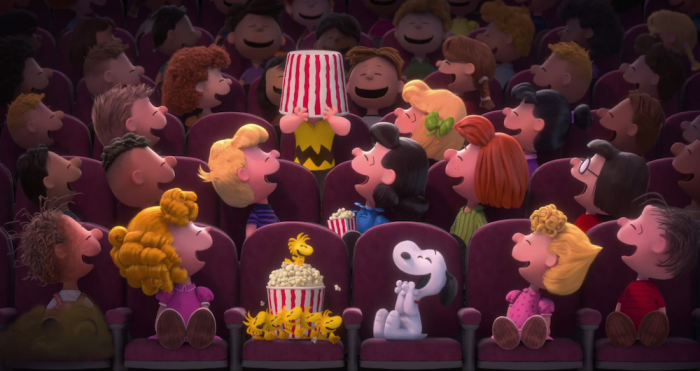 Golden Globe and Emmy nominee Benjamin Wallfisch is the composer responsible for the score of the hit movie IT. I talked to Ben about his approach to scoring the new version of this iconic story and his thoughts on film and music overall. Some very insightful commentary; listen in. END_OF_DOCUMENT_TOKEN_TO_BE_REPLACED

Rupert Gregson-Williams is an award-winning film composer. He just so happened to compose the score for this summer’s big blockbuster Wonder Woman. We talked about his beginnings in film scoring, film scores that move and inspire him and, of course, Wonder Woman. END_OF_DOCUMENT_TOKEN_TO_BE_REPLACED

Jeff Rapsis is a New England-based composer and performer. Lately, he’s been creating live musical scores for silent film screenings. I talked to him about his process and a few of his upcoming performances at The Capitol Theatre in Arlington and the Somerville Theatre. You can keep track of where else Jeff is scoring silent films here. END_OF_DOCUMENT_TOKEN_TO_BE_REPLACED

Planning on seeing Rogue One: A Star Wars Story when it opens this weekend? I joined Adam 12 to give you an idea of what to expect. But don’t worry, I didn’t give anything away. END_OF_DOCUMENT_TOKEN_TO_BE_REPLACED

No, not from afar, from the comfort of her couch. From the actual awards themselves. That’s where Meredith Goldstein was for the Oscars. She shared all the juicy, first-hand details with me. END_OF_DOCUMENT_TOKEN_TO_BE_REPLACED

To celebrate the opening of ‘The Force Awakens,’ I had some very special guests in studio to start the Thursday, December 17 edition of The Brink. Listen. END_OF_DOCUMENT_TOKEN_TO_BE_REPLACED

Watching the new Star Wars trailer a million times gave us all sorts of feels. And one of those feels was nostalgia. END_OF_DOCUMENT_TOKEN_TO_BE_REPLACED

Kevin Slane was in 6th grade in the year 2000. I was starting my radio career in the year 2000, peddling the sounds of Limp Bizkit and the like. So we decided to try and stump one another with some alt-rock sounds from that year. Listen in and feel free to play along. END_OF_DOCUMENT_TOKEN_TO_BE_REPLACED