The New England Winter Survival Guide: Strategy One – Make & Do 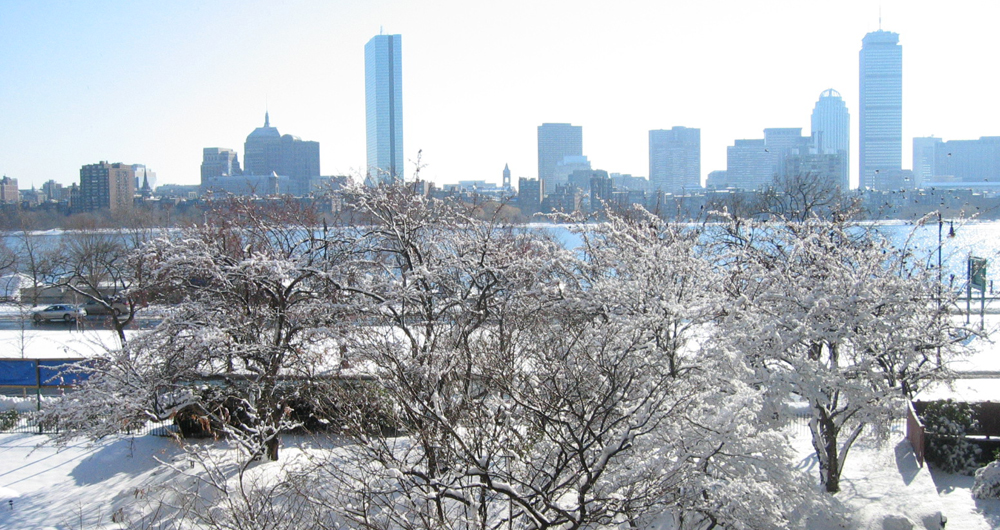 It gets dark early, and harder every day to get out of bed. Once you make it out the door, you’re wide awake (due to the subzero temperatures,) but beneath your many layers of clothing, your heart is shriveled with a sense that your very survival is at stake. And it’s not even technically winter yet. Take it from a native New Englander: it’s going to get a lot worse.

The good news is that for generations now New Englanders have been braving this weather with far less high tech down clothing and snow plow machinery than is currently on the market, and though the statistics vary with the century, they have overwhelmingly survived.

This monthly column will offer a few tried and true strategies for making sure that your psyche survives the Winter of 2014-15 with as much intactness as your cyber-material-clad body does.

One of the best things you can do to get yourself set up for winter is commit to a project. It’s a hard thing to do in any weather if you’re the only one holding yourself accountable, so choose a project with built in peer pressure to up the nag factor if you need this. If you don’t need this—if you’re “a self starter” as they say, or a loner (as some of the best of us are)—Winter is the perfect time for retreat into something that would seem indulgent in warmer weather. Like your subconscious.

Though you probably don’t want to go so deep into your inner darkness that you lose the ability to grocery shop, if you have musical tendencies (or even fantasies,) winter is great time to brood about everything that went wrong during the rest of the year with a guitar in your hands. Take it from Justin Vernon, who locked himself in a cabin in Wisconsin with a guitar for the Winter of 2006 and poured his heart out, emerging as (the Grammy-winning act) Bon Iver, and declaring it (in Pitchfork, May 27, 2008) “…the most cathartic experience of my entire life.”

Mona Elliott, a formerly Boston-based musician crazy enough to move even farther North, has decided to start a musical winter project this year. She’s not going for catharsis—she’s just trying not to go stir crazy once the snow starts piling up in Vermont. The nature of the project is still a little bit in flux, but it involves working remotely with musicians and friends—an organically evolving, no-ego musical experiment. “I don’t want to be in a band right now—I don’t want to have the pressure of shows and touring and merch and vans—but I miss the input of other creative people.” “Now, with this project, I’ve connected with a group of musicians that I have never worked with—people from all over and from different times in my life.” And, she admits, though she finds Vermont very beautiful, “I am actually nervous about winter. It’s dark, dreary and cold here in the winter months… One of the things I need to do is to try to not isolate too much…. I think this project will help.”

Collaborating is one way to go. If you want to start doing something on your own, but not completely on your own, start a project with the support of an online-community-enhanced commitment structure. The best known of these is NaNoWriMo—National Novel Writing Month—a 16-year old annual writing challenge that gets hundreds of thousands of people to write 50,000 words of a novel between November 1 and November 30 every year. They get through the grind of it with emailed pep talks and opportunities to meet other local participants in person for occasional marathon writing sessions. 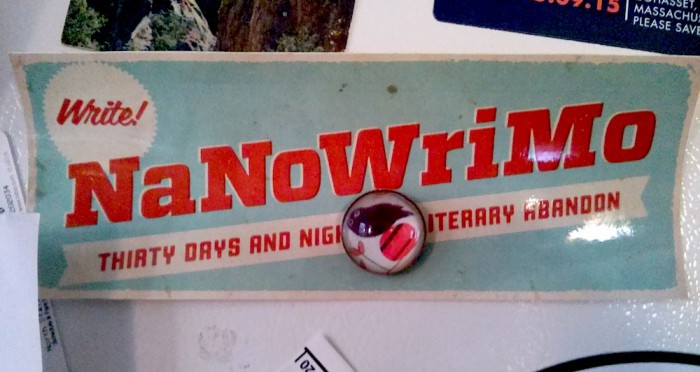 Colin Wilkins, Collection Developer at the Brookline Public Library, took the NaNoWriMo challenge in 2011, and doesn’t regret it. He’s a bit discrete when discussing the details of his not-yet-published novel (it’s about “a guy in his 30s, unlucky in love, who uses an unorthodox technology to create a meaningful relationship”) but very grateful for the NaNoWriMo infrastructure.

Colin had no intention of writing a novel, until a coworker participated in NaNoWriMo and put the annual event on his radar. When a wacky idea for a story popped into his head on the subway one day, he scribbled it down and forgot about it until the NaNoWriMo call opened up later that year. Then he dove into a month ruled by daily prompts, late nights trying to beat the word count clock, and the ultimate pleasure of doing something he never expected to do. “My brain needs rigid structures to accomplish things—clear measureable goals” he explains, so NaNoWriMo was perfect for him. He didn’t use all of the social tools available—mostly just the uber-satisfying (and/or really fucking scary) progress graphs. But would Colin have done NaNoWriMo if it was in June? “No. Part of the appeal was giving in to hibernation mode” he explains, “it was a solitary month, but it was cold and dark out anyway. I didn’t want to do anything else.”

If you’re more of a crafter than a wordsmith, there’s a similar (but less intensive) phenomenon for sewing—Workroom Social—where far-flung needlesmiths all work on the same sewing project for a set period of time, and even sometimes simultaneously. If you can’t sew without injury, but can hold a pen or brush, there are programs like this for visual artists too.

And if you’re not the creative type at all but still want a winter project to get you through the loss of daylight and warmth, here’s what I’m planning to do this year: take advantage of one of the many rock-bottom fitness deals and trials that pop-up around and after Thanksgiving. Even if you already have an exercise routine or belong to a gym, teaching your body something completely new and metabolism boosting right as it starts to get cold and miserable out can help head seasonal affective disorder off at the pass. At least that’s my theory. I’m going to test it out with a 30 days for 30 dollars yoga trial, a one week ass-kicking, or at least a day’s worth of experimentation with Brazilian Jiu Jitsu. If it helps me make it to next month…I’ll see you then.

Enter to win a pair of tickets to attend The Hess Collection Seminar and Dinner as part of Boston Wine Festival 2018 at the Boston Harbor Hotel on Wednesday, March 14th. END_OF_DOCUMENT_TOKEN_TO_BE_REPLACED

Boston band Funeral Advantage is Tyler Kershaw. And Tyler Kershaw had a fun childhood, so it seems. END_OF_DOCUMENT_TOKEN_TO_BE_REPLACED

Perry put me on to daephne and the album blew my mind. END_OF_DOCUMENT_TOKEN_TO_BE_REPLACED

END_OF_DOCUMENT_TOKEN_TO_BE_REPLACED

Today, that briefly changed, as the hashtag #TheWorstPartofDepressionIs trended worldwide on Twitter, sparking a conversation on an issue many find difficult to discuss. END_OF_DOCUMENT_TOKEN_TO_BE_REPLACED