The Most Dangerous Biking Spots in Boston

Boston is growing as a bike-friendly city, but for every protected bike lane, there’s a slurry of awkward and dangerous intersections that regularly endanger two-wheeled commuters. From Somerville to Harvard Square to Downtown Crossing, these streets pose a daily hazard for bikers, keeping the city’s one crash per every 1,030 miles statistic afloat. There are many crash-mapping resources for bikers out there (see here and here), and the Ghost Bikes initiative does a lot to publicly mark the sites of lethal accidents, but what bikers need is something preventative. An inventoried list that they can point to as problem areas that need immediate attention. This list is by no means comprehensive – but it is symptomatic. Though it excludes many deadly locations in the Greater Boston Area, it does cover several major thoroughfares that bikers populate, and it does diagnose systematic issues that can be applied on the city’s broader bike infrastructure. More than anything, it’s an education for bipedal travelers. Until the city nuts up and corrects these wayward avenues, Boston’s spoked citizens need to be on the lookout.

Outright one of the most poorly conceived sharrow switches in the city, this stretch of Comm by Kenmore Square sees the bike lane switch from the right to the left shoulder arbitrarily. This leaves bikers to hop lanes through traffic on one of the busiest lanes for commuters. Worse yet – the problem repeats as Comm rejoins Route 2 on the other side, and traffic in both directions is subject to the swap. 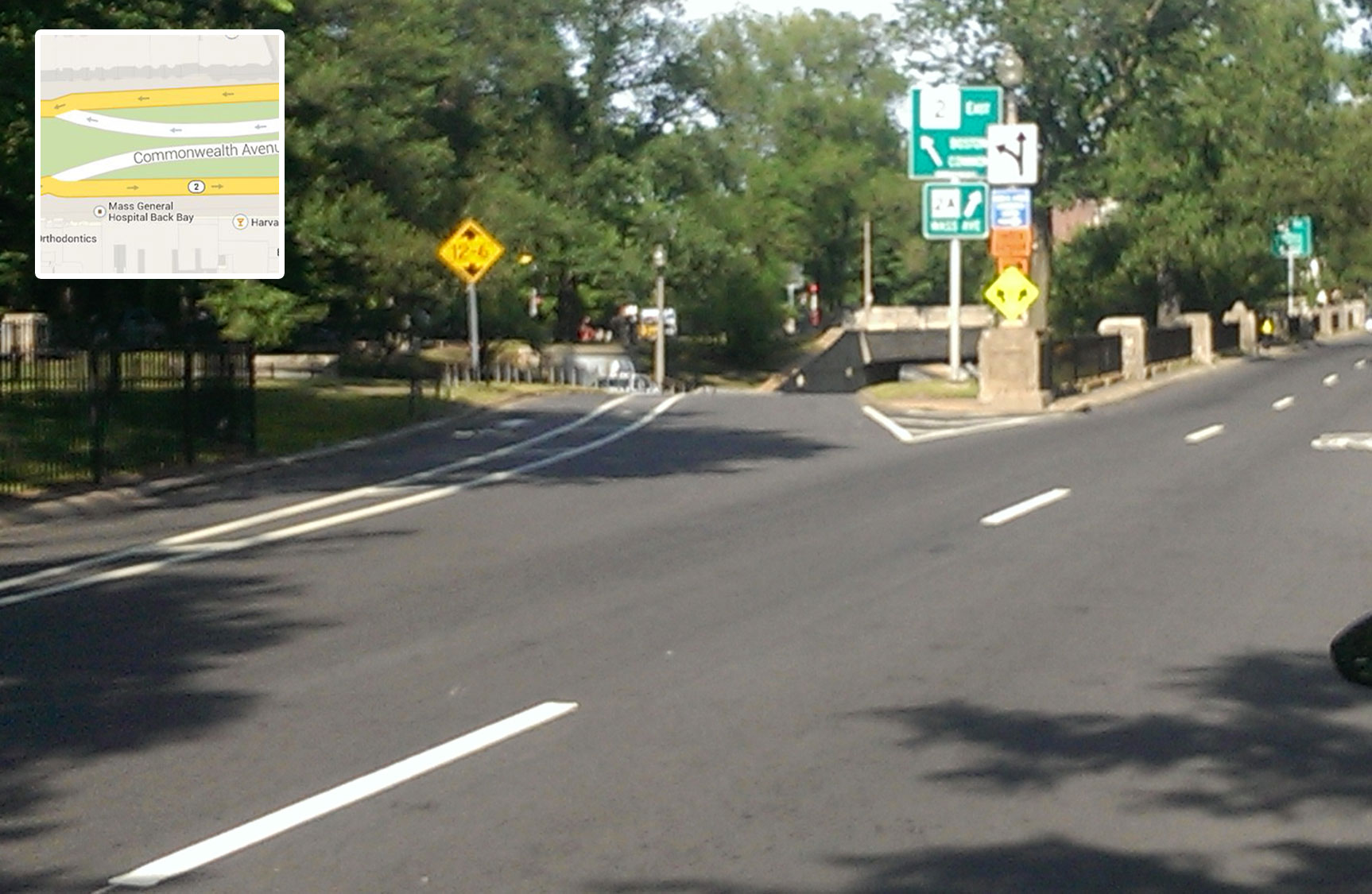 Biking to Cambridge through Lower Allston entails traversing a sharrow-less Cambridge St. that opens to the Mass Pike without a second thought to bikers. As motorists speed up to hit the on-ramp, bicyclists are constantly caught in the crosshairs and left with two choices – pedal yourself into the ground or become a bumper ornament. 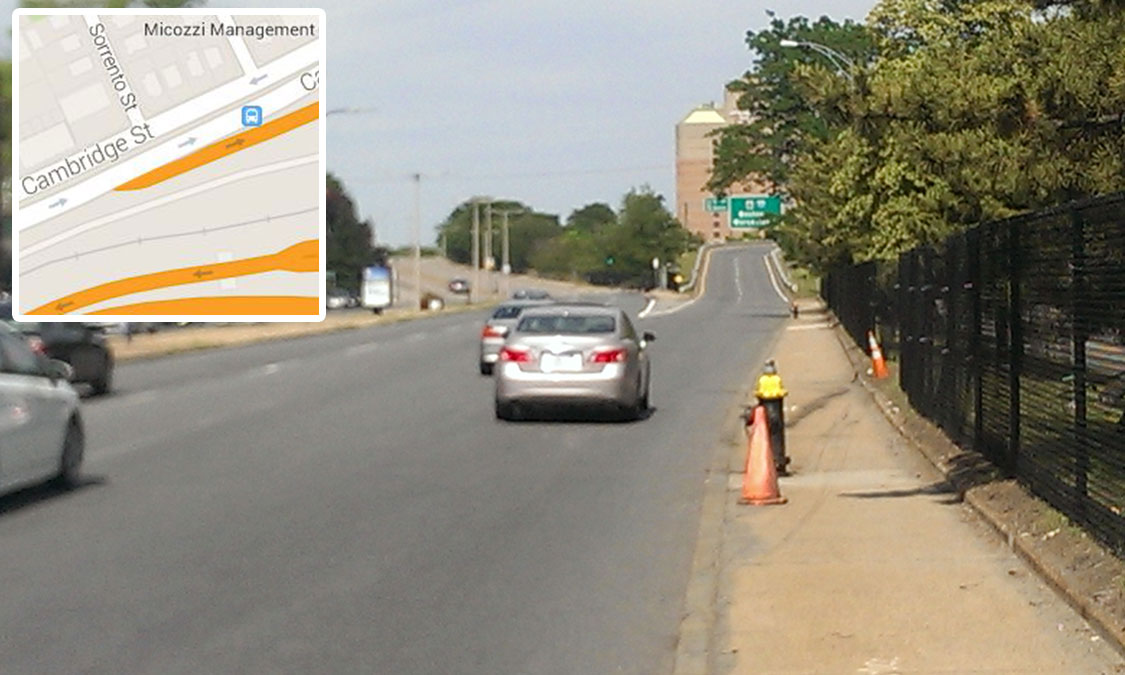 Just over the hill from the previous death trap, this is one of Boston’s most fucked intersections. Cars confusedly drift from lane to lane, and turn signals are at a premium. Then, immediately following the entrance to Storrow Drive, bicycle traffic is diverted to the sidewalk, which means bikers are forced to rejoin the roadway while dodging drivers turning right onto Memorial Drive, who get a green light at the same time. The chances to get t-boned abound. 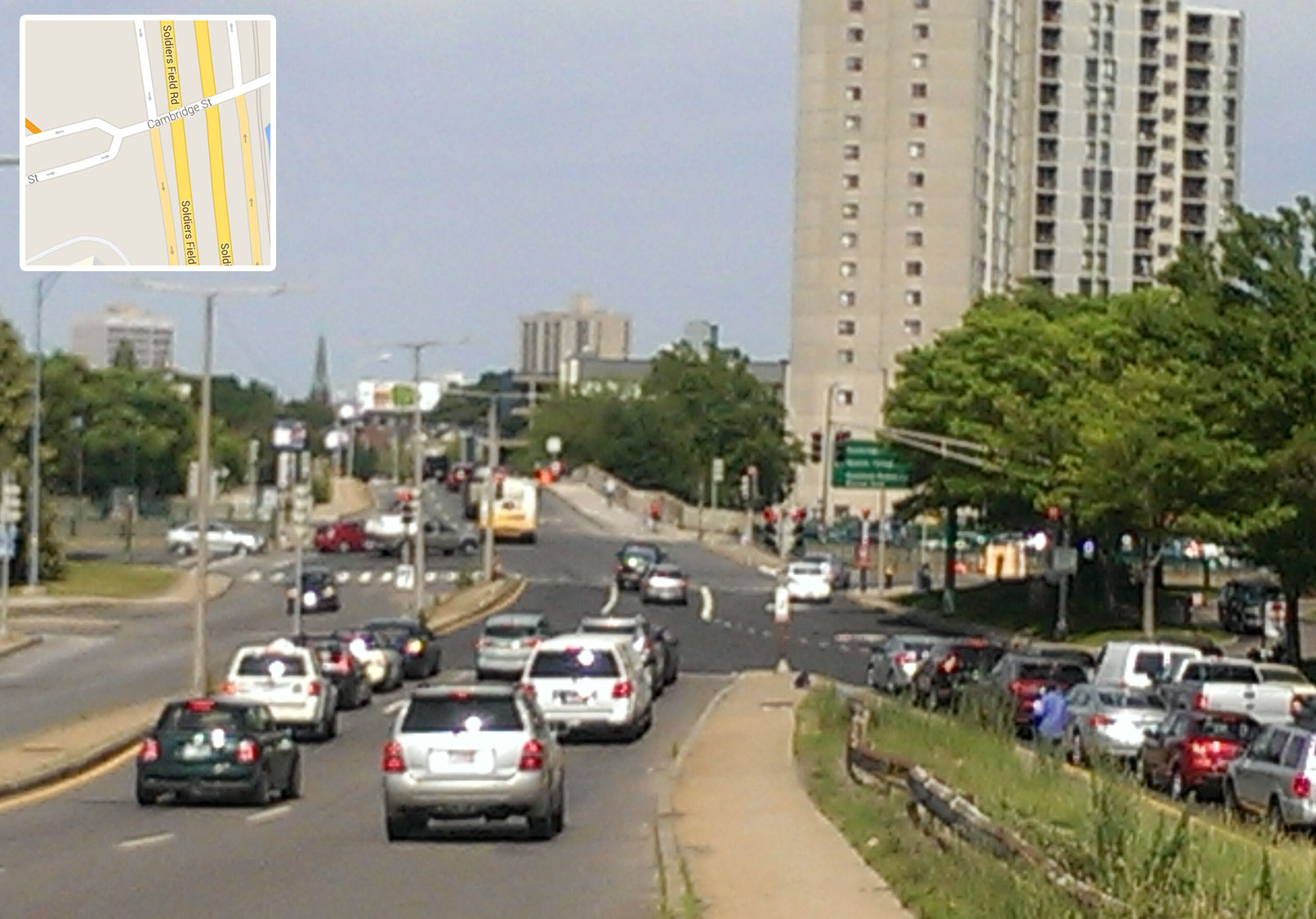 BU Students know that Comm Ave. towards the BU Bridge is treacherous. Yes, you get to ride in a highlighted bike lane, which usually keeps cars from crowding the commuting space, but stationary vehicles are the hazard here. As bikers pick up speed on the hefty downslope, the chance to get doored at high speeds multiplies. For students who are just learning the ins and outs of Boston’s bike scene, this can be a crash course in keeping your head up. 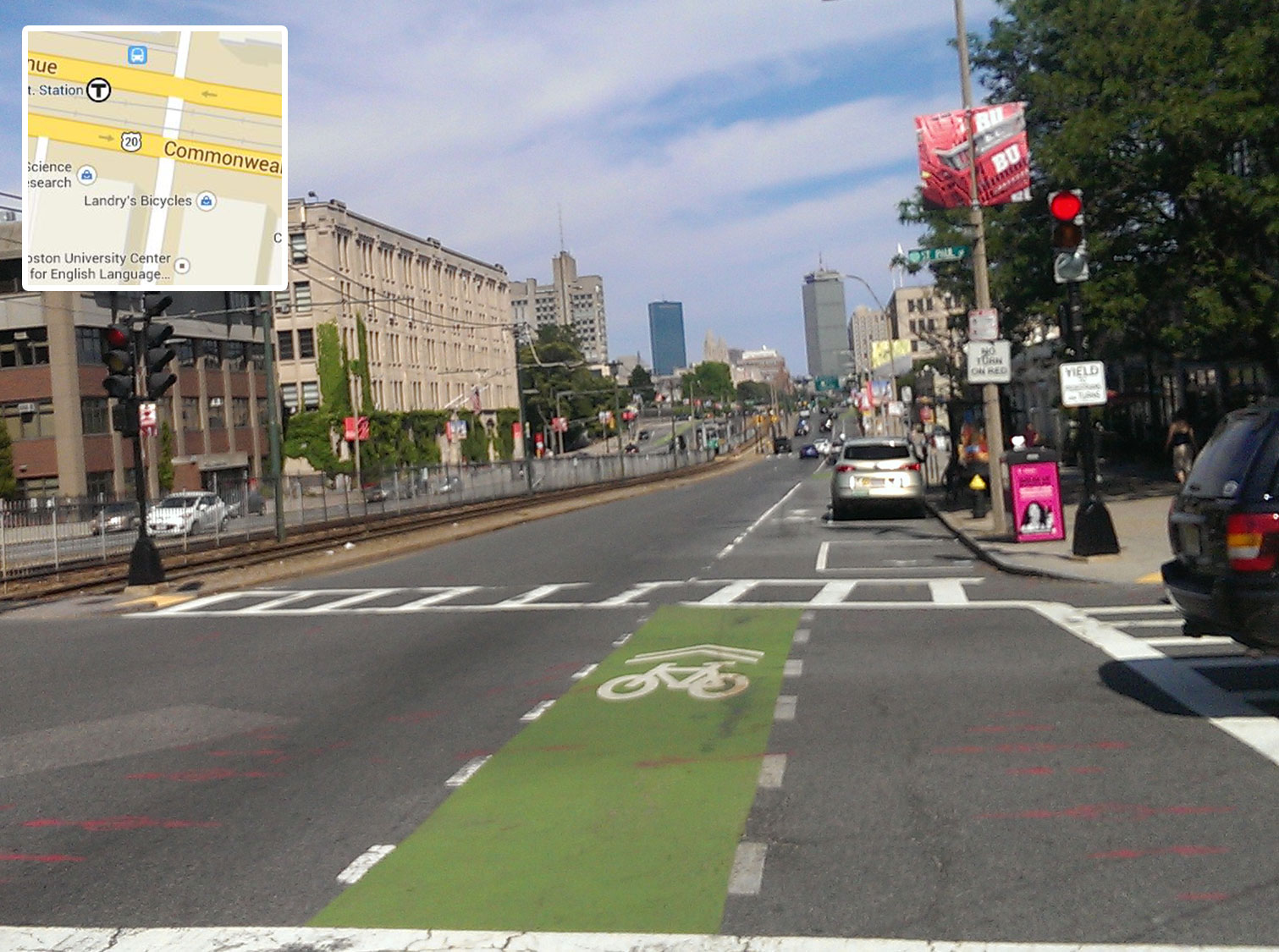 Bikes and buses make poor bedfellows, and they shouldn’t run in the same straits. However, this particular stretch of Essex towards Downtown Crossing ignores this fact of nature, forcing two-wheelers and 30,000-pound buses to cohabitate in the far left lane. The frequency of bus stops means that bikers will be forced to make passes on the right, which is a risky inversion of traffic logic. In this case, the risk pays off for no one, especially not bikers.

While most of East Cambridge’s malignant potholes have been given a scrape and pave, this one corner by Twin Cities Plaza subsists. Pockmarked down to the bricks, unaware bikers could easily find themselves biting pavement if they don’t swerve. With all the roadwork in the area, why has this corner been neglected? 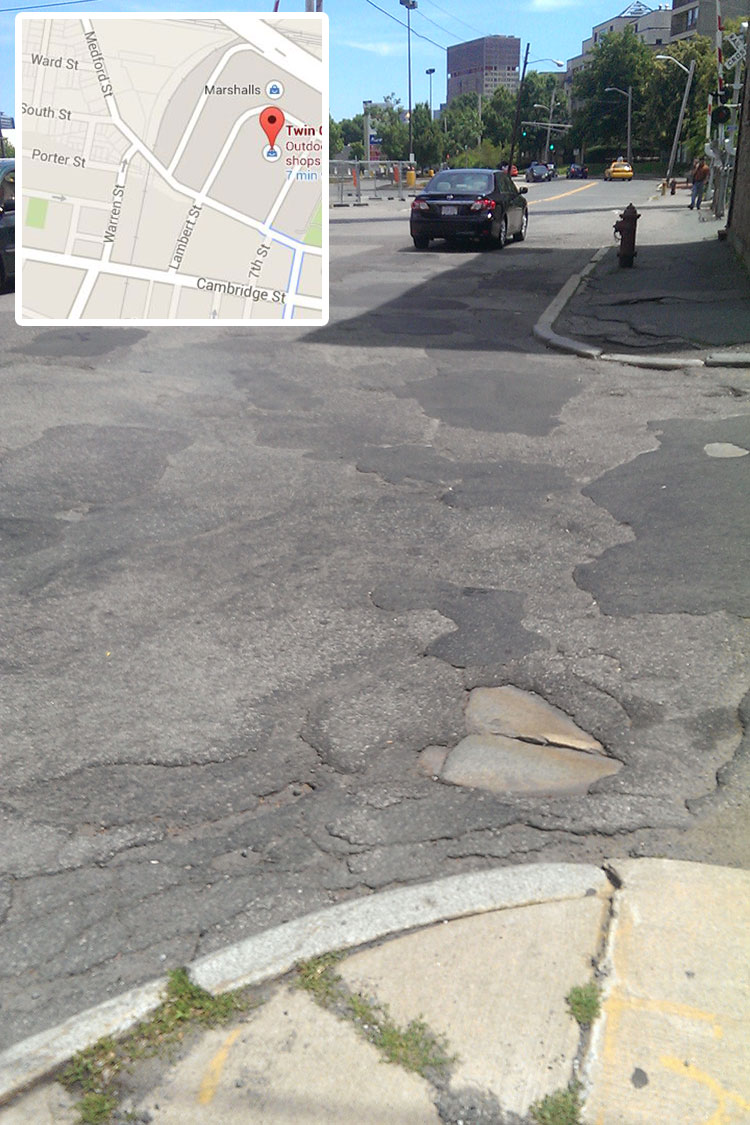 Up the road from the fuckery on Warren, this unkempt underpass plagues bikers ambitious enough to take Medford to Somerville’s Target. A steep dip is met with wonton sand drifts in the bike lane that will send even the most experienced bike commuters sprawling. The road then opens to one of Somerville’s least organized intersections. Bikers are better off taking less-busy, less-direct routes. 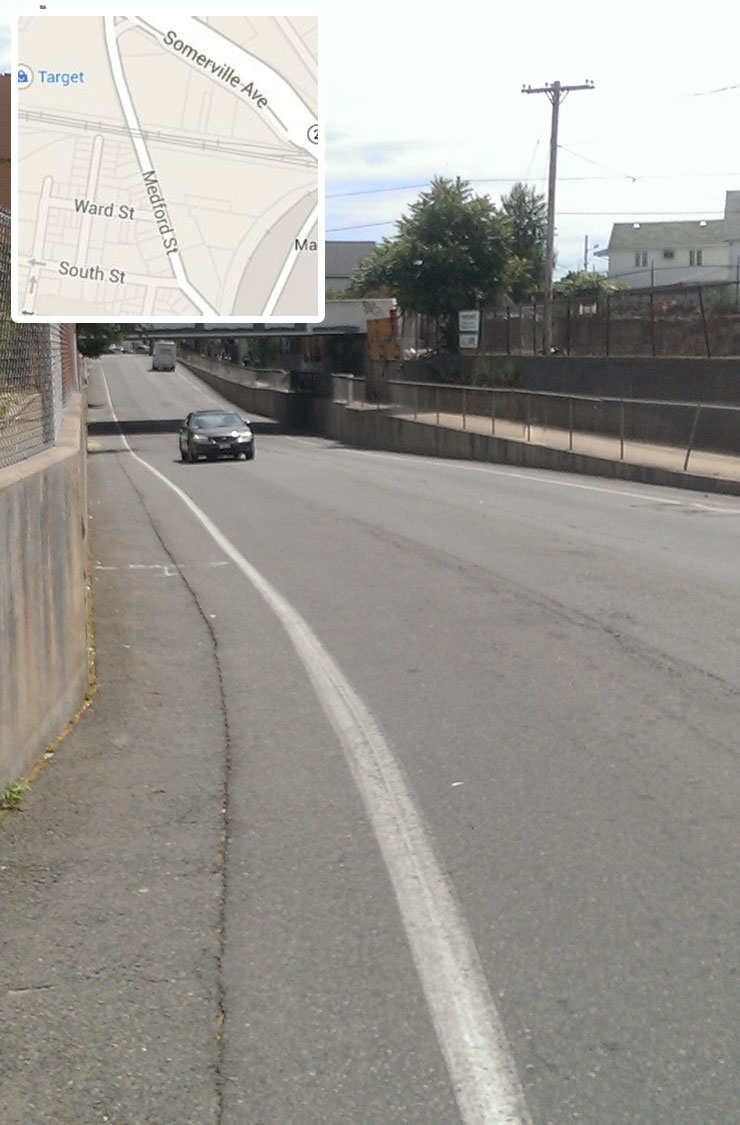 The Dudley Bike Path is supposed to be a hassle-free throughway for biking. That’s what makes this crossover in Watertown such a head-scratcher. To continue down the bike path, bikers have to traverse Watertown’s main artery at a light that has no crosswalk. The traffic barely ever stops, so the opportunity to actually make this jump is fleeting. For an inexperienced biker out for a recreational jaunt, this transition is an impasse. 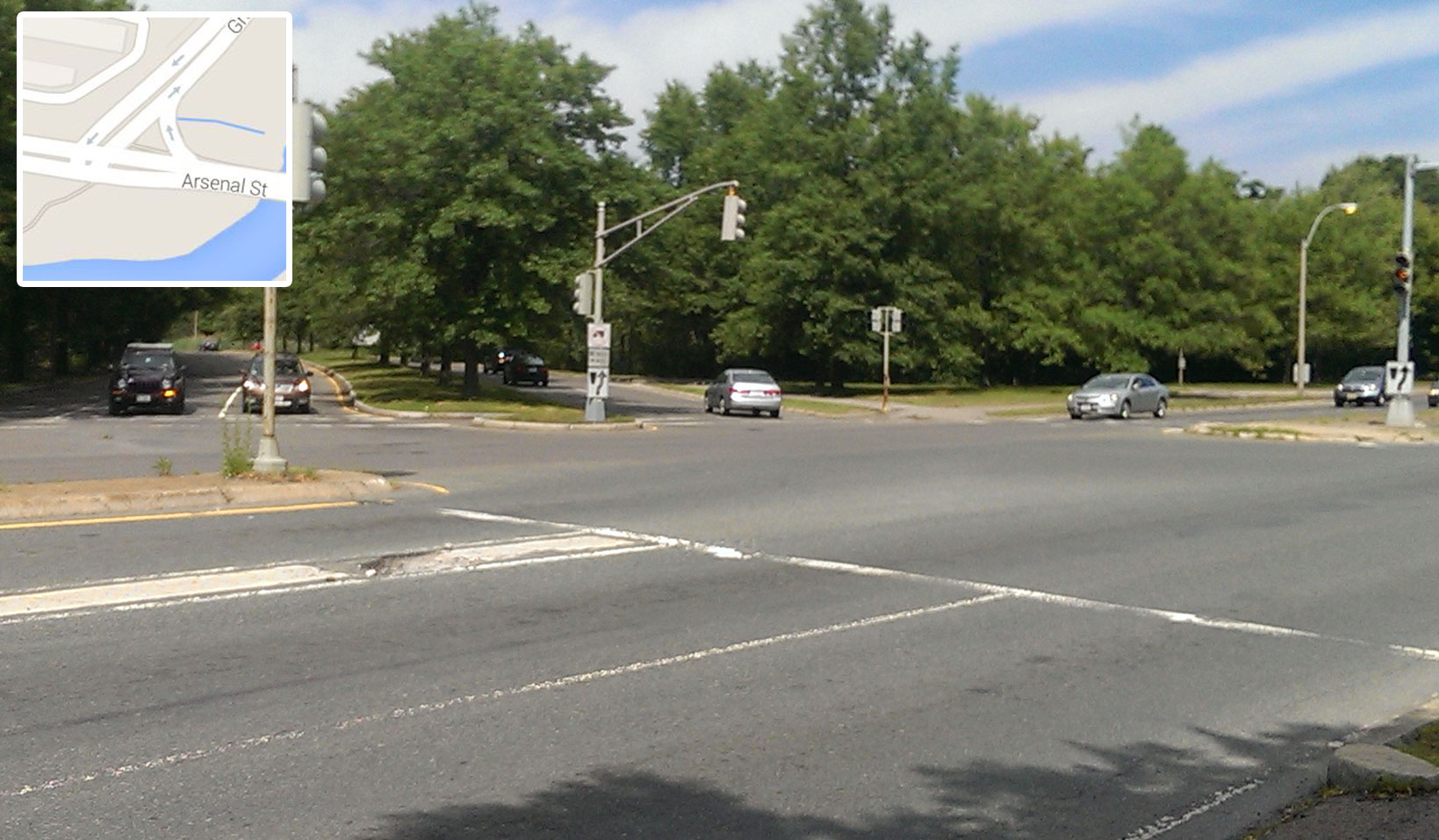 Where Parsons St., N. Beacon St., Leo M. Birmingham Pkwy., and Soldier’s Field Rd. meet, bikers dare. With aggressive morning motorists coming in all directions, it’s an intimidating crossroads for bicyclists. There’s really no right way to navigate it, given that there are no sharrows that protect bike traffic. It’s just another highway tangle that the Bicycle Gods forgot. 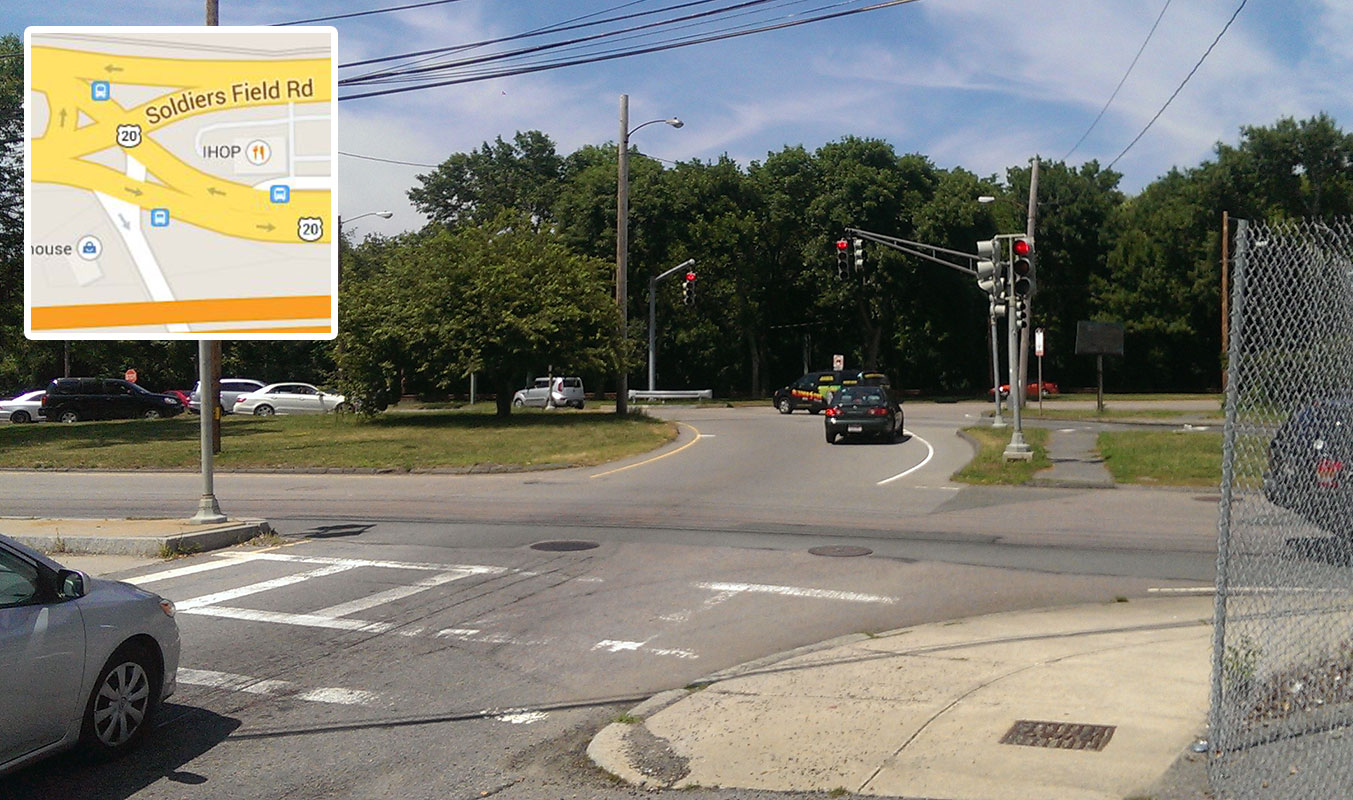 Highland Ave. is Somerville’s largest thoroughfare. So, when you’re pedaling up Cutter towards Porter Square, it makes no sense to join the fray in the middle of two lanes, but that’s exactly what this ill-planned intersection asks bicyclists to do. Traffic becomes an auger for fiberglass and bike frames.

When will the construction on this bridge be over already? The bottleneck the roadwork creates for pedestrian traffic is innavigable. Do bikes dare take the lane, or are they expected to cross, take the sidewalk, and weave between camera-peering tourists? Without a shoulder, a lane, or a sharrow on the road, it’s the bipedal commuters who get squeezed out in this never-ending clusterfuck. 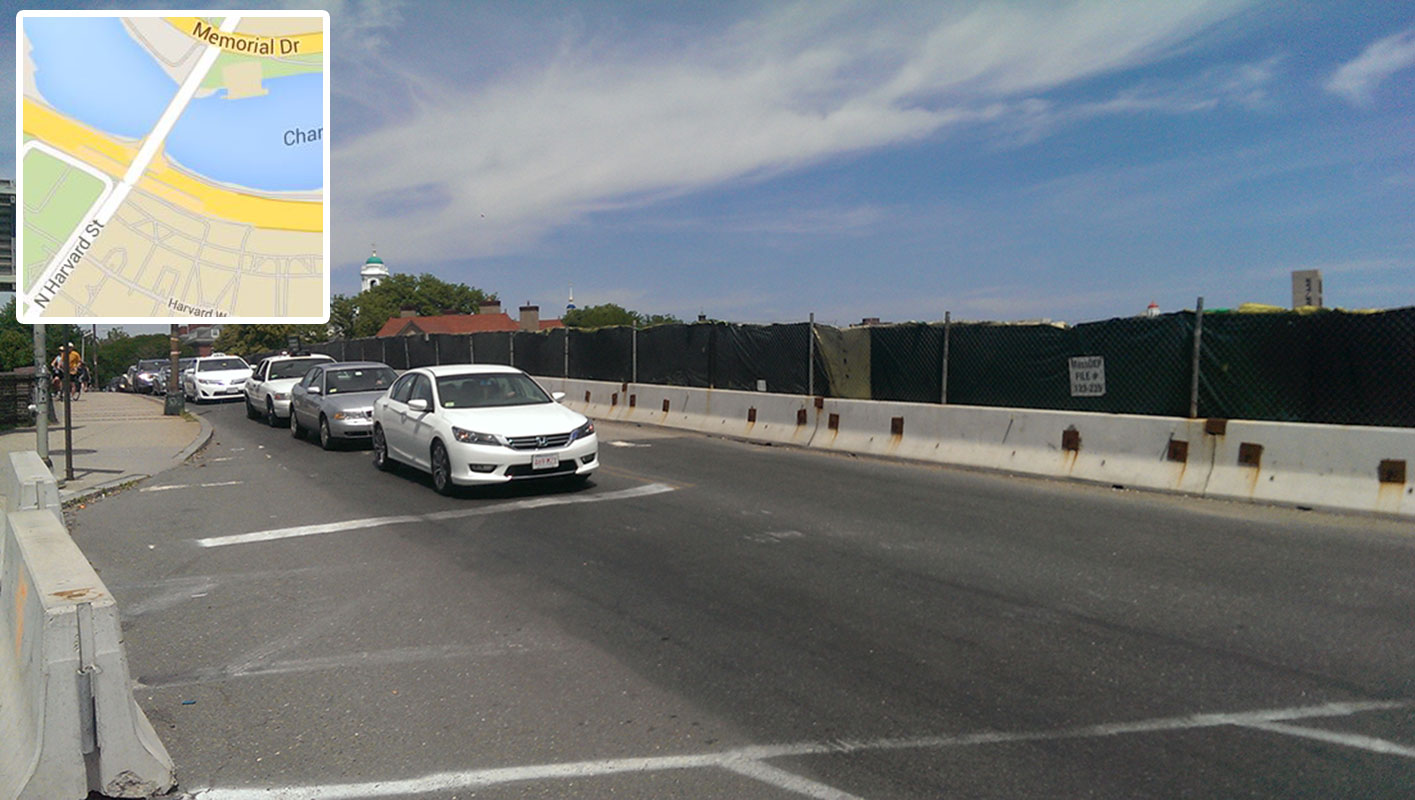