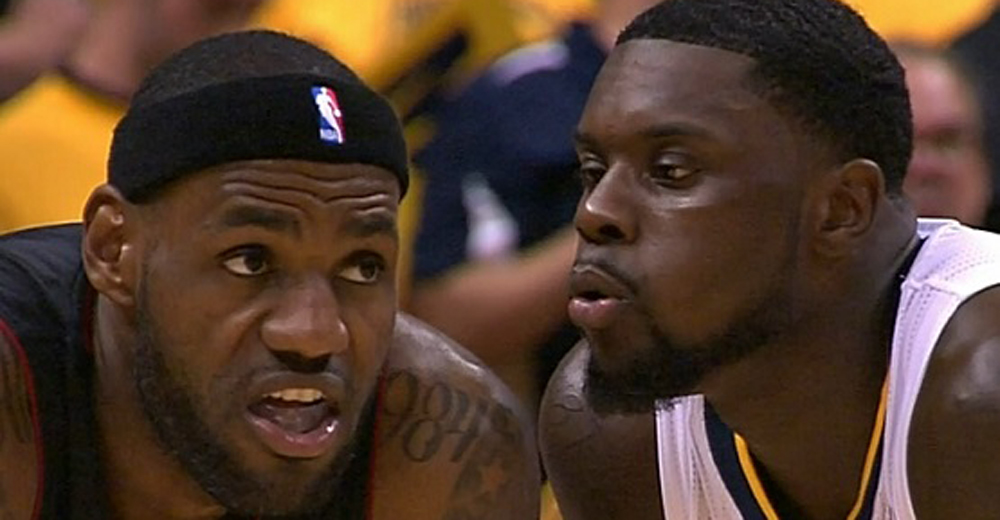 On sifting through the past week’s nominees for The Knuckles, one thing became abundantly clear: Knuckleheads everywhere. They can’t simply be contained to our fair city. They exist across the nation and overseas, covering sports as diverse as baseball, basketball and even soccer. If you’re a knucklehead and want to be recognized for your accomplishments as such, fear not. We will find you. So without further ado, let’s get to this week’s big winners…

The United States Men’s National Soccer team coach and former superstar player for the German National Team, made waves last week when he left Landon Donovan, arguably the best, most decorated, most clutch American soccer player in history, off of the World Cup roster. Donovan, 32, didn’t do himself any favors by taking a four-month sabbatical from the game, which ended in late March. And Klinsmann cited the star striker’s fitness as the biggest reason for the omission. But unless Donovan spent his entire vacation eating doughnuts and cheeseburgers and drinking heavy beers and brown liquor, he still should be on the roster and Klinsmann should know better.

Donovan has 57 career goals, making him the No. 1 scorer USMNT scorer of all time. No. 2 on the list is Clint Dempsey, with 38. Donovan also has 58 assists, which means he’s participated in 115 goals in his USMNT career. Who needs that kind of production anyway, especially in a sport where scoring is always at a premium?  If Klinsmann wanted his team to skew younger, that’s his prerogative. But 32-year old MLS veteran Brad Davis made the team and he’s played in 142 fewer USMNT games than Donovan, scoring exactly 57 fewer times. Yep, Davis has zero career goals with the USMNT. There’s just no rhyme or reason to the decision.

Look, the U.S. isn’t going to win the World Cup, which this year will be played in Brazil and opens up in two weeks. The team will be lucky to advance out of its group, which consists of Germany (perennial international powerhouse), Portugal (home of one of the two or three best players in the world in Christiano Ronaldo) and Ghana (a longtime USMNT nemesis). As is the case in most World Cup years, the USMNT should mostly just feel happy to be there. Which is all the more reason why Klinsmann’s decision to pass over Donovan makes no sense.

Lance has only been ballin’ in the NBA for four years but tomes could be written in regard to his act. Under the direct tutelage of his boss, Indiana Pacers team president/Celtics all-timer Larry Bird, Lance has gone from a second round pick who sat at the end of the bench for his first two years to the starting two-guard on a title contender. The Pacers were the best team in the league for the season’s first three months before hitting some major speed bumps that almost derailed their quest to unseat the Miami Heat on the championship throne. They nearly lost in the first round to the eighth-seeded, under .500 Atlanta Hawks before righting the ship, dropping the Washington Wizards in the Eastern semis and then taking Game 1 of the Eastern Finals from the Heat. They led Game 2 late and ran out to a 15-point advantage in Game 3, but wound up losing both of those games, setting the stage for Lance’s silver Knuckle Award.

Now, Lance may be a knucklehead, but he is tough, plays with some edge and is certainly self-aware. He’s on record as saying he’s aware that there’s a “Good Lance” and a “Bad Lance.” This is an important step in terms of conquering his inner knuckleheadedness. And in posting career highs across the board this year both in the regular season and the playoffs, he seems to have at least started down the road of letting his play do the talking. But he’s not far enough down that road yet, as evidenced by his calling out of none other than LeBron James prior to Game 4.

Poor Lance. He said that LeBron had shown him some “signs of weakness,” that he felt as though he was “getting under his (James’) skin.” Whoops.

LeBron, two-time champion and best player on earth, proceeded to score 32 points, grab 10 boards and dish five assists in his best game of the series en route to a 102-90 win and a commanding 3-1 lead in the series. Lance failed to back up his words, scoring exactly zero points in the first half and finishing with nine points and not even remotely factoring in the outcome. Lance continued to act out on the court in Game 5 last night, even going so far as to actually blow in LeBron’s ear at one point. And the Pacers did wind up winning – less so due to Lance’s mania and more so due to the officiating – clawing their way back into the series. Still, Game 4 and everything leading up to it was a classic example of “Bad Lance,” hence a spot in this week’s edition of The Knuckles.

The living, breathing puzzle that is the Red Sox 29-year old righthander just keeps on getting tougher and tougher to piece together. After walking eight batters in three-plus innings on Memorial Day in Atlanta (and, for the record, using the 84-degree temperatures as an excuse afterward), Buchholz, who once threw a no-hitter and started the 2013 season 9-0 with an ERA of 1.71, has allowed 99 base runners in 50 innings pitched. That’s not a stat line, that’s a science experiment gone horribly wrong.

No one knows what this guy’s deal is, and that includes his manager and pitching coach. He is capable of fabulous achievements, as noted above. He is also capable of the trash fire that he set and continues to stoke this season. One minute, he’s a Cy Young favorite, the next he’s on the disabled list for over three months because he fell asleep holding his infant daughter at a strange angle. One minute, he’s a major contributor to a win in a World Series game despite pitching with greatly diminished stuff, thereby creating the illusion of mental toughness. The next, he’s puddle who has allowed 10 earned runs on 13 hits and 10 walks over his last 7.2 innings pitched. Is he hurt? Is he completely incapable of getting out of his own way? Again, no one knows. All that is certain with Buchholz is that at some point, he will wind up on the DL, which he did again yesterday, for the fifth straight year, this time with (ahem) a hyperextended knee. 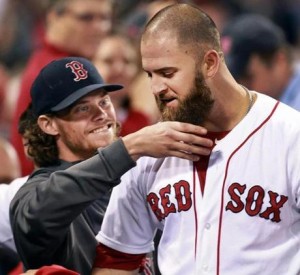