The Open Internet Will Keep Us Stupid and Happy 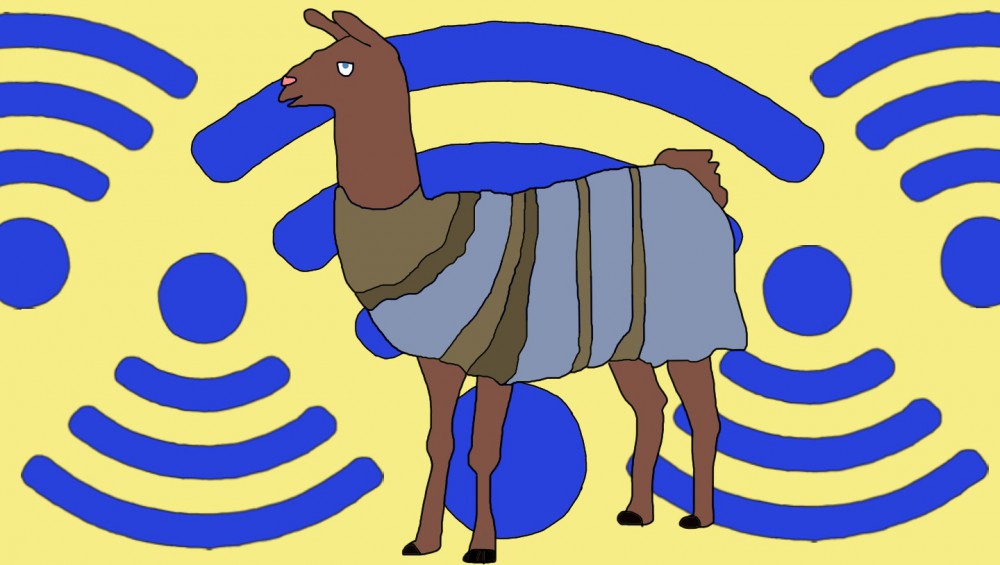 One was a police chase involving two llamas. The other, a dress that nearly plunged the nation into civil war.

It’s a sublime coincidence that both occurred on the same day that the FCC classified the Internet as a public utility.

While upholding net neutrality means a number of positive things for the everyday user, it boils down to this: your Internet provider won’t be able to jack up prices to use your favorite websites, and the new laws in place will make it far harder for companies like Verizon and AT&T to rip customers off.

We did it, dummies. We can be stupid forever.

FCC Chairman Tom Wheeler spoke about the reclassification yesterday to hearty applause and approval from the commission, while a T-Mobile executive somewhere crossed his arms and pouted.

“The Internet is too important to allow broadband providers to make the rules,” Wheeler said to the panel to rampant approval.

“So today after a decade of debate in an open, robust year-long process, we finally have legally sustainable rules to ensure that the Internet stays fast, fair and open.”

In case you forgot what net neutrality is, it’s cool.

I forgot my mom’s birthday this year and that’s way worse.

Wheeler wasn’t kidding about the debate lasting well over a year, and if you have any passive aggressive Facebook friends or have followed the saga yourself, you’ll know that half of the reason this victory occurred is because of the big, dumb Internet itself, and that’s kind of beautiful.

That is, the overturning of net neutrality would mean that major websites would need to pay more money to major Internet service providers, or ISPs (think Verizon, AT&T, T-Mobile and the like) in order to receive fast loading times, and websites that couldn’t afford to keep up would fall into Internet oblivion.

The Facebooks and Buzzfeeds of the world would need to pay premiums to get into what was referred to as “fast lanes,” which would allow the average user to continue to use them at the speed we would use any website now, while smaller websites would load slower.

Here’s the thing – the Internet has increased our expectation of how quickly we can and should have access to content of any kind. Without giving a pants-pulled-up-to-your-neck, you-darn-millenials lecture, this does make a difference in how long we’re willing to wait to see a llama running away from the police or a dress that we don’t quite know the color of.

The net neutrality debate raged on for some time, and the main argument is that fast lanes would prevent the next Facebook or Buzzfeed from happening. CEOs like Mark Zuckerberg and Jonah Peretti were able to launch such successful websites because there was nothing to prevent the average web user to getting full access to their product. With slowed loading times, we’re provided with an excuse to click away from a site that could have been the next big thing, limiting growth and putting an obscene amount of power into the hands of companies who can afford the fast lane – that is, an unbalanced Internet.

Not surprisingly, major websites didn’t want to pay these proposed sums to ISPs, providing them with an excellent opportunity to side with the average users who were fighting for net neutrality and play the role of the good guy while hopefully saving themselves money in the long run. In early May, Netflix, Facebook, Google and Amazon all signed off on a letter that supported net neutrality, doubling as a solid PR move and a swipe at the cash grab from the ISPs.

We have the trolls to thank. And John Oliver.

If you submitted your comment to the FCC about upholding net neutrality over the summer, give yourself a pat on the back – you done good, and even Tom Wheeler’s gotta hand it to you.

“…a shout out to the four million Americans who took their time to share their views,” Wheeler said after upholding net neutrality in a 3-2 vote.

While there were thousands advocating for preventing fast lanes, many media outlets are crediting one man (and television show) for engaging users of the dumb Internet in the larger discussion surrounding net neutrality: John Oliver and Last Week Tonight.

Last summer, Oliver’s show produced a thirteen-minute segment talking the average viewer through what net neutrality is, who are the major players, and why putting more power in the hands of ISPs is a losing move across the board for Internet users. At the end of the segment, Oliver gave his viewers a direct call to action and asked that they share their opinions with the FCC by going to the Commission’s website, which had opened itself to comments. He targeted Internet trolls in particular:

“This may be the moment you’ve spent your whole lives training for…We need you to get out there, and for once in your lives, focus your indiscriminate rage in a useful direction. Seize your moments, my lovely trolls, turn on caps lock and fly, my pretties, fly!”

The move paid off big time – the video is currently at over eight million views, and the trolls took to the FCC website so hard that it actually crashed several days after the segment went viral. The FCC extended their deadline to have commenters submit their thoughts and, as Wheeler attested to, over four million citizens ended up weighing in.

John Oliver’s success can be considered yet another victory for the Internet. While his show technically airs on HBO Sunday nights, it’s posted for free on YouTube and garners millions of views, and spurred momentum in already-established movements of the “indiscriminate rage” Oliver spoke about on websites like Reddit. In fact, President Obama issues a handwritten letter to the users of Reddit for fighting for net neutrality.

“Thanks Redditers!,” Obama wrote. “Wish I could upvote every one of you for helping keep the internet open and free.” Dang, guys, not bad.

Can we be stupid forever now? 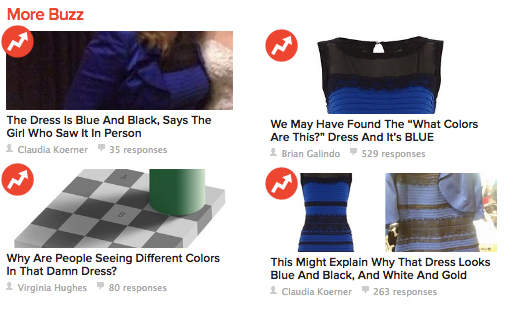 At this point, it’s unfathomable to think of anything short of a gale-force wind storm full of knives that could prevent the Internet from brimming with memes, .gifs and asenine materials from content farms. Hell, I used to write for a content farm in Boston, and yes, I have written an article titled “How Seth MacFarlane’s A Million Ways To Die In The West Can Teach Us About How to Run Our Tech Companies,” and that is objectively gross.

The Internet is stupid, but it was almost stupid and expensive. Thanks to the net neutrality vote passed yesterday, we won’t need to worry about our access to llamas and confusing dresses being hindered…for now, anyway.

Hold your llamas, dummies, we’re not out of the woods quite yet. While yesterday’s vote is a major step in the right direction, and what Tom Wheeler referred to as the proudest moment of his public service career, there’s years of court battles to come before we can truly be stupid forever.

There’s no doubt that major ISPs will be following up with hefty lawsuits – Comcast has already announced that the ruling will “lead to years of litigation and regulatory uncertainty.” At best, the FCC provided the Internet with a promising temporary solution that stands to become permanent if Congress gets on board. As net neutrality inevitably begins to involve Congress in addition to the FCC, many are speculating that the future of the debate lies in finding a bipartisan solution to the issue during the next presidency. Gray areas like networks exchanging data, taxation that the FCC has no say in amongst other issues are yet to be determined.

It all boils down to this: the persistence of human stupidity is a freight train that will not be stopped.

Whether it’s clickbait today or the fact that people used to poop into ceramic bowls and throw it out the window, or whether there’s actually clickbait articles about medieval poop and the fact that it still stinks today, we’re in this together now.

Thanks for your time, I’m going to go watch a TED Talk about how ISIS can teach me how to love myself better if I only gave the four-hour work week a chance, and you better believe it will be hosted by a CEO with a prosthetic leg.

Thankfully, I still have the freedom to do that.

Enter to win a pair of tickets to attend The Hess Collection Seminar and Dinner as part of Boston Wine Festival 2018 at the Boston Harbor Hotel on Wednesday, March 14th. END_OF_DOCUMENT_TOKEN_TO_BE_REPLACED

A decade of Wreck The Halls. END_OF_DOCUMENT_TOKEN_TO_BE_REPLACED

HUBweek came to Boston, and we were there to take it all in. END_OF_DOCUMENT_TOKEN_TO_BE_REPLACED

Leah Wellbaum from Slothrust brought her trusty six-string to Studio B and turned in the first RadioBDC Session of 2017. Check out her three songs and her chat with Julie Kramer, recorded live on February 28, 2017. END_OF_DOCUMENT_TOKEN_TO_BE_REPLACED

Mike McColgan and Lenny Lashley of Street Dogs were in session on November 30, 2016 to play three songs and chat about their annual Wreck The Halls shows at Brighton Music Hall December 15-18. END_OF_DOCUMENT_TOKEN_TO_BE_REPLACED

Tegan and Sara stopped by for a chat before their House of Blues show on Halloween night. END_OF_DOCUMENT_TOKEN_TO_BE_REPLACED